Articles
Katherine Fan is a former senior travel features reporter at The Points Guy who covered everything from personal finance to travel and aviation.
Oct. 01, 2018
•
3 min read 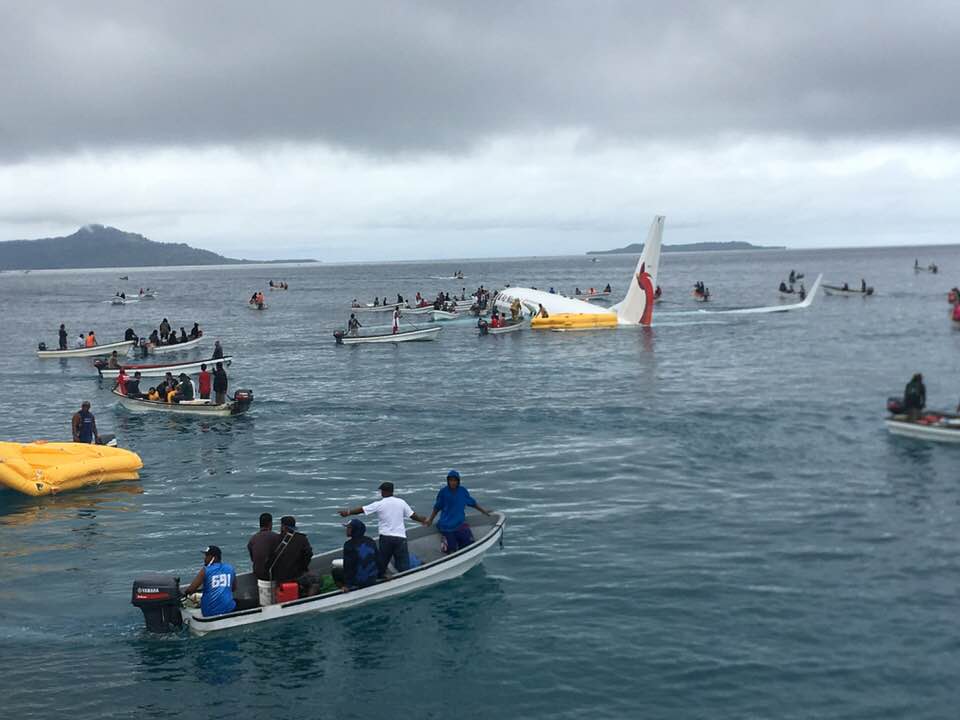 Air Niugini confirmed Monday that the body of a missing passenger had been found by divers in the lagoon next to Micronesia's Chuuk International Airport (TKK), where Flight 73 crashed last Friday.

It is with deep sadness I confirm that the body of a male passenger was discovered by divers today as they conducted a further search of P2-PXE and the surrounding area in the Chuuk Lagoon.

This is the unaccounted passenger from the aircraft. Our outreach team is in touch with the man’s family and we are making arrangements to repatriate his body.

The circumstances surrounding this accident are now a matter for relevant authorities as they begin their task of investigating the events that led to the incident and the actions which followed. We are committing all required resources to ascertain the factors that led to this accident.

We express our deepest sympathy to his family. We are and will continue to provide support to his family in this time of loss.

The flagship carrier of Papua New Guinea has never before had a fatality in 45 years of operation. The small airline provides "crucial links between isolated Melanesian outposts in the Pacific and the rest of the world," according to the Associated Press.

Chuuk Island is one of 607 islands that make up the Federated States of Micronesia, a tiny island nation in the South Pacific. The runway was originally built during World War II in 1942 and is only 6,006 feet in length, surrounded by water on both sides.

On Friday, the Boeing 737-800 registered P2-PXE was landing from nearby island Pohnpei under "very poor" weather conditions including sudden heavy rain and extremely reduced visibility. Locals nearby used small fishing boats to rescue survivors from the plane before it sank in the 100-foot lagoon, while bystanders uploaded live footage of the event to social media.

Over the weekend, Air Niugini flew in its top executives as well as the company doctor to assist passengers from Friday's crash. The initial report stated that all passengers had been safely rescued. Several were taken to a nearby hospital after sustaining injuries from the crash, including some bone fractures.