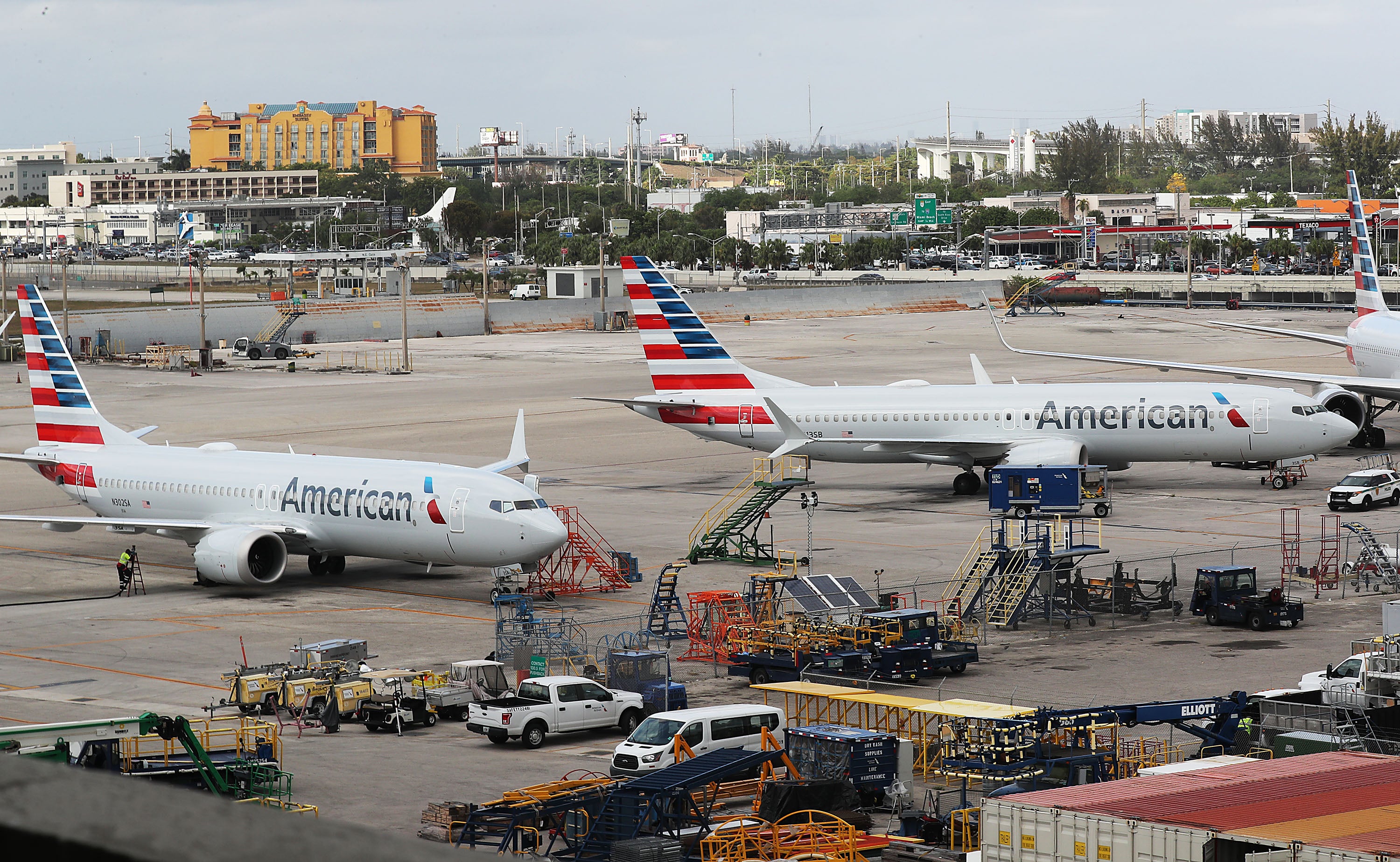 American Airlines mechanic charged with 'willfully damaging' aircraft just before departure
This post contains references to products from one or more of our advertisers. We may receive compensation when you click on links to those products. Terms apply to the offers listed on this page. For an explanation of our Advertising Policy, visit this page.

In a confrontation with American Airlines President Robert Isom in May, Transport Workers Union president John Samuelsen threatened the "bloodiest, ugliest battle that the United States labor movement ever saw." In July, one of the union's mechanics apparently took this rhetoric literally. Now, he's facing up to 20 years of prison for his actions.

As reported by the Miami Herald, Miami-based mechanic Abdul-Majeed Marouf Ahmed Alani was charged on Thursday with "willfully damaging, destroying or disabling an aircraft." The act was discovered when the aircraft was taxing to the runway with 150 passengers on flight 2834 from Miami (MIA) to Nassau, Bahamas (NAS) on July 17.

According to the report, the pilots were alerted to an issue by onboard systems. FlightRadar24 data from the flight shows the aircraft turned around shortly before reaching runway 8R for takeoff. The aircraft (registration N978NN) taxied to a holding spot and held for around 15 minutes before returning to a gate.

In a statement to TPG, an American Airlines spokesperson confirmed that flight 2834 from Miami to Nassau, Bahamas, "returned to the gate due to a maintenance issue." Passengers were re-accommodated on a new aircraft which then departed for Nassau. FlightRadar24 data shows that flight 2834 arrived more than four hours late.

The spokesperson confirmed that damaged aircraft was removed for service for maintenance and returned to service "after an inspection to ensure it was safe." When the tampering was discovered, the airline "immediately notified federal law enforcement who took over the investigation with our full cooperation."

That investigation has lead to charges being filed against the mechanic. Video footage from the morning of the incident showed the mechanic approaching the aircraft and "accessing the aircraft’s compartment where the navigational system was located in the plane." The affidavit says that the act took about seven minutes to complete.

The defendant is expected to make his first appearance in federal court on Friday to face charges. If convicted, the punishment for willfully damaging an aircraft under 18 U.S. Code § 32 is imprisonment for up to 20 years.

According to the criminal complaint, the reason the mechanic gave for his actions was that "he was upset at the stalled contract dispute between the union workers and American Airlines." However, he stated that his intention was "not to cause harm to the aircraft or its passengers" but to "cause a delay or have the flight cancelled in anticipation of obtaining overtime work."

His apparent actions came just seven days after a US District Court judge approved amendments to AA's temporary restraining order against its mechanics and their unions. The judge ordered the mechanics and the unions to refrain from "any form of interference with American’s airline operations."

The original restraining order was issued on June 14 when the airline demonstrated that maintenance-related flight cancellations had tripled since the airline filed a lawsuit against its mechanics on May 20. The original lawsuit claimed that AA mechanics were intentionally slowing down work to delay the airline's operations. An expert engaged by the airline stated that "the probability that this is random as opposed to the result of concerted behavior is far less than one in several billion."

The judge ordered the mechanics to not engage in "any concerted refusal to perform normal operations." The amendment to the temporary restraining order was filed for and approved on July 10 after the airline demonstrated that mechanics "refused to accept overtime as [they] would in the normal course" and that maintenance cancellations continued to be unusually high.

In a statement issued Friday morning, the TWU/IAM Association "condemns, in the strongest possible terms, any conduct by any individual that jeopardizes the safe operation of an aircraft." The association clarifies that "safety is the number one priority for our IAM and TWU members involved in the maintenance and operation of aircraft. Any conduct that jeopardizes that safety is not tolerated or condoned by the leadership or members of our organizations."