A Utah Pilot Committed Suicide by Flying Into His Own House 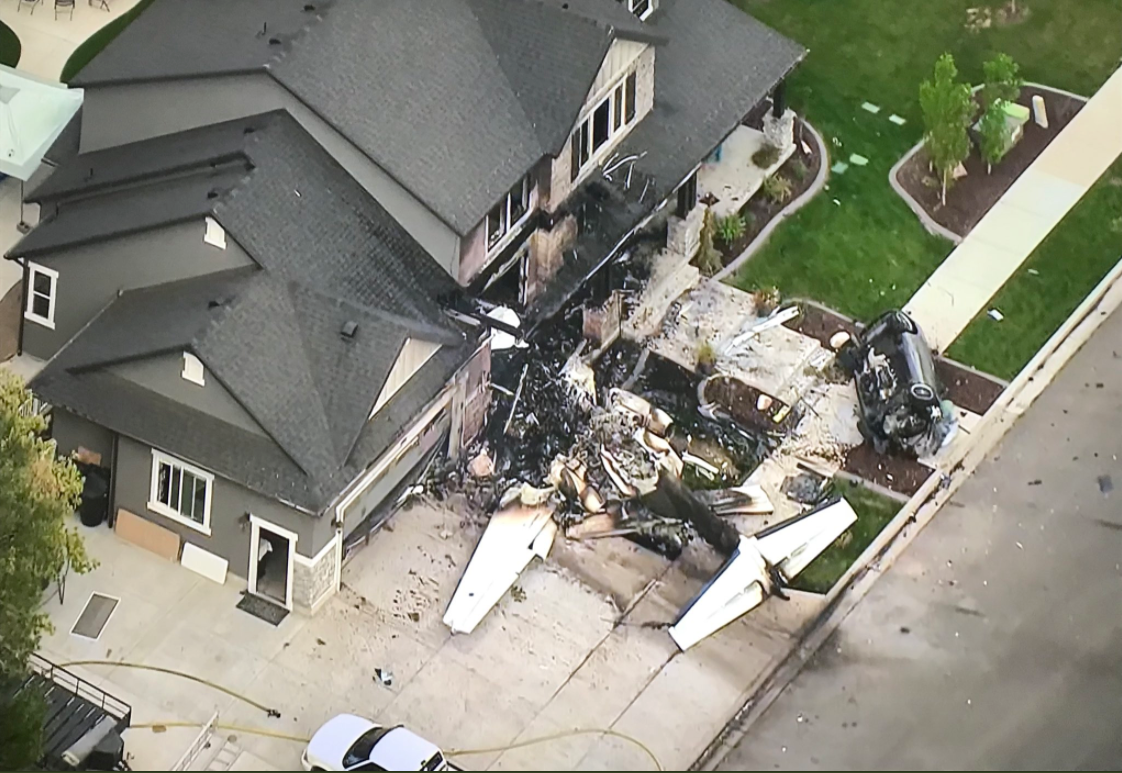 A Utah Pilot Committed Suicide by Flying Into His Own House

A pilot of a small plane in Utah was pronounced dead Monday morning after he flew a Cessna 525 Citation Jet into his home.

Police say that Duane Youd had been arrested after a domestic dispute on Sunday night. He was released on bail from Utah County jail and had a police officer escort him to his house around midnight to collect a few belongings. Then, at about 2:30am, Youd crashed the small jet into the house he shared with his family.

Authorities said Youd's wife and an unidentified juvenile inside the home were able to escape safely. Youd died at the scene of the crash and was the sole occupant of the plane, which officials say belonged to a company that had employed Youd, who was a pilot. A search of the FAA pilot database shows that he was qualified to fly Citations, small twin-engined business jets that can carry up to 10 passengers.

Youd flew the jet underneath nearby power lines and clipped the corner of a neighbor's garage as he crashed into the home. Both the plane and the house caught fire, but authorities were able to extinguish the blaze. Police said it was incredible no one else was injured in the incident.

"It's a lucky thing for us," local Police Sgt. Noemi Sandoval told KSL news. "It could have been so much worse."

Youd crashed his plane just two days after a 29-year-old ground services employee at Seattle-Tacoma Airport stole a Bombardier Dash-8 Q400 aircraft and crashed it in a bizarre incident. Another high-profile pilot suicide occurred in March 2015 when a Germanwings pilot deliberately flew an Airbus A320 full of 144 passengers and six crew members into the side of a mountain in the Alps. Everyone on board perished in that incident.

If you are having thoughts of suicide, contact the US National Suicide Prevention Lifeline (1-800-273-8255) — open 24 hours a day, every day. You can also visit SpeakingOfSuicide.com/resourcesfor a list of additional resources.