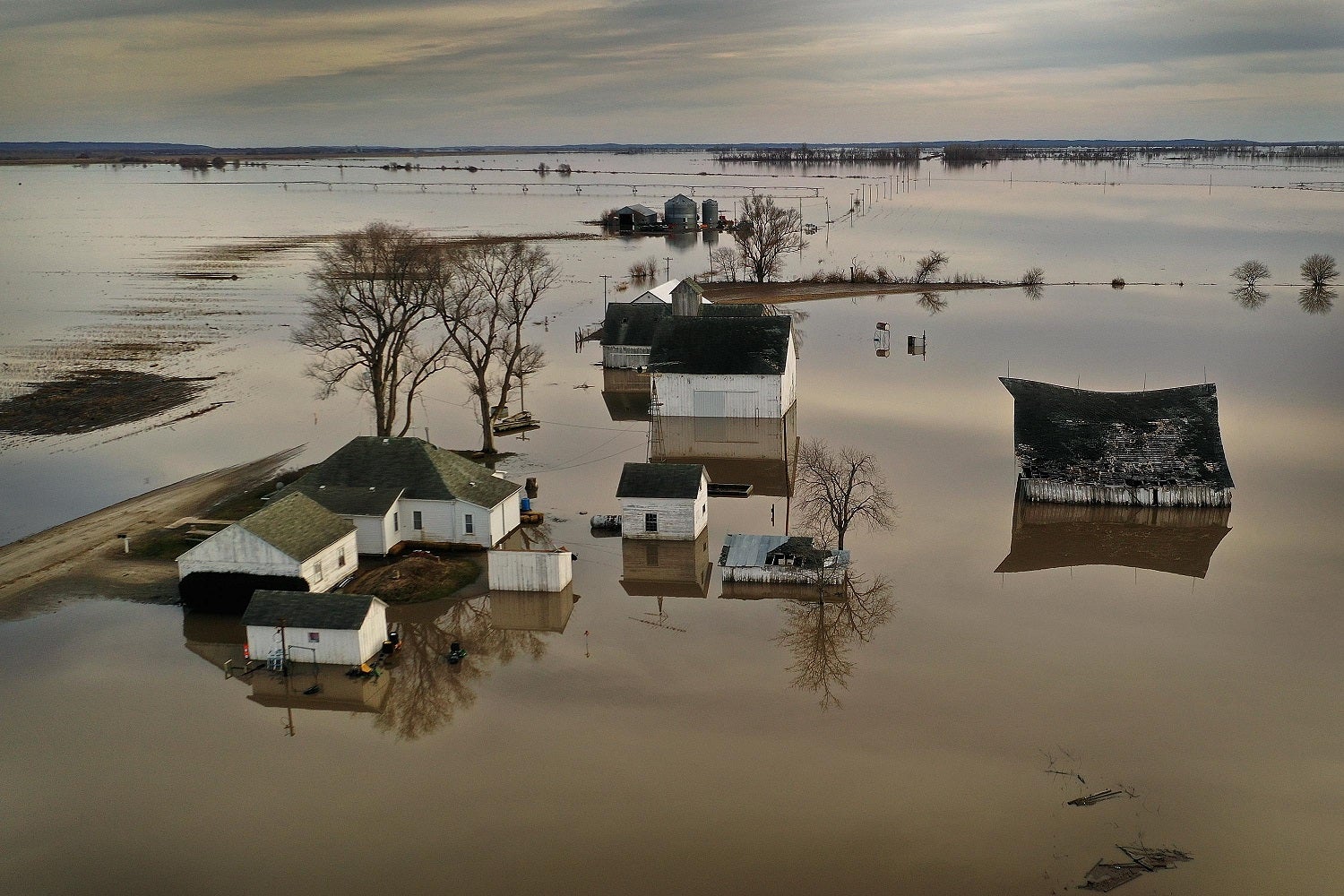 Limited Time: Earn 10x AA Miles for Donating to the Red Cross
This post contains references to products from one or more of our advertisers. We may receive compensation when you click on links to those products. Terms apply to the offers listed on this page. For an explanation of our Advertising Policy, visit this page.

Historic devastating flooding is occurring now in the Midwest, causing an estimated $3 billion in damage so far and displacing thousands of residents from their homes. And experts warn that the flood risk could persist for months.

One of the best ways that you can help those whose lives are being affected by the flooding is by donating money to the Red Cross. While donating goods can help, the Red Cross can use its purchasing power to make the most out of cash donations to purchase and ship exactly what's needed most.

Now, you have even more reason to give: Through March 31, American Airlines will give AAdvantage members 10x miles per dollar donated to the Red Cross for donations of $25 or more.

The terms and conditions are short, but include a couple of important pieces of info: you need to provide your AAdvantage number at the time of donation, and miles won’t show up on your statement for 30 to 45 days after the donation is received. So don’t count on the miles posting immediately.

In his latest valuations, TPG pegs the value of AAdvantage miles at 1.4 cents per point. At that rate, this 10x bonus gets you an effective 14% rebate on your donation before even factoring in the points and miles you’d get from the credit card purchase.

If you’re not working toward a minimum spending requirement, you’ll want to use a general spending credit card such as The Blue Business®️ Plus Card from American Express (4% = 2x Membership Rewards points on the first $50k of spending per calendar year; then 1x thereafter), Chase Freedom Unlimited (3% by pairing the card's 1.5% earnings with a credit card that earns Ultimate Rewards points), Capital One® Venture® Rewards Credit Card (2.8% = 2x Venture Rewards miles) or Bank of America®️ Premium Rewards®️ credit card (up to 2.63% cashback based on the amount of assets you hold through BOA and Merrill).

Besides helping the group provide help to those in need, other good reasons to donate through this campaign are:

This isn't the first time that American Airlines has offered bonus miles for donating to a good cause. The world's largest airline reports that "American and its customers donated more than $545,000 in cash and in-kind support to help with the California Wildfires and Hurricanes Lane, Florence and Michael" in 2018. And that's in addition to American Airlines' $1 million per year in corporate donations to the American Red Cross Annual Disaster Giving Program (ADGP).