Articles
Katherine Fan is a former senior travel features reporter at The Points Guy who covered everything from personal finance to travel and aviation.
July 02, 2018
•
2 min read 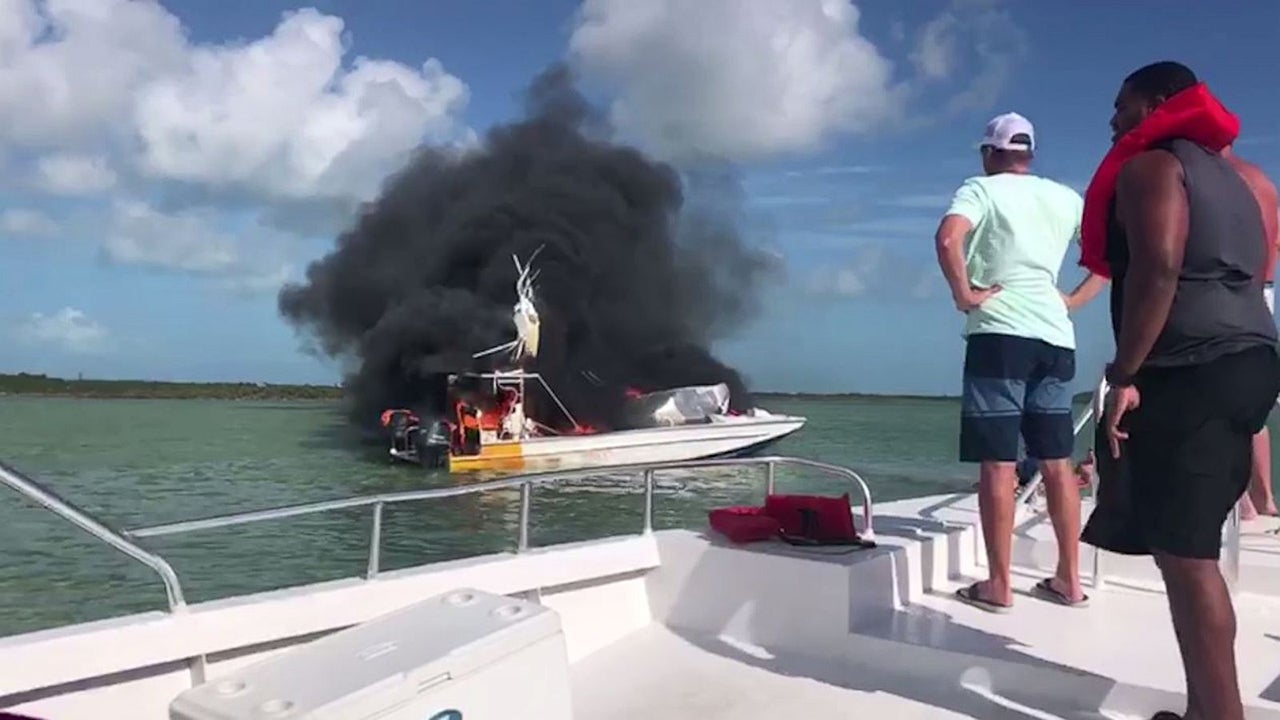 A female US tourist was killed in the Bahamas around 9:00am on Saturday when the engine of a 40-foot charter tour boat exploded near Barraterre Island in the Exuma Cays district, a region with a reputation as a luxury travel destination popular for yachting, sailing, coral reef diving and cave exploration. The explosion resulted in a fire that spread across the entire ship, injuring nine of the 10 Americans and two Bahamians on the boat, according to the Royal Bahamas Police Force.

Nearby eyewitnesses shared a video of the fire and rescue attempt, which depicted nearby passengers wading through waist-deep water to bring flotation devices toward the boat engulfed in flames and black smoke.

"This is a sad day for Exuma and a sad day for our American friends," said Exumas and Ragged Island Parliament Member Chester Cooper. "We are saddened and our hearts are hurting, but we will get through this together."

Four US citizens were airlifted to a Florida hospital, while the other injured passengers, including the boat captain and owner of the tour company, "Four C's Adventure", were taken to Princess Margaret Hospital in Nassau, about 130 miles away, for treatment. One tourist, ballet dancer Stefanie Schaffer, 22, had both legs amputated due to suffering life-threatening injuries from the incident. Stefanie's mother, Stacey Bender, suffered internal injuries as well as multiple broken bones, while Stefanie's sister and stepfather suffered bruises and cuts.