Why You Should Add Bethlehem to Your Travel Bucket List

Articles
Lori Zaino is a writer for TPG and TPG UK covering travel, news, points and miles and more. She's been based in Madrid, Spain almost 15 years and is an expert in travel throughout destinations such as Europe, Southeast Asia and Africa.
Follow
June 28, 2019
•
7 min read 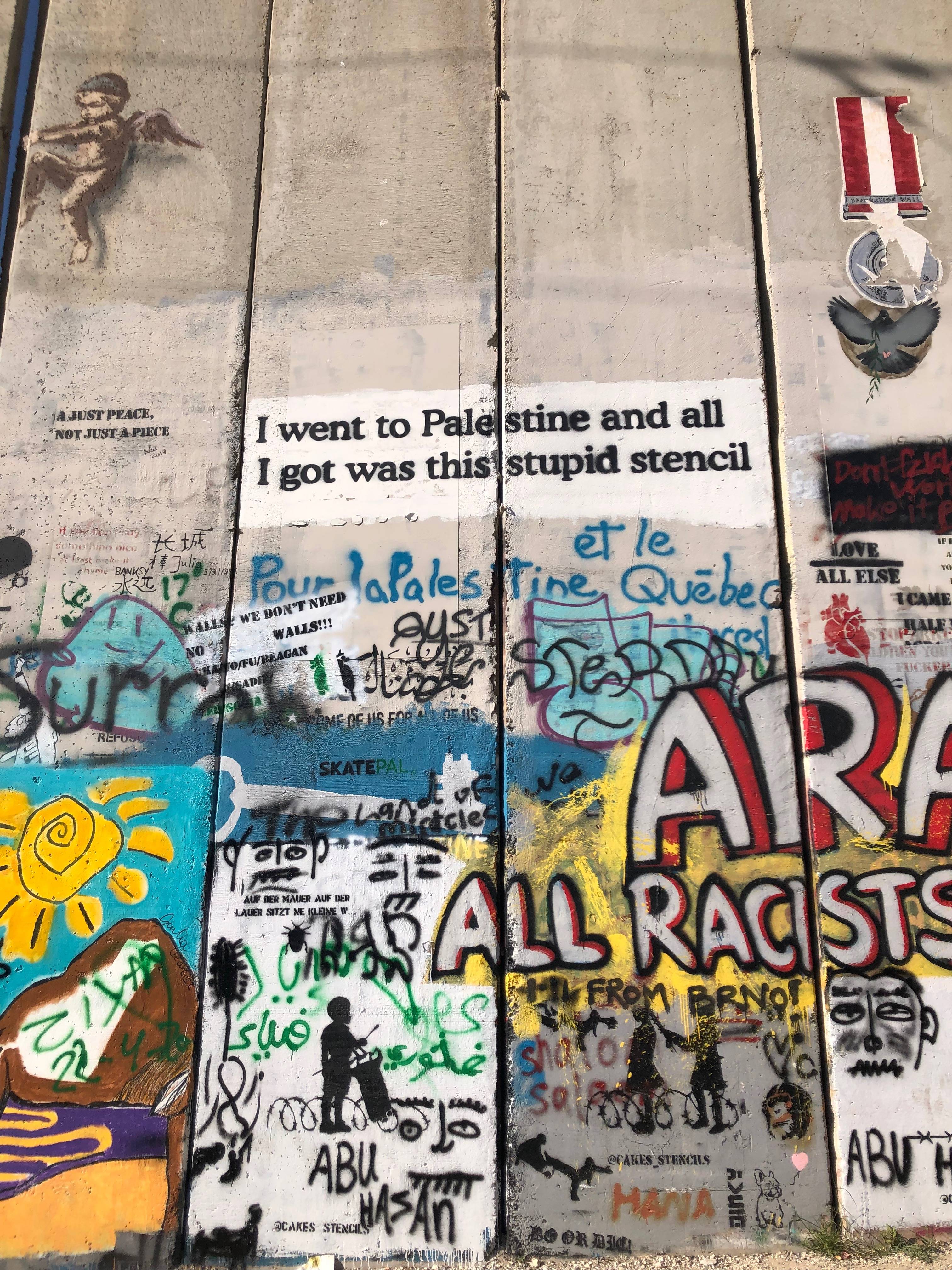 Why You Should Add Bethlehem to Your Travel Bucket List
This post contains references to products from one or more of our advertisers. We may receive compensation when you click on links to those products. Terms apply to the offers listed on this page. For an explanation of our Advertising Policy, visit this page.

During a 10-day, TPG work trip to Israel, we decided to take a day trip to Bethlehem after two days touring Jerusalem. Slightly nervous because of logistics, we weren't quite sure what to expect, as we had to switch guides and vans at the border (Israeli citizens and most vehicles aren't allowed).

But Bethlehem ended up being a very special experience and well worth the extra planning. Here's why you should also plan to visit Bethlehem during your trip to Israel.

To start, Bethlehem is less than six miles from Jerusalem. But sometimes, it can take almost an hour to get here due to vehicle and guide swaps, and border checkpoints. (And do not forget your passport. You'll need to show it at checkpoints when entering or exiting the border. We recommend having six months of validity left on your passport when traveling to Bethlehem.) If all goes as planned, you can make the trip in under 30 minutes, but leave yourself some leeway just in case.

US passport holders are legally allowed to visit Bethlehem, but the US State Department has assigned Israel, Gaza and the West Bank a Level 2 travel advisory, so plan to exercise increased caution during your trip.

After discussing a detour to Bethlehem with local guides, we felt it would be safe to visit — and it was, at least in our experience. The locals were friendly to us, and although we stayed mainly in tourist areas, we never felt unsafe.

One of the most sobering experiences we had in Bethlehem was seeing the wall that separates Palestine and Israel. Even the wall itself — large, gray slabs of concrete — is somber. But it's covered with hopeful, inspiring and at times heartbreaking graffiti, and even an original Banksy (the famous and anonymous street artist). Shops across the street from the wall allow visitors to purchase stencils and paint to tag their own messages and symbols on the wall. The Points Guy himself, Brian Kelly, chose to spray, "Make hummus, not war" on the wall.

We were lucky enough to hitch a ride around the city from a Palestinian biker group known as the Holy Riders, which allowed us to view a larger portion of the wall and its art, as well as other parts of Bethlehem, from the back of Harley-Davidson motorcycles.

Next to the wall is the aptly-named Walled Off Hotel. Banksy invested money in the unique space (it includes a trap door posing as a library wall that permits access to some of the rooms), but it's actually owned by a Palestinian local, and some proceeds from the hotel are donated to the city of Bethlehem.

The doorman is a plastic monkey, and the quirky Banksy-isms don't stop there. The entire hotel is outfitted with Banksy art and irony — floating cherubs wearing oxygen masks and an elegant piano spray painted with dripping graffiti. The guest rooms boast the so-called "ugliest view in the world." The wall.

While we didn't stay at the hotel (Kelly, said his tall frame doesn't easily fold into bunk beds, which some of the rooms feature), it was a cool place to grab a drink, admire the art and peruse the gift shop. The hotel also has a small museum gallery you can check out for a small additional fee.

One of the main attractions in Bethlehem is, of course, the site where Jesus was said to be born. You can enter the Church of the Nativity to view the underground cave, where a large, silver star is embedded in the ground. This is called the Grotto of the Nativity, and the star is believed to mark the exact spot where Jesus was born.

The UNESCO World Heritage site was extremely busy during our visit, so be prepared for crowds at peak times.

Bethlehem has many other special sites such as the Milk Grotto (where, rumor has it, Mary once spilled milk while nursing Jesus, turning the stone white); and the green hills of Shepard's Field, where an angel is said to have announced the birth of Jesus in Bethlehem.

For travelers not especially interested in religious landmarks, a stop at the Palestinian Heritage Center showcases traditional products created by women. There's also the Old Bethlehem Museum, which provides cultural insight on the Palestinian way of life.

After you've worked up an appetite exploring Bethlehem, head to Afteem, which is known for having some of the best falafel in town, so that's where we headed for lunch. The no-frills joint is located just off the main square and close to the Church of the Nativity. The warm, fried chickpea patties are served with hummus, pita and traditional salad.

To see more about our experience in Bethlehem, check out Brian Kelly's vlog, where you'll see Bethlehem up close and personal — many of the spots I mentioned above, plus behind-the-scenes access to falafel-making at Afteem and hanging out with Palestinian singer Lina Sleibi.

All photos are by Nicky Kelvin/The Points Guy.