Who Sits in First Class If Only One Upgrade Clears?

Articles
Summer Hull , aka Mommy Points, ran the Mommy Points site for families who want to travel more for less using miles and points for seven years. She now heads up a variety of special projects at TPG when she isn't exploring the world with her own two girls.
Follow
Oct. 11, 2018
•
7 min read 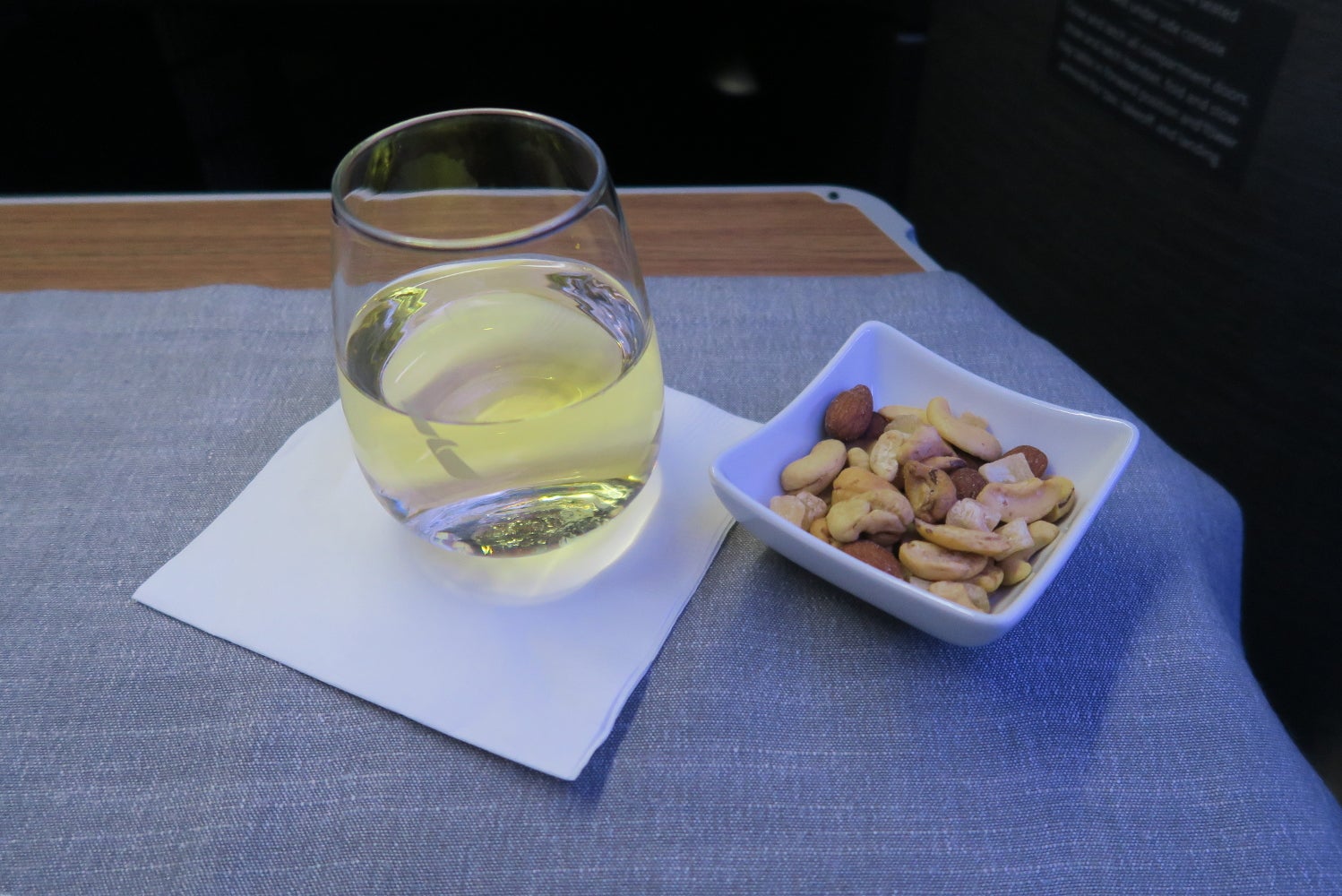 If you fly frequently enough, you may find yourself with some sort shiny silver, gold, platinum, diamond or triple titanium airline elite status. With some luck, that elite status might eventually land you a "complimentary upgrade" toward the front of the plane. Normally, getting the "Your Upgrade Has Cleared" email is a reason to stop and do a happy dance because your flight just got much more comfortable. However, if you are traveling with your family, and only one upgrade clears, the happy dance may become more of a delicate balancing act when deciding who in the family, if anyone, gets to enjoy the fancier seat.

Before we get into who should get the upgrade, let's point out that from an IT and policy perspective, if you have booked the entire family together on one reservation, it is entirely possible that this will never come up as no one may get upgraded. For example, if you were on United, the system would ask the elite traveler at check-in if they wanted to split the reservation and become upgrade eligible with up to one companion.

It would not auto-upgrade the elite traveler at more than 24 hours out if more than two people are on the reservation (unless multiple people are upgrade eligible), even if elite status meant the traveler was otherwise eligible for upgrades days earlier. Splitting the reservation has real logistical downsides (especially on the outbound flights), so there are lots of nuances to ever getting to the point where you have one upgraded first class seat available to your family.

But, let's assume that by splitting the reservation, or booking a traveler separately, or some other pathway toward the front that you end up with one first class seat available to one member of your family. Let's also assume that the airline and flight attendants are okay with you giving it to a different family member (which isn't always the case).

Who gets the first class seat? There are several trains (or planes) of thought for this very scenario.

We surveyed some frequent flyers we know, as well as asked our TPG Family Facebook Group for how they handle this very scenario, and one of the most common solutions to the "not enough upgrades to go around problem" is that everyone stays together in coach.

This keeps everyone together for a family vacation, is certainly a fair way to decide who sits where and it can be logistically easier to keep both caregivers available to tag-team as needed.

The One With the Lap Baby Goes to the Front

Another popular approach that my family has utilized when we flew with an under-2-year-old as a lap child is that the parent with the lap child gets the bigger seat and better service. Now, this is a much more complicated situation if you are talking about getting upgraded with a lap child on an international trip where the amount you owe for the lap baby is generally much higher in a premium cabin than economy. However, those are not usually the routes where complimentary upgrades happen, so that's a rare issue.

On an everyday domestic jaunt, you won't owe anything for holding a lap baby in first class, just as you don't in economy. When our daughters were younger, we abided by the rule that the parent with the baby gets the upgrade.

The Parent Who Travels the Least Gets the Seat

If one parent is the road warrior with elite status, that person is probably more used to upgrades than the one who usually stays behind to keep things going on the homefront. There's a strong argument that the parent who isn't as used to flying up front gets the seat.

That's actually our current approach. We received one upgrade for our family of four over the weekend and my husband sat up front for a number of reasons, but mainly because I'm flying more than him these days. I've enjoyed a number of upgrades on work trips this year, so we'll let him be pampered a bit for a couple of hours. Now, if the kids were still young enough that keeping them happy on a plane was a challenge, no one would have been sitting in first class.

The Tallest Parent Gets the Bigger Seat

If one parent is significantly taller or larger than the other and would physically do better in the roomier seat, then there is an argument that they move to the front. This may not be super fair if that is the parent who always gets the upgrade, but assuming that things balance out in other areas of life, there's logic to that approach.

Chivalry apparently isn't dead yet, and another solution to who gets the better seat is to offer it to "mom." In the TPG Family Facebook Group we heard "happy wife, happy life" as an answer to the question of who gets the upgrade. In talking to some fellow frequent flyers (who happened to be male), that was also their approach when only one upgrade comes through, though they all said that their wife wouldn't always accept the upgrade.

Of course, not all families are comprised of a mom and a dad, so this is far from an across-the-board solution, but it is one that is sometimes used by a number of the families I chatted with.

Send a Parent and a Kid

While it is possible to have just one upgrade clear, it is also common to end up with two upgrades since many programs allow elite travelers to have one companion upgraded with them. If that happens, you could go full "Home Alone" style and have the parents sit in first while the kids sit in coach. This may sound evil, or even borderline illegal, but as kids get older, giving them some freedom and responsibility may not be the worst idea. To go from always being right next to you on the plane to flying all by themselves might be a more stark transition than having you are on the same plane, but just in a different row or cabin.

There's lots to think about before leaving the kids behind in economy, so another simpler approach is to send one kid and one parent to first while the others stay behind. Of course, you could then rotate who the lucky upgrade winners are on the next flight.

There is no universally right answer on what to do if one upgrade clears when you are flying with a family as the situation differs from trip to trip and family to family. Believe it or not, there are a number of families who default to the man always sits upfront while the women and children sit in the back. However, that patriarchal approach did not come up from anyone in the TPG Family Facebook Group or any of my discussions with frequent travelers. Most are simply thrilled to have an upgrade available and come up with creative and equitable ways to share the extra legroom and complimentary cold beverage.