What to Do When You're Sitting Next to a Snoring Seatmate

Articles
Jordi Lippe-McGraw is a writer covering travel, family, food and wellness for outlets like Conde Nast Traveler, Travel + Leisure, the New York Times, Forbes, and more. She has traveled to more than 30 countries on all 7 continents (including Antarctica at 5 months pregnant) and is an avid puppy, penguin, and truffle lover.
Follow
Feb. 17, 2019
•
4 min read 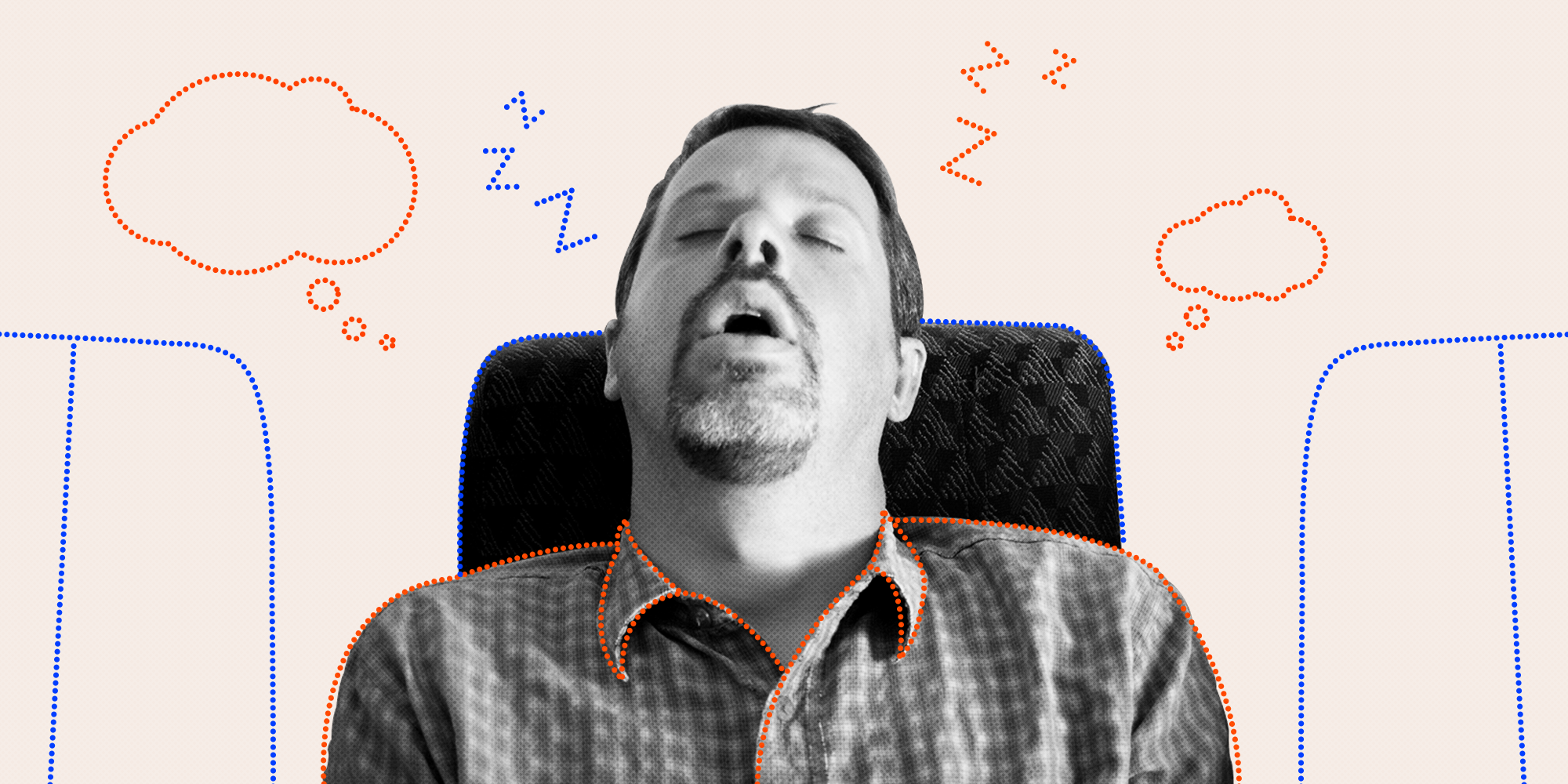 Welcome to Travel Etiquette, a TPG column that explores the fragile social contracts and the delicate do's and don’ts of travel. Have an opinion or suggestion for a future subject? Sound off in the comments below.

When I was on a work trip to Rio de Janeiro, Brazil, I was lucky enough to be flying business class with lie-flat seats overnight. After takeoff, I got comfortable, reclined back and got ready to snooze. I started to doze when I heard it: the passenger next to me snoring like a freight train.

What was supposed to be a comfortable, fairly luxurious flight (I never get to fly in premium class), turned out to be a sleepless night with incessant droning. And, no matter what class you’re flying, it can be difficult enough to get some shut-eye between fidgety children, food and beverage service and all those announcements. Having a snorer after avoiding those common pitfalls made it that much more irritating.

So, what should you do in this maddening scenario? Well, there are a few options.

While you might be tempted to wake up your noisy neighbor, it might be best to just take the burden of dampening the sound on yourself. In fact, according to a 2017 British Airways survey, most people (66% of those surveyed) feel you should let fellow passengers sleep even if they’re disturbing you. The option instead is to turn up the volume on the entertainment system and pop on some headphones.

That’s what etiquette expert Myka Meier of Beaumont Etiquette believes, too. “If you are sitting next to a stranger and they are snoring, I personally would just put in my earplugs or headphones and ignore it,” she told The Points Guy. “Etiquette is all about thinking about others before yourself, and it could be very embarrassing for a stranger to be told they are snoring too loudly.”

The situation might not be ideal. But, at least you will be listening to the sound of your music, TV show or movie instead of the disrupted nasal passage of your neighbor. You could even download some sleep sounds like white noise or gentle rain to peacefully drown out the snoring and get some sleep yourself.

Give an “Accidental” Nudge

The other end of the spectrum, of course, is to wake your neighbor. Now, you don’t have to fully shake him or her awake, but rather give a little nudge. “You can accidentally bump them when you get up to go to the bathroom,” said former flight attendant Toni Essertier. “I’ve found that works almost every time. Otherwise, an accidental elbow will do the trick, too.”

While Meier would prefer the hands-off approach, she does see some value in the gentle jolt. “If you are traveling and the person next to you is snoring, and you know them, then go ahead and give them a nudge to let them know they are [snoozing] a little too loud,” said Meier. “They’ll likely appreciate that you saved them the embarrassment. If you want to try and stop the snoring, you could gently shuffle in your seat and often, when people who are snoring move positions, they stop.”

According to that survey, only 11% of American flyers feel you should nudge a snorer, but 20% of British travelers think the move is totally acceptable. The key is to make the bump seem like an accident so as to not cause a midflight row. There is unexpected turbulence after all.

If taking matters into your own hands doesn’t work out — whether you go the ignoring or nudging route — there’s always the option to have the flight attendant do your dirty work.

“Other things you might do if the above does not work is to find an empty seat — if there is one,” said Essertier. “And, if all else fails, ask the flight attendant for help. They could move the person to another seat ... Or, they [could] wake the person up to tell them politely they were snoring loudly.”

Meier also agreed that calling in back-up forces is an option. But, it really should only be used if the snoring is upsetting more than just you. “If the snoring is so loud it’s disrupting the entire flight, it’s likely a flight attendant will step in to help with the situation,” she said.

As much as you want to get some sleep, so too does the person snoring next to you. Try to contain your warranted rage, invest in some premium noise-canceling headphones, and work on perfecting that sly armrest elbow slip.