The best Delta Sky Club lounges in the US

Articles
Darren Murph holds a Guinness World Record as the planet's most prolific professional blogger. He's an explorer at heart, having traversed nearly 50 countries and all 50 US states. He's flown over one million miles on Delta alone, and serves as a senior writer at TPG.
Follow
March 10, 2021
•
9 min read 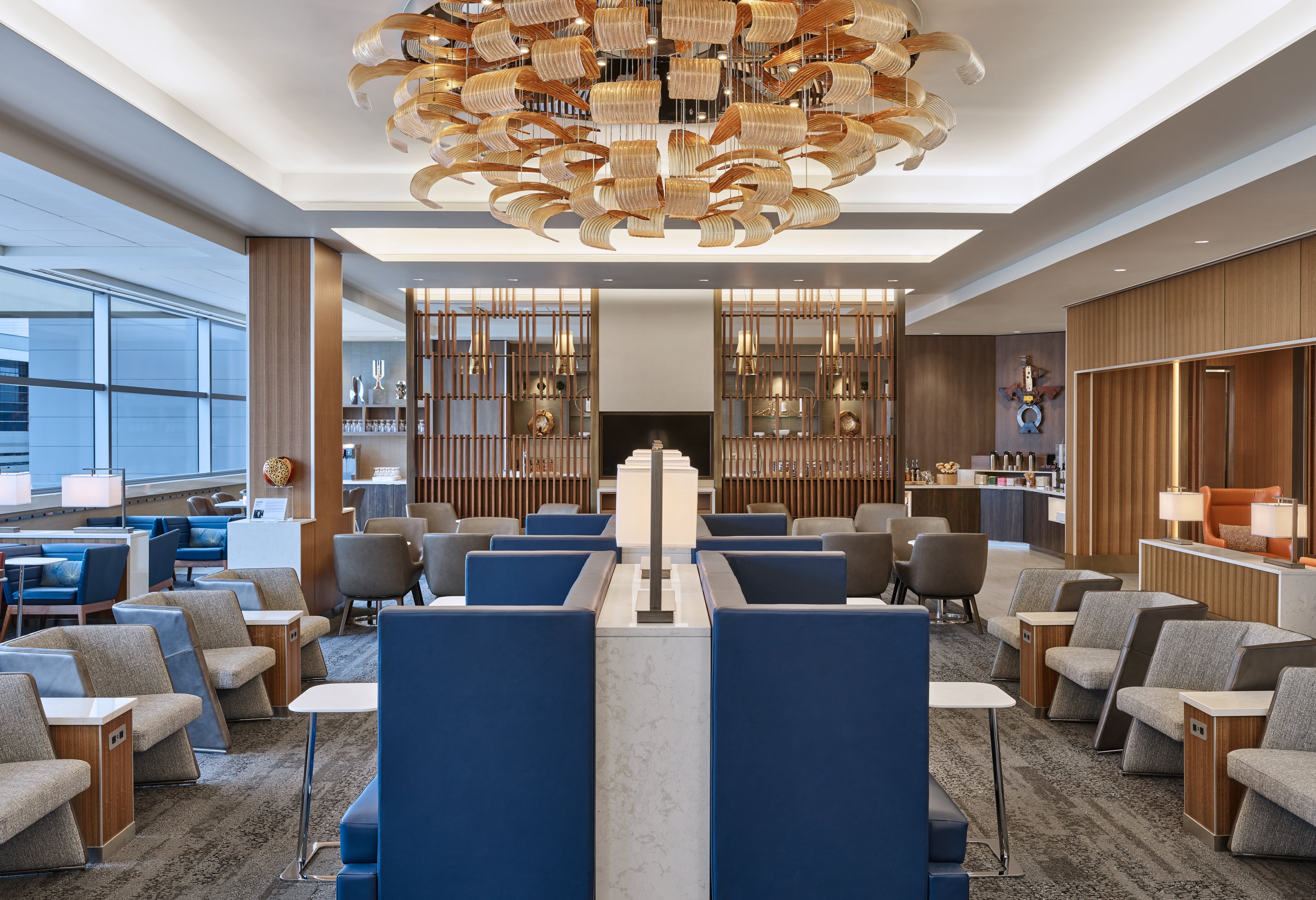 Editor’s note: This post has been updated with new information. It was originally published on June 8, 2019.

Delta operates dozens of Sky Club locations globally, with the vast majority of those in the United States. Unlike American Airlines and United, which operate subsets of Flagship and Polaris lounges, respectively, Delta doesn't give special designation to its biggest, boldest and most elaborate lounges — some of which have awe-inspiring airport views, showers or enhanced food options.

Here are the best Sky Club locations that make arriving at the airport early worth it:

Despite the coronavirus pandemic, Delta opened a brand-new Sky Club — along with a shiny new terminal — at its hub in Salt Lake City (SLC). The new terminal features a dramatic statement installation known as "The Canyon," and that's where you'll find the new Sky Club, on the second level.

Inside, you'll find the latest and greatest of what Delta has to offer. The lounge boasts 28,000 square feet of space, two full bars, high-end restrooms with Le Labo amenities and shower suites, six soundproof rooms for phone calls or meetings, plenty of seating, locally inspired artwork and — great news for AvGeeks — an outdoor Sky Deck with fans and heaters, allowing it to be open year-round.

While the food offerings are pared back right now due to the pandemic, the space is equipped with expansive buffets and beverage stations that will likely serve up a selection of Delta's elevated food offerings once we return to a more normal existence when the pandemic eventually recedes.

Situated between concourses A and B at Seattle-Tacoma International Airport (SEA), this sprawling 21,000-square-foot lounge seats over 400 customers across two levels and has nabbed awards for its design. This club also has one of the more elaborate food spreads, including sandwiches, soups and a salad bar.

Delta touts a partnership here with chef Ethan Stowell, who provides locally inspired fare that you won't find in any other Sky Club. AvGeeks will love the huge glass panes that provide breathtaking views of airport operations and Mount Rainier.

The lounge features 30-foot ceilings with curved paneling and a mezzanine level with art from emerging artists and local galleries. A half-dozen shower suites are perhaps the ultimate luxury. There's nothing quite as refreshing as a shower after a long-haul from Asia.

Given that Delta's headquarters is within a stone's throw of the world's busiest airport, it's no surprise that one of the airline's most spectacular Sky Clubs is in Atlanta (ATL). While each of ATL's terminals have at least a single Sky Club, the best and brightest is in Concourse B, near Gate B18. Sitting above the rest of the concourse, this Sky Club spans nearly 25,000 square feet and gives incredible views of the airport's operations. Floor-to-ceiling windows provide a peek at downtown Atlanta, too.

Delta expects this to be the busiest club in the entire system, and I believe it. With room for 500 people, noise levels are often quite high, and the line for entry can resemble a TSA queue on the day before Thanksgiving.

If it's peace and quiet you're after, the oft-overlooked Sky Club in Terminal D is a good choice. There are no views whatsoever, but it's the most suited for working. If the weather's good, the Sky Club in Concourse F has an outdoor viewing deck for open-air planespotting. There are also a few showers.

Lastly, if you have an exceedingly long ATL layover, leave the terminal and shuttle over to the nearby Delta Flight Museum for a slice of AvGeek paradise.

Delta's Sky Club at JFK's Terminal 4 is the stuff of legend. It's located in Concourse B near Gate 31 and is a huge space — nearly 27,000 square feet in total. This has undergone a thorough refresh, which includes a new bar and food stations as well as all-new seating areas.

The project is not quite done yet, though. According to Delta, "Other upcoming T4 Club renovations underway include the addition of a retractable roof on the Sky Deck – including heaters and fans so guests can enjoy it year-round, a reimagined lobby area with additional seating, and a restroom expansion/refresh. Due to the impacts of COVID-19, these projects have been paused with a goal for completion by the end of 2021."

Opened in May 2019, one of Delta's newer Sky Clubs is also arguably the top lounge at Austin-Bergstrom International Airport (AUS). TPG got an early look at the new space when it opened and found it to exude a "classy Texas" vibe, with warm leathers, walnut wood and metal finishes plus artwork from local artists.

At 9,000 square feet, the lounge isn't one of Delta's largest, but it features a covered Sky Deck, and food and beverage choices that reflect Texas cuisine. One standout feature is the "Agave Experience," where you can taste any one of the bar's tequila or mezcal options, either as an individual pour or as a flight.

In November 2019, New Orleans (MSY) got a brand-new airport terminal and a new Delta Sky Club along with it. The 4,600-square-foot club reflects the city in its design and offerings, from paintings of Louis Armstrong and posters of the famous Cafe du Monde to NOLA culinary staples like oysters, gumbo and muffaletta sandwiches.

Phoenix Sky Harbor International Airport (PHX) is one of American Airlines' largest hubs, but that didn't stop Delta from opening a new, 7,500-square-foot Sky Club at the airport. Located in the South Concourse of Terminal 3, this Sky Club location follows the trend of incorporating local design cues and culinary inspiration into new club openings.

The opening of the PHX Sky Club is welcome news for Delta flyers passing through the Arizona airport, who didn't before have a lounge option.

What's next for Delta Sky Clubs?

Los Angeles International Airport will see a new club in 2021 — and it will feature a Sky Deck for outstanding airport views. And, of course, we continue to hold out hope that Delta will develop a more exclusive lounge experience for Delta One passengers that will allow it to better compete with its domestic competitors in the ground-experience department.

Featured image by The Delta Sky Club at Phoenix Sky Harbor International Airport. (Photo courtesy of Delta Air Lines)
Editorial disclaimer: Opinions expressed here are the author’s alone, not those of any bank, credit card issuer, airline or hotel chain, and have not been reviewed, approved or otherwise endorsed by any of these entities.