These Are the Best Times to Visit Seattle 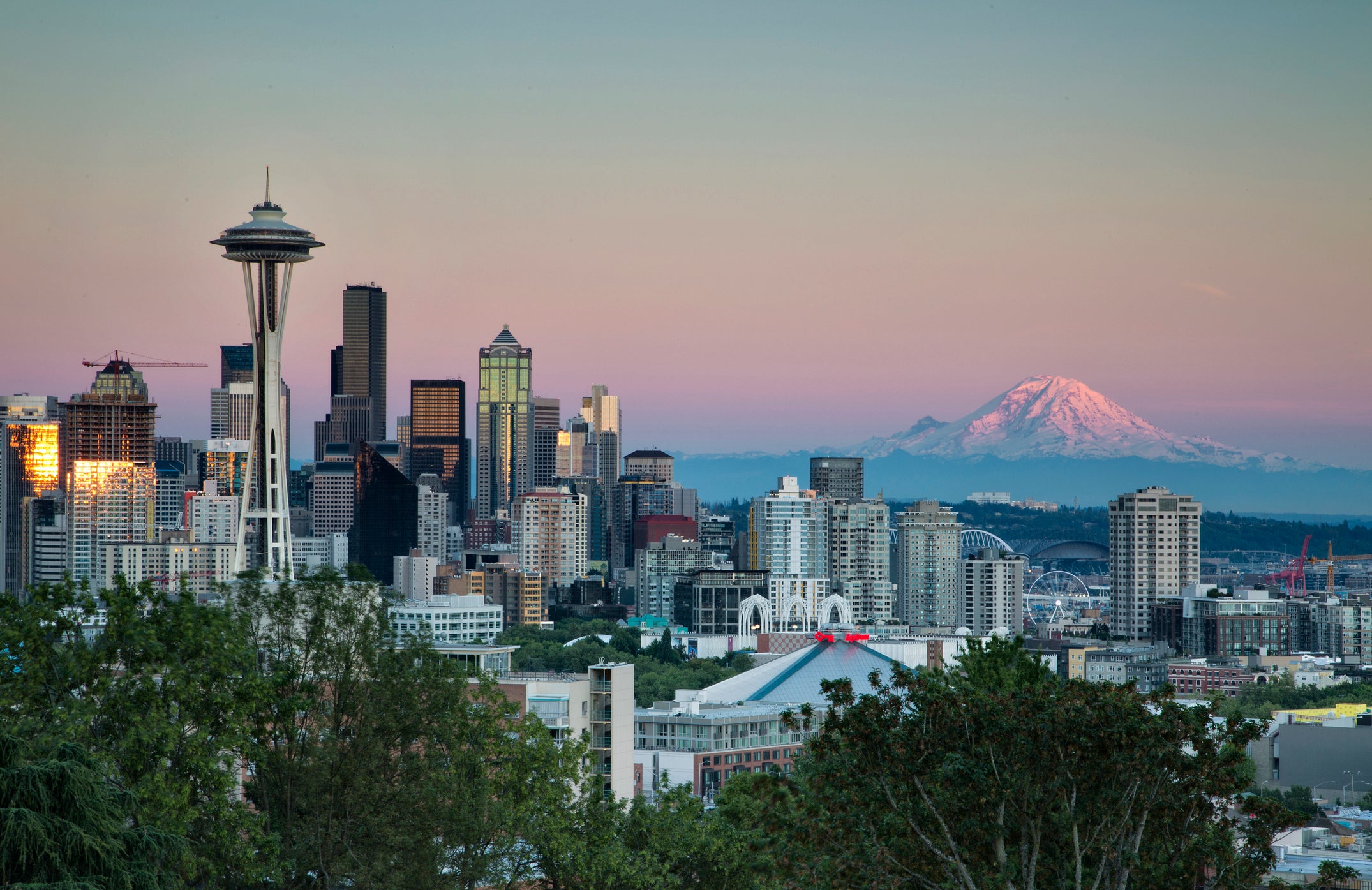 These Are the Best Times to Visit Seattle
This post contains references to products from one or more of our advertisers. We may receive compensation when you click on links to those products. Terms apply to the offers listed on this page. For an explanation of our Advertising Policy, visit this page.

Although Seattle is known for its rainy weather, the Emerald City is much more than a gloomy destination for testing out your new rain jacket. This is especially true if, at the end of a day of hiking in pristine wilderness, you can look forward to a cream cheese-covered hot dog.

In a city of more than 700,000 people with a skyline that stands in contrast to snow-capped mountains nearby, there is no shortage of urban and active adventure. If you're heading that way with kids, check out our guide to eight fun things for families to do in Seattle before you go.

Here at TPG, we have put together a few suggestions for the best times to visit, depending on your travel goals.

When to Find the Best Weather in Seattle

Most people don’t head to Seattle in search of sunshine and warmth, but if you time your trip just right, you may get lucky.

July and August are the warmest and driest months of the year. Daily high temperatures are in the mid-70s and it rains only about five days per month. During the wet season from November to January, it can often rain up to 18 days per month. This doesn’t necessarily mean that winter weather in Seattle is bad — especially if you plan on heading to the mountains with your skis (or snowboard) in search of deep snow.

With Mount Rainier, the Cascade Range and Olympic National Park located within a few hours of driving from the city, it’s no surprise that Seattle often serves as a jumping-off point for those looking to hike, climb, bike, fish and ski.

July, August and September offer the best weather for outdoor recreation. Many high-elevation roads — like Sunrise Road in Mount Rainier National Park — often are closed from late September through June.

In the winter, the rain in Seattle usually falls as snow in the mountains, which is great if you’re in search of endless powder. The best time to head to Seattle for snow sports is December through April, with prime conditions from January through March.

When to Visit Seattle if You Want to Avoid the Crowds

As with most popular tourist destinations, the best weather usually brings the crowds. If you value the freedom to walk the streets without dodging selfie sticks during a daily dose of sunshine, visit in the months from late October to early March — Seattle’s rainiest but least-crowded season.

Rain happens some of the time during spring and fall, but the weather is significantly better than in winter. There will be tourists in the streets — but not the mid-summer crowds.

Best Time to Visit Seattle for Events and Festivals

From food to film festivals, there is always something worth checking out in Seattle. Of course, summer brings myriad outdoor festivals, but there is plenty to do in the spring, winter and fall, as well.

Seattle’s nearly month-long International Film Festival showcases more than 400 films from around the world and draws almost 200,000 people annually. The festival usually starts in May and lasts into June, giving guests the opportunity to see a variety of independent short films, features and documentaries — 70% of which will not be shown in theaters — alongside films from established cinematographers and producers.

Bumbershoot, which occurs every year over Labor Day Weekend, may be Seattle’s most popular music and arts festival. This renowned festival has been featuring comedians, musicians, dancers and other artists since 1971. The festival — whose name pays tribute to the city’s famous weather (a bumbershoot is an umbrella) — also features a variety of food vendors, morning yoga and even an electronic dance experience.

During October, artists and technology professionals come together to create light art exhibitions and a multimedia video mapping contest that is projected on to the Museum of History & Industry. Over four evenings in the Lake Union Park neighborhood, the Borealis Festival of Light features street art performances, installations of light art, and live music. Artists from around the world create visual light shows that are projected onto buildings. Local vendors supply food and drink.

Winter isn’t usually when you find tourists flocking to Seattle, but Winterfest from late November into December offers plenty to do. There are ice sculptures, ice skating, live music, a Fountain of Light dance party and a New Year’s Eve fireworks display to mark the holiday.

When to Visit Seattle for Whale Watching

Located on the Puget Sound, Seattle is the perfect embarkation point for whale watching in the Pacific.

Orca whales can be spotted year-round but they are most prevalent during the spring and summer (May through October is a safe bet). Humpback and minke whales can also be seen during this season. Gray whales usually stop in Puget Sound on their migration north in March and April.

Staying in Seattle will generally be most expensive during the summer peak, but surprisingly, it is cheaper to book airfare from certain destinations during early summer.

In order to balance weather, crowds and affordable prices, visit Seattle during the shoulder seasons, which occur in April and May and again in September and October.

According to the travel search engine Skyscanner.com, the cheapest time to buy tickets to Seattle depends on your point of origin. From New York, the cheapest flights average $211 in November. Traveling from DC is also cheapest in November, with similar prices. If flying from Los Angeles or Atlanta, it’s cheapest to travel in June. The average cost is around $158 and $247, respectively. The best month to travel from Chicago is in October, when prices land around $154. Make sure to stop by the revamped Seattle Centurion Lounge (no longer a “Studio”) while you're in the airport, which opened for business in 2017.

According to historical data obtained by the booking platform Priceline.com, the average daily rate for hotels rated with 2.5 stars and above is around $172. Unsurprisingly, prices begin to rise in May as the weather improves, and peak between June and August — Seattle’s high season. In 2018, the average price per night was at its highest, averaging $222. Prices begin to decrease in September, and hit a low point between November and December. During this time, a night can be booked for as little as $135 on average. Check out our reviews of the W Seattle before and after renovations here.