Fit to Fly: Try One of These Local Exercises the Next Time You Travel

Articles
Lori Zaino is a writer for TPG and TPG UK covering travel, news, points and miles and more. She's been based in Madrid, Spain almost 15 years and is an expert in travel throughout destinations such as Europe, Southeast Asia and Africa.
Follow
March 01, 2019
•
8 min read 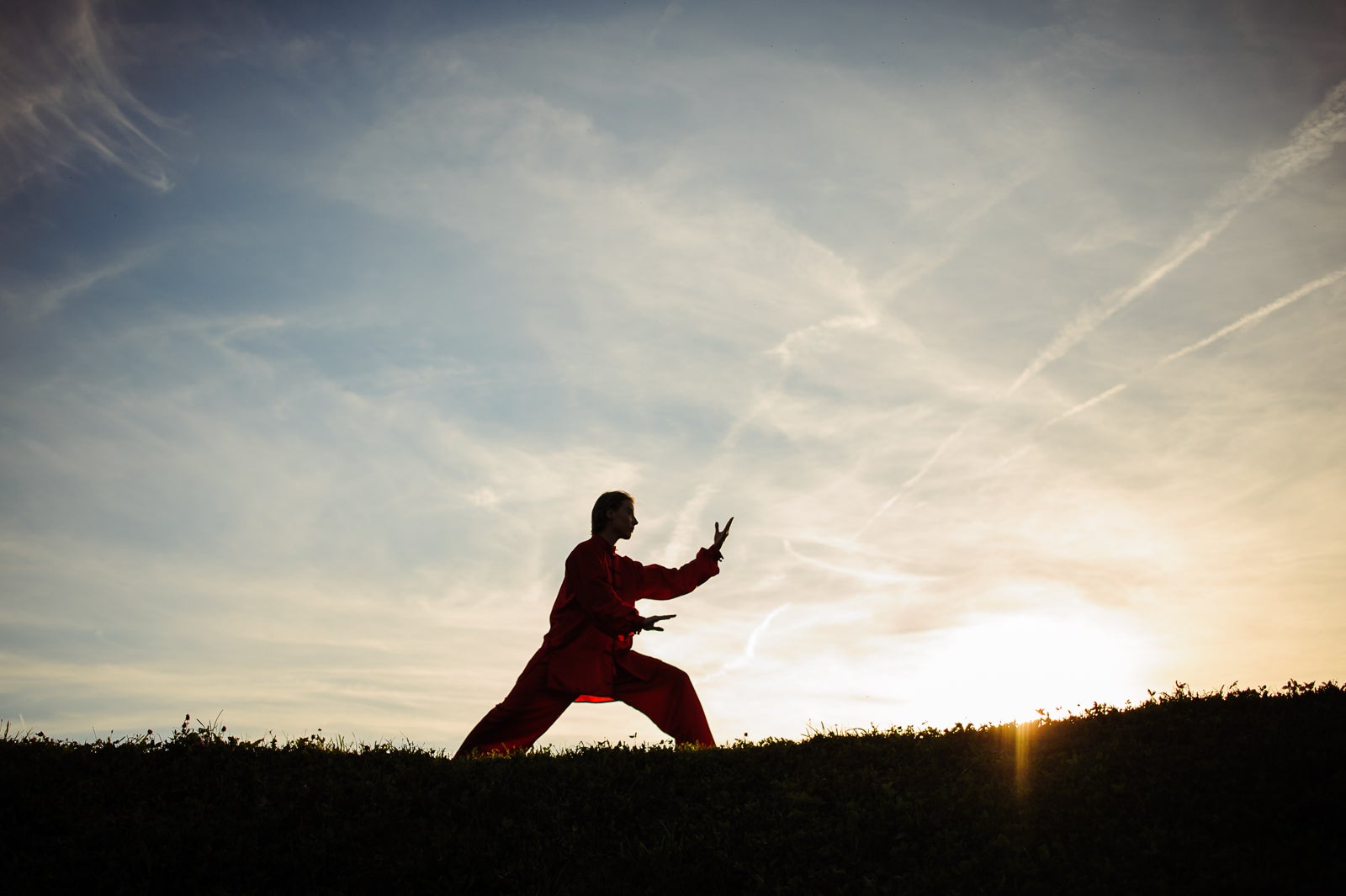 Staying healthy and fit while traveling can be difficult. While you can always hit the hotel gym or jog on the beach, working out while visiting new places can be exciting and memorable if you're willing to step out of your comfort zone.

Heather Evans, a tour operator and guide for Insider's Madrid, told The Points Guy that, "Working out in [a] way that exposes you to local traditions allows you to burn calories and release stress after a long flight, all while getting a deeper feel and understanding for the history and culture of your destination."

Even if you're traveling for business, you can squeeze in a workout while also, frankly, having fun and using your down time to connect with a destination in a more meaningful way. Consider these questions while organizing your next trip abroad: What workouts are the locals doing? How can you learn about the culture and customs of a place while staying active?

Here are some ideas to get you started.

A combination of dance and martial arts, understanding the history of capoeira is just as captivating as watching or practicing the art form. Escaped slaves started the practice in the 16th century as a form of self-defense. Even when slavery was abolished, the study of capoeira continued, and it's still popular today. The art form signifies freedom, and while its acrobatic moves may make look easy, it's quite complicated, and very athletic. But don't let that discourage you from trying it. Take an evening class in English, French or Portuguese from Master Itamar at the Capoeira Senzala in Rio de Janeiro for about 50 Brazilian Reals (about $13).

Thai boxing, also known as Muay Thai, is a martial art that takes a lot of skill and strength. Training includes running, strength training and boxing with a bag before you even begin sparring with an opponent. Muay Thai is an intense workout, often called, "the art of eight limbs," because everything from your hands and feet to your elbows, knees and legs can be used for attack and defense maneuvers. Drop-in classes at Phangan Muay Thai on Koh Phangan are a perfect counterpoint to your beach vacation, and cost 400 THB (about $12) per class. The gym also organizes special training camps for people who really want to perfect the art of Muay Thai.

You may have heard that flamenco can be learned in just three easy steps: Take the apple, eat the apple and throw the apple away. Those are the motions you make with your arm as you dance. As simple as that may seem, there's a lot more that goes into this historical art form than just theatrical apple picking. Get ready to express your emotions through intricate arm, hand and finger movements, passionate stomps and exaggerated whirls and turns. Tour company Insider's Madrid will arrange for you to take a class in Madrid at world-renowned studio, Amor de Dios, a studio typically reserved for dedicated locals who've spent decades studying the art. Prices start at €130 (about $148) for two people, and private groups are welcome.

Hula dancing is a solid abdominal workout set to beachy, traditional Polynesian music. But hula and its accompanying chants have helped the people of Hawaii connect with the Earth and deities long before written language existed. Learning hula is also a fantastic way to connect with nature, as many classes are held on the beach. Hawaii Hulu Company will arrange private or group classes for adults or children on the islands of Maui, Oahu or Hawaii, with the option to dress in a customary grass skirt and even add a lei-making workshop. Classes start at $275 per person for a solo class, but prices go down if you bring a group.

Although the origins of yoga are often debated, many suggest the spiritual discipline started over 5,000 years ago in India. Taking a class while visiting India isn't about posting your headstand (or Lululemon outfit) on Instagram -- it will help you reflect on yourself and your surroundings, combining traditional yoga poses with meditation and ancient breathing practices. Plus, the deep stretching and breathing are an excellent way to fight jet lag, stress and even insomnia. Arogya in Rishikesh has daily morning and evening hatha, ashtanga and vinyasa drop in classes for just $5. In Goa, Ashiyana offers daily morning and evening meditation and yoga classes between Oct. 1 to April 30 for 600 rupees (approximately $8).

Cycling in the Netherlands

Although Amsterdam is considered the cycling capital of the world, Dutch cities The Hague and Tillburg were actually some of the first cities to experiment with special bike routes back in the 1970s. Nowadays, the country has more than 22,000 miles of bike paths. Rent your own bike in Rotterdam, Amsterdam or several other Dutch cities (typically €12, or $13 per day) using the Donkey Republic app. Or, if you're fearful of navigating bike lanes and traffic in a foreign country, take a tour. We love Mike's Bike Tours in Amsterdam, for example. Their countryside tour (€32 euros, or about $36) is especially pleasant for travelers nervous about city biking. Instead, you'll cycle past photogenic windmills and even a cheese factory.

Although salsa has its roots in Cuba, the city of Cali, in Colombia, is often referred to as the salsa capital of the world, with over 200 salsa schools, radio stations playing salsa all hours of the day and several fun salsa festivals throughout the year. Experience the upbeat, exuberant Latin rhythms more deeply by taking a special salsa dancing class during your trip to Colombia. Private classes at Salsa Medellín in Medellín cost between $9 and $13 for your first class, and group classes in Cali at Sabor Manicero start at just $2.50 per person, and beginners are welcome.

You might not break a sweat with this ancient Chinese practice, but you'll definitely improve your circulation (especially relaxing after a long flight) by taking a tai chi class. It may also improve balance, focus and grace, and calm a wandering or overwhelmed mind. Classes at the YangShou Traditional Tai Chi school are located in an old Qing Dynasty house in Yangshuo, Guangxi, and a two-hour introductory course starts at ¥180 (about $26). It's not uncommon to see people practicing tai chi during early morning hours at local parks all over Asia, so if you feel brave enough to deal with a language barrier, join in.