Korean SkyPass Round-The-World Awards: Circle the Globe for as Little as 140k Miles 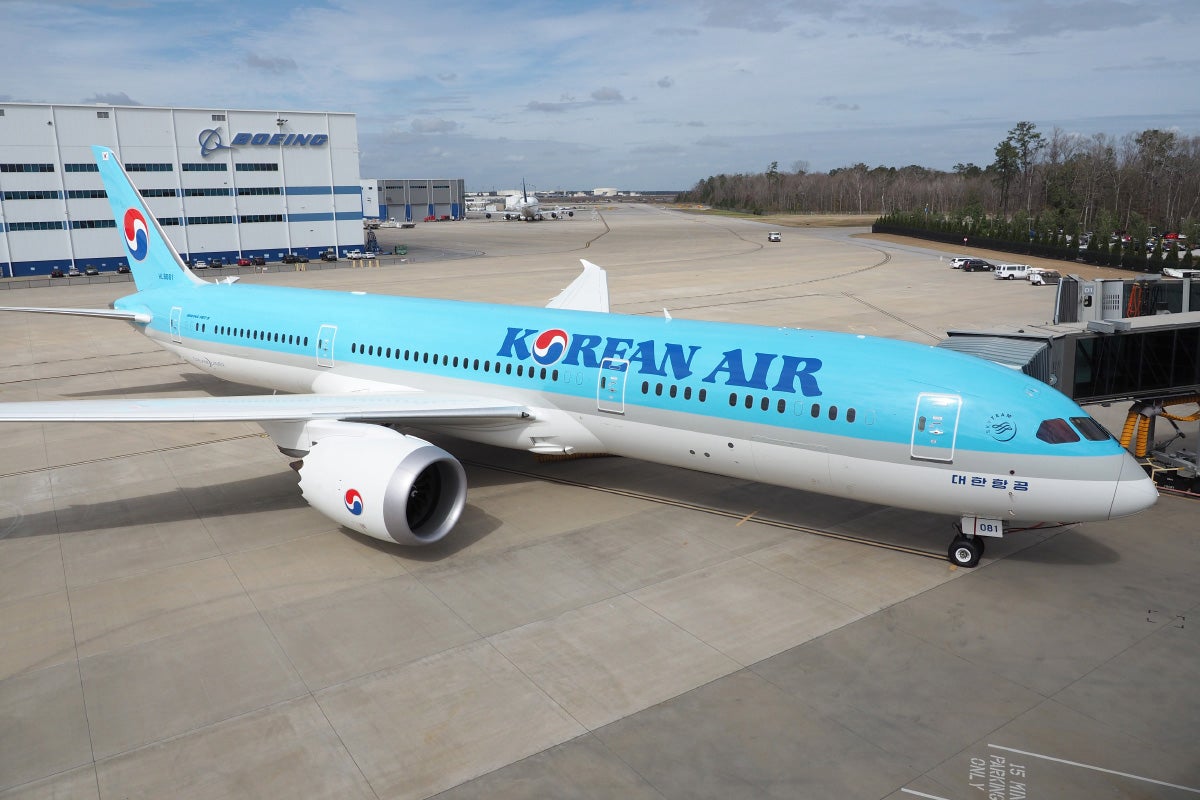 Around-the-world award tickets have something of an archaic feel. Many US-based carriers have discontinued this option altogether and you now hear such tickets usually only referenced in Hollywood movies or through stories of yesteryear on FlyerTalk. A few programs, however, continue to offer this possibility, and these award tickets can represent a huge value for your miles. Today, I'll discuss the Korean SkyPass Round-the-World Bonus ticket, explaining all the rules and nuances so you can book your next vacation circumnavigating the globe.

I always keep Korean Air's SkyPass program in mind as an avenue for using my Chase Ultimate Rewards points. You can book some amazing award itineraries with the program, and you'll usually get outsized value for your Chase points without exerting much effort. SkyTeam award flights are now bookable online, including award tickets with a stopover, and award availability on Korean metal is known to be fantastic, with up to 9 seats in economy and 8 in business available on a single flight.

With personal cards like the Chase Sapphire Reserve, Chase Sapphire Preferred Card, Chase Freedom (No longer open to new applicants) and Chase Freedom Unlimited cards in your wallet, your daily spend will quickly lead to a good balance of Ultimate Rewards points. And if you're a small business owner, the Ink Business Preferred Credit Card and its 3x points on the first $150,000 spent in combined spending on travel, shipping purchases, internet, cable and phone services, and on advertising purchases made with social media sites and search engines mean you can score a Round-the-World Bonus ticket with hardly any additional effort.

Besides using Chase credit cards, you can sign up for and use the US Bank Korean SKYPASS Visa Signature Card, which currently has a public offer of 15,000 miles after your first purchase. The card earns 2x miles on all spend with Korean Airlines and 1 mile per dollar on everything else. It has a $80 annual fee and no foreign transaction fees.

You can of course also credit all paid SkyTeam flights and paid flights on other Korean partners to your SkyPass account — just make sure you check the partner earning rates for your fare class. For instance, discount economy tickets on Delta earn no miles when crediting to Korean.

Like most things in the points and miles world, there are lots of rules and nuances to this around-the-world award. I'll start with the basics.

Note that any itinerary with a mix of economy and business will cost 220,000 miles as well.

Here are some more specifics:

Those are the basic rules, and they're relatively straightforward; you need to travel in one constant direction to the three areas. You're allowed to backtrack within a region — most likely so you can get back to a SkyTeam hub. If you start the ticket in the US, you must return to the same city in the US.

Korean places a maximum number of transfers and stopovers in each area as stated above — maybe to make sure you see as much of the world as possible. To further complicate things, based on what you do in one area (remember there are only 3 areas), limits are placed on what you can do in other areas. A total of 9 transfers allowed, and the following limitations are placed:

With a total of 6 stopovers allowed (and remember stopovers count toward your maximum number of transfers), the following limitations are placed:

A real-life application of these limits would be if you transfer five times in Europe/Africa/Middle East, you could only transfer twice in North/South America and twice in Asia/Oceania.

The SkyPass program provides some additional details about the reservation process, as well as any change or cancellation requests:

If the routing rules have you a little overwhelmed, just remember the following: Travel eastbound or westbound the whole time, cross both oceans, return to the city you originated from and don't stay in a single area for too many flights.

The following is a simple example of an allowed itinerary. You could visit each of the below cities for as long as you like (good news for the Jeddah visa situation):

This itinerary has a mix of Delta, KLM, Korean and Saudi Arabian segments. I called and gave a Korean SkyPass agent (no direct number, you must call 1-800-438-5000 and request to be transferred to the SkyPass office) my requested itinerary and rough dates. I told her I was flexible on each segment. She put me on hold for about 10 minutes while she searched for economy availability. She came back with flights and priced the itinerary at 140,000 miles and $680.23 and put the reservation on hold.

She did tell me I needed to visit a Korean office to pay for the booking and that she couldn't take payment over the phone. I asked about paying over email, and she said it's up to each office what they'll allow. $680 in taxes is a lot, but it's not too bad for the value you're receiving.

Here's another allowable itinerary, including backtracking in two different areas:

The itinerary would be on Aerolineas Argentina, Air France, China Southern and Korean Air, which are all of course SkyTeam members. You need to backtrack from Iguazu to Buenos Aires to pick up the Aerolineas Argentina flight to Rome. You backtrack again in Asia to go from Shanghai to Seoul then back to Guangzhou. This is allowed, but backtracking from Seoul to Paris would not be as it crosses area boundaries.

A round-trip business-class flight from the US to Asia on Korean metal costs 125,000 miles. For just another 95,000 miles, you can fly around the world in business seeing up to nine different cities. Round-trip in economy costs 70,000 miles on the same North America to Asia route, so why not 70,000 more miles and see the entire world? Taxes and surcharges on international SkyTeam bookings with Korean are always high, but getting this amount of flights for such reasonable mileage levels makes them worth paying.

While finding the availability and getting an agent to price it out for you can take a little bit of time, an hour of doing your own research into availability and waiting on hold with SkyPass is worth the significant value your Chase Ultimate Rewards can yield.