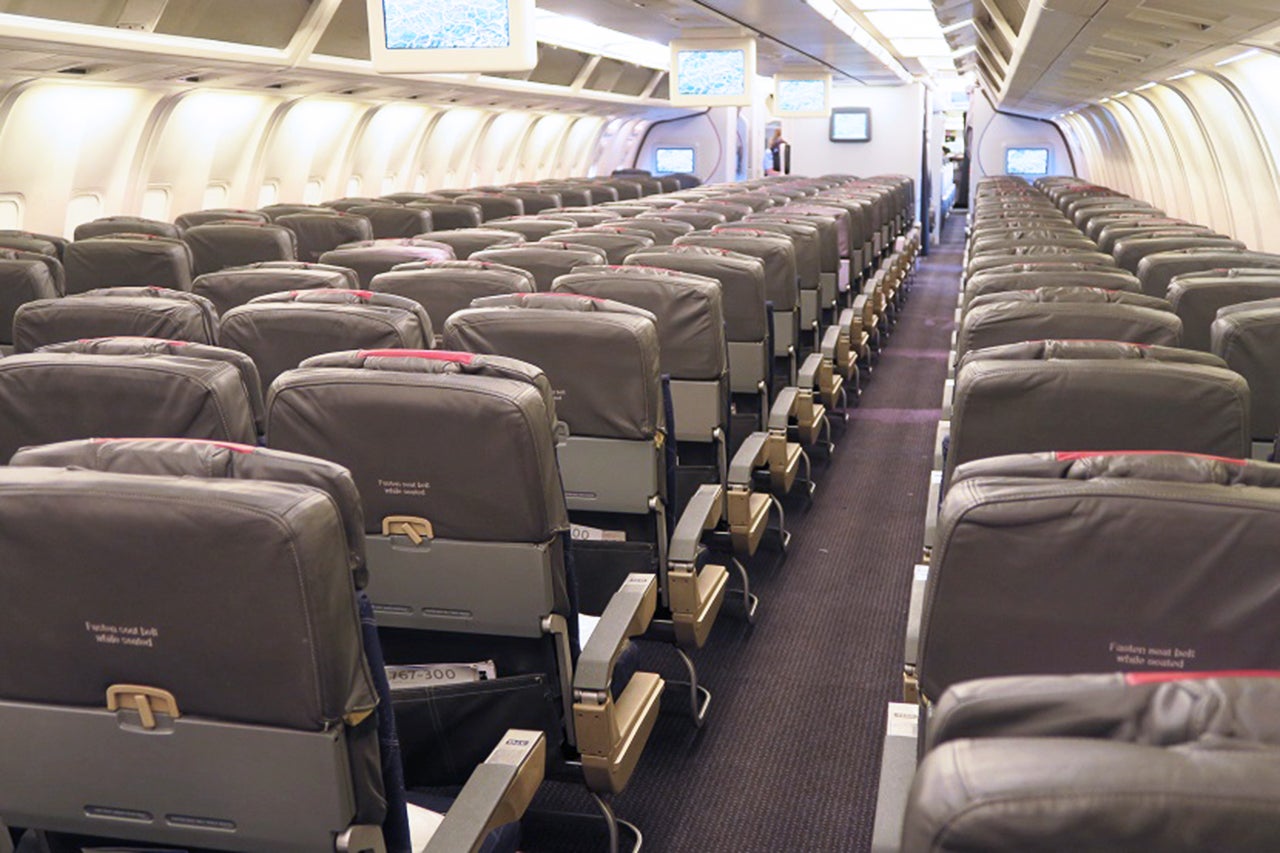 How to Avoid American Airlines' Worst Domestic Aircraft
This post contains references to products from one or more of our advertisers. We may receive compensation when you click on links to those products. Terms apply to the offers listed on this page. For an explanation of our Advertising Policy, visit this page.

Despite American Airlines and US Airways merging in 2013, AA's combined fleet remains frustratingly inconsistent. And that inconsistency is on full display when you look at AA's Airbus A321s — where there are lie-flat business class seats on some and no power, no entertainment and minimal-legroom recliner seats on others.

I rack up quite a few miles and flights on AA. From this experience and by learning from other travelers, I've picked up a few tricks and tips — which I've shared in various articles. But recently, I received a message from a TPG reader nicknamed "AmericanFlyer" that I figured I should address directly:

What is the best way to tell "good" business class seats on AA versus "bad" business class seats? I took a flight from JFK to SFO and it was full recline, upgraded for free via [Executive Platinum] status... awesome. However, on my red-eye home on that same trip (SFO to PHL) I found that business class (also upgraded) to have what I would consider standard seats with only a slightly better recline... major disappointment for a red eye! How can both of these cross country trips be considered business class?! How can others avoid this mistake?

My biggest tip to this reader and all other flyers of American Airlines: avoid US Airways. Now, let's go through how you can do this.

When I have the option, I'll always choose to connect in an LAA (legacy American Airlines) hub — such as Miami, Dallas/Fort Worth and Chicago O'Hare — instead of a LUS (legacy US Airways) hub such as Phoenix, Philadelphia and Charlotte.

In AmericanFlyer's case, the flight from the west coast to Philadelphia (PHL) was on the same miserable LUS A321 that The Points Guy railed about last year:

Meanwhile, the New York Kennedy (JFK) to San Francisco (SFO) flight he experienced is on an ultra-premium A321T. Besides short hops from Boston (BOS) to JFK, this aircraft type can only be found on American Airlines JFK-SFO and JFK-Los Angeles (LAX) routes and is one of the best upgrades AAdvantage elites can get without using a systemwide upgrade.

Due to the limited routes, the A321T is an outlier, but it's definitely worth experiencing for yourself if you're able to build it into your itinerary.

However, the advice of avoiding US Airways hubs only works on some itineraries. Sometimes your itinerary can be between two hubs (e.g. Dallas to Phoenix) or on another route that sees a mixture of legacy AA and legacy US Air aircraft (e.g. San Francisco to Dallas). The key here is to book 32B — think book 32B — and avoid 321.

What's the difference? Well, here's how AA's website describes the two planes. American Airlines planes (LAA 32B) are Version 1 and US Airways planes (LUS 321) are Version 2:

How do you avoid the LUS aircraft? Let's take SFO-DFW as an example. American Airlines flies both types of A321s on this route. I've flown this route numerous times and have experienced the stark difference between aircraft for myself.

At first glance, these two flight options may seem rather similar in economy. They are the same price in both basic economy and Main Cabin and have similar departure, arrival and duration times. However, when you look closely, you'll see 32B for the 1:23pm departure and 321 for the 2:17pm departure. If you value in-flight power, extra-legroom seating and in-flight entertainment, you're going to want to opt for the earlier flight.

Instead of using AA.com, you can also find aircraft type on ExpertFlyer:

As I chronicled during a recent cross-country mileage run, I made sure to use my Executive Platinum elite status to get a free Same Day Flight Change from a 321 to a slightly-later 32B on this SFO-DFW route. That way, I could get extra-legroom seating and power after spending the day on LUS aircraft.

Sometimes American Airlines will fly internationally-configured aircraft domestically. These aircraft are almost always better than the domestic fleet alternative — at least in the front cabin. However, if you've got the choice, you might want a domestic LAA aircraft rather than one of AA's Boeing 757 or 767 international aircraft.

Why's that? Well, before American Airlines management realized that having an awful product is a good way of losing passengers, it went through a cheap phase. And the 757 and 767 are legacies of that phase. While it installed lie-flat seats and power outlets in business class, AA passed on installing in-flight entertainment screens in any cabin. Instead, business class passengers are given a small tablet with limited entertainment options to use while at cruising altitude:

But, these tablets aren't typically handed out on domestic flights — leaving passengers in all cabins to BYOD (Bring Your Own Device) for entertainment.

As far as power goes, the 757s only have universal power outlets in extra-legroom Main Cabin Extra and the 767s only have DC power plugs at some economy seats. If you're lucky, you can get one of the few converters on the plane:

Mercifully, American Airlines has heard enough customer complaints about its 767s that it's phasing the aircraft out of the fleet sooner than planned. Even with this, the 767s will still be in the fleet into 2021.

The biggest tips I can give American Airlines flyers to upgrade their AA experience: