30 Gorgeous European Islands You Should Visit This Summer

Articles
Lori Zaino is a writer for TPG and TPG UK covering travel, news, points and miles and more. She's been based in Madrid, Spain almost 15 years and is an expert in travel throughout destinations such as Europe, Southeast Asia and Africa.
Follow
May 15, 2019
•
12 min read 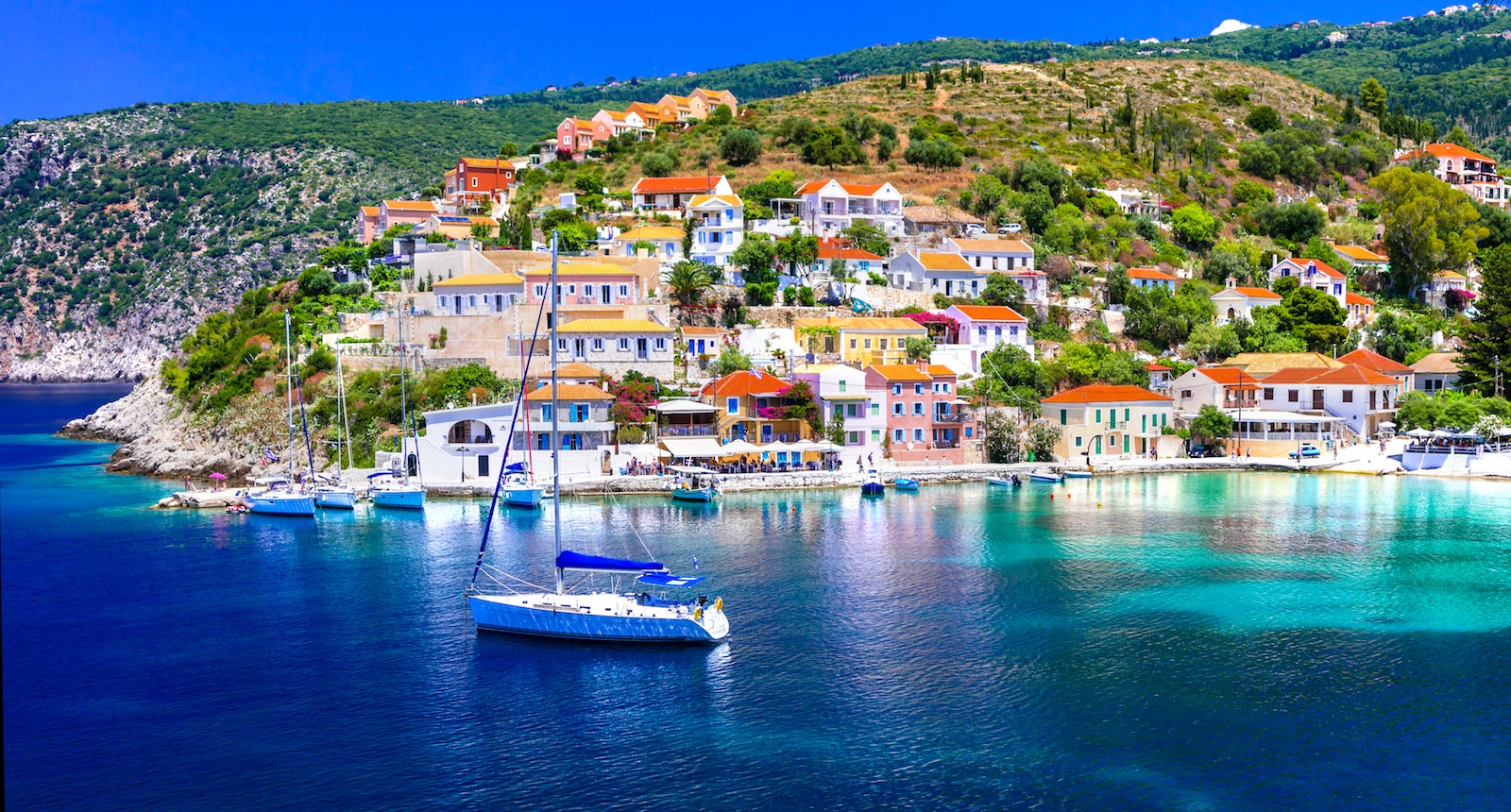 Beach season will soon be upon us, and while a trip to Mallorca or Mykonos is never a bad decision, these islands (among many others in Europe) suffer from severe overcrowding. Plus, summer can be very expensive, as resorts and hotels are in high demand.

But, if you really want an idyllic island escape, Europe is full of smaller islands that may offer the tranquility and relaxation you're seeking. Whether it's a destination you've been dreaming of your entire life or an island you haven't even heard of before, expect to have a different kind of island experience this summer by visiting one of these 30 European islands.

Malta is already a picturesque island, but one that gets pretty packed with visitors in the summer. Gozo and Camino are busy, but sometimes a little less so thanks to their smaller size, with beaches to lounge on and caves to explore, as well as ancient temples. Just a 20-minute ferry from Malta, plan to spend the night on Gozo (once the day-trippers head home, you'll have the island all to yourself). And Comino, formerly a secret hideout for pirates, is even tinier. Make sure to visit the historic St. Mary's Tower for breathtaking ocean views, while divers should go underwater to see the famous P31 shipwreck just off the coast.

A more relaxed alternative to the glamorous yet ultra crowded Côte d'Azur, Brittany's tourism office humbly refers to the island as, "a mild climate for plants and people." Take the 15-minute boat ride from the French mainland and discover an island criss-crossed by hiking and biking trails, as well as a lighthouse you can climb for beautiful views of the ocean. After a relaxing morning at the beach, head to one of Île de Batz's many local restaurants for a seafood lunch: The island is full of fishermen eager to unload their catch of the day.

San Domino, San Nicola are part of the Tremiti islands, a small archipelago off the coast of Puglia in the Adriatic Sea. Known for craggy shorelines, hidden grottoes and limestone rocks, you can ferry over from several ports on mainland Italy. San Domino is where you should head for sand and sun, while San Nicola is best for history buffs, as you can visit the famous Santa Maria Abbey and Fortress. The other Tremiti islands, including Caprara and Cretaccio, are uninhabited, and Pianosa is so tiny, it's often swallowed up entirely by waves during summer storms.

Everyone's heard of Tenerife, and many travelers even know about Lanzarote, but a few of the Canary Islands are much less traversed. La Gomera, La Palma and El Hierro are the lesser-known Canaries, and the trio also happen to be the smallest islands of the archipelago. La Gomera has a network of hiking trails and the famous Garajonay National Park, which is often referred to as Disney Forest because it seems like you're in a very whimsical, very green fairytale. Eco-conscious travelers should visit El Hierro, because the island is 100% sustainable and only uses renewable energy. It's also known for its many dive sites. La Palma is the place to be for beachcombers and stargazers, with sunny skies by day and clear, starry nights.

Only 48 of Croatia's nearly-1,000 islands are inhabited, but Solta is our top pick. Solta's pebble beaches are surrounded by crystal clear, shimmering waters, and the island is covered in quiet coves. A serene dream away from the summer crowds (and "Game of Thrones" fans) of Split, it's just a one-hour ferry to get to Solta. The island has something for everyone -- boating, sailing, biking, hiking, wine tasting and just lounging on the beach.

Germany may not be first to mind when you imagine an island vacation, but you'll be pleasantly surprised if you visit Bavaria's largest lake, Chiemsee, this summer — especially if you'd prefer something more than just a lazy beach day. Spend the day on Herreninsel, often referred to as the King's Island for its main attraction, the Herrenchiemsee Palace. Originally built to compete with Versailles, the palace was never fully finished, but it's still an impressive sight. After a tour of the palace, head over to Frauenchiemsee to spend the night. Covered in greenery, the island is also famous for the Frauenchiemsee Monastery, which dates back to 782.

When picturing Portugal's islands, the lush Azores often pop up first (especially thanks to increased airlift during the summer season). But Madeira and Porto Santo are two small islands north of the Canaries off the western coast of Morocco that are equally stunning. Besides long stretches of both pebble and volcanic rock beaches, Madeira is famous for its Laurel Forest, a UNESCO World Heritage site. But true beach bums will prefer Porto Santo. The main beach here on the island extends more than five miles, and the sand is thought to have mysterious healing properties, curing pain from ailments ranging from rheumatism to broken bones. The island's warm waters are also ideal for snorkeling and diving.

Sweden's largest island, Gotland, and the nearby, smaller island of Faro, are located in the Baltic Sea. The main town on Gotland, called Visby, is a walled, medieval village with cobblestone streets lined by charming red-roofed cottages and small shops. The best way to see the former Viking settlement (a UNESCO World Heritage site) is to cruise around on a bike. Faro is probably the closest thing to an exotic island you'll find in Sweden, with its towering limestone cliffs framing the coast. Although the two islands almost look like one, they are separated by a thin stretch of water. You can boat from a port close to Stockholm to Gotland and later ferry over the strait to Faro.

Located in Greece's Ionian Sea between Greece, Albania and the heel of Italy's boot, these islands exude both Greek and Italian charm (they were once part of the Venetian Empire, after all). The Ionians are also greener and more lush than many of the other Greek island groups. Corfu's historical town center has been designated a UNESCO World Heritage site, and Paxos (home to a colorful Venetian port capital) is easily accessible by boat from Corfu. Lefkada is actually connected to the mainland by a causeway, and has pristine stretches of sandy beach. Ithaca's shores are peppered with small fishing villages, and Kefalonia is known as an ideal destination for families because it has a little bit of everything: beaches, castles, vibrant villages and more. And you may have heard of Zakinthos' shipwreck beach, an impressive cove flanked by cliffs with a large, rusting shipwreck in view.

Isle of Harris and Lewis, Scotland

Part of the Outer Hebrides island group, the Isle of Harris is connected to the Isle of Lewis, giving visitors the fun of two islands in one. Known for having many different types of landscapes. The west coast has windswept beaches and a collection of Stonehenge-esque standing structures called Calanais, and the north has rocky cliffs and mountains. The east coast may be the most spectacular, though, with rocks that allegedly date back over 3 billion years. The eerie formations look like they belong on the moon (as a matter of fact, they contain anorthosite, just as moon rocks moon do) and are nestled into the green hills with stunning views of the surrounding seas. You can ferry to the islands or fly into the Stornoway Airport (SYY), located on the Isle of Lewis.

Already seen Sicily? Then head to the two inhabited Pelagie Islands, geographically belonging to Africa but officially part of Italy. The blue waters and glittering beaches are some of the most gorgeous in Europe, especially those on Lampedusa. On Linosa, there are black sand beaches, thanks to a trio of volcanoes on the island: Rosso, Nero and Vulcano. Both islands (plus the uninhabited Lampione) are home to an endangered species of loggerhead turtles that you may spot nesting on the beach or while snorkeling or swimming. In fact, the islands and surrounding waters are part of a protected marine area to ensure the turtles thrive. Take the ferry over from Sicily, or fly into Lampedusa's airport (LMP).

The Wadden Islands, The Netherlands

Off the coast of the Netherlands, the Wadden Islands, (sometimes called the West Frisian Islands) are Texel, Terschelling, Vlieland, Ameland and Schiermonnikoog. The islands are famous for their mudflats, which you can admire during low tide, and have been deemed a UNESCO World Heritage site. The largest is Texel, where you can play around on giant sand dunes. Tershelling is home to the oldest lighthouse in the Netherlands that dates back to 1594, and Vlieland is the most remote of the islands, with just one village for those wanting to really disconnect. Ameland is often the busiest, with lots of activities like whale watching, sport fishing and beach tractor rides. Schiermonnikoog is the smallest inhabited Wadden Island. There is one village, though, and the remainder of the island is a National Park. Various ferries leave the mainland for the islands, and you can take boats between the islands as well.