What is the Clear expedited airport security program — and is it worth it? 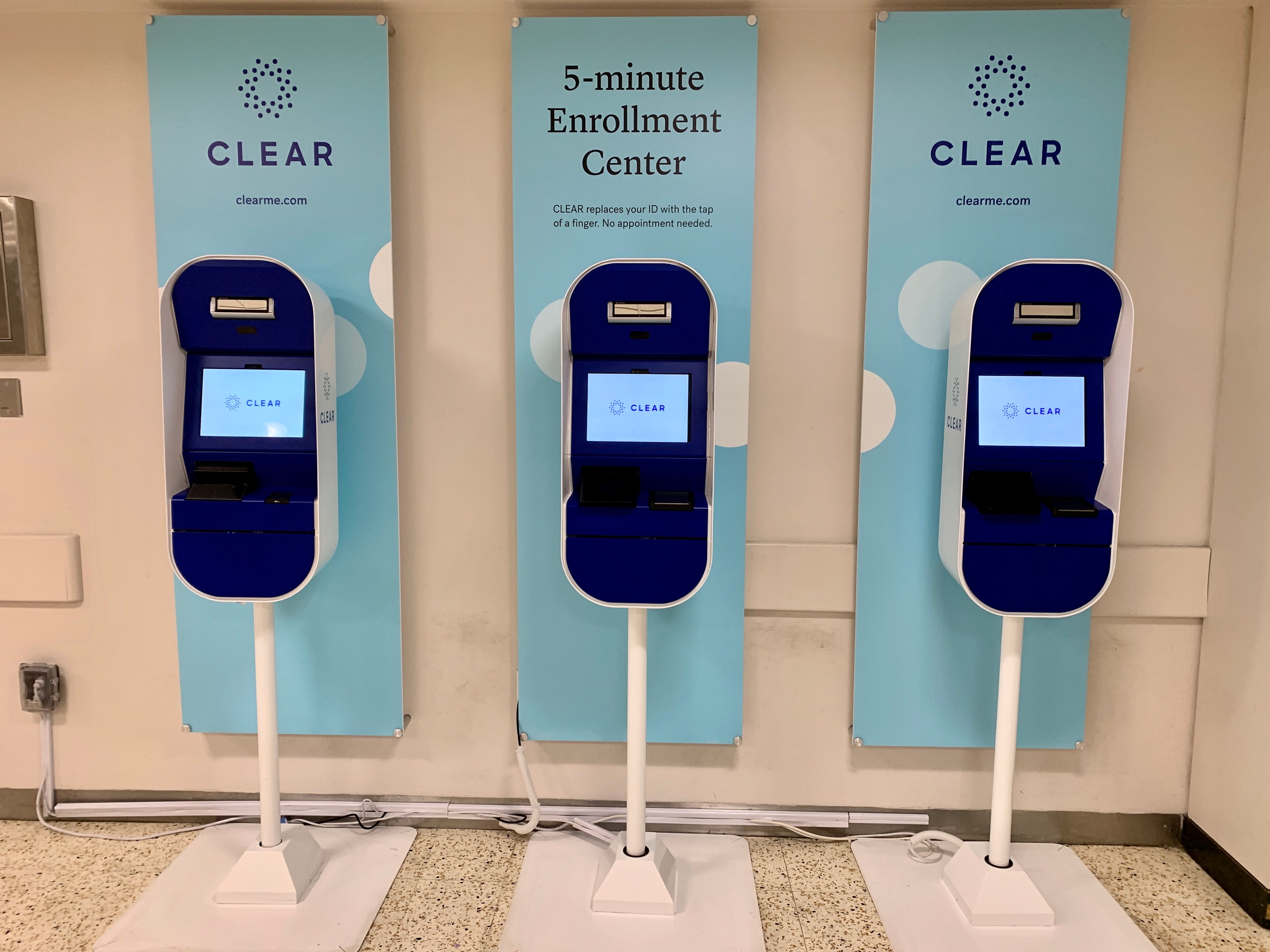 Editor’s note: This post was updated with new information.

With air travel hitting peaks not seen since before the pandemic, the long airport security checkpoint lines are back — but with fewer screeners. A boarding pass valid for TSA PreCheck used to be enough to consistently get you in a short security line, but these days, that's far from guaranteed. As a result, it's more important than ever to leverage whatever resources you have to get through security lines faster.

This expedited security program has made its way to more than 50 locations nationwide, including airports, stadiums and other large venues. Chances are you’ve seen the kiosks and the casually uniformed agents escorting Clear members to the front of the line when going through airport security.

The question is whether Clear is worth the annual $189 membership investment.

To help you decide whether you should pay extra for Clear, here's what you need to know about the expedited airport security program, including its benefits and potential drawbacks, as well as all the ways you can get a discounted (or free) membership.

Clear is an identity validation system. It is based on a secure platform with a database that uses your biometric information, including fingerprints and an iris scan, to verify your identity. It allows access through one level of security at locations such as airports and stadiums. It is a separate program from TSA PreCheck, meaning there are different enrollment processes and security lines for each one.

The Clear network includes kiosks at major airports that do the scanning, as well as staff that facilitates the process. Clear Plus is the airport membership program in which you enroll to allow this expedited screening.

As Clear’s representative explained to me, today’s airport security requires passengers to complete two steps: identity verification and security screening. Travelers with a Clear membership have their own separate lane for the first step. This means they can submit to biometric authentication (a fingerprint or iris scan) at a kiosk instead of waiting for a Transportation Security Administration agent to inspect their government ID and check their boarding pass. After the scanner verifies a passenger's identity, a Clear representative escorts the traveler to the actual security screening area, bypassing everyone waiting in the first line.

If you’re also enrolled in TSA PreCheck, you’ll be taken directly to the TSA PreCheck line. Additionally, if you're traveling with children younger than 18, they may use the Clear line for free as long as they stay with you or another paid member.

Related: Why you should get TSA PreCheck and Clear — and how you can save on both

At this time, Clear is available at the following airports:

Additionally, Clear is available at select entrances to the following stadiums during some events:

How does Clear compare to TSA PreCheck?

At my home airport in Denver, I ignored Clear at first since my entire family is enrolled in Global Entry, which offers access to TSA PreCheck. However, a Clear representative explained to me that one program is not a substitute for the other and that Clear offers some distinct — and complementary — advantages.

First, keep in mind that TSA PreCheck members are not guaranteed access every day, as they can be randomly excluded and sent to the standard line. However, Clear has no randomized exclusion of passengers. Also, everyone who enters the Clear line is a member of Clear and knows how to operate the system.

Another distinction includes the ability to reach screening more quickly through Clear by speeding up the verification process and entering at the front of the line. Also, keep in mind that having Clear doesn’t preclude you from using the streamlined TSA PreCheck security screening process; it’s just designed to help you reach it faster than you would have otherwise.

How is Clear different from security lines for travelers with elite status?

The four security lines available include the standard line, the TSA PreCheck line, the Clear line, and the one for passengers traveling in first (or business) class or those who have elite status. While this line for elite and first-class passengers is usually much shorter than the standard line, you may still find yourself waiting for the TSA agent to inspect your ID and boarding pass. However, Clear automates this process, so passengers can go directly to either the standard or TSA PreCheck screening.

Clear is blind to status, so there’s no need to worry about being bypassed if you’re traveling in economy or lack elite status with any airline. Indeed, you may be the one doing the bypassing.

What's the difference between Clear and Clear Sports?

You can use your paid Clear membership at select stadiums that have Clear lanes. There’s also a free Clear Sports membership that allows fans to enjoy expedited entry to games at participating stadiums. However, this membership doesn’t provide access to non-stadium Clear locations, such as airports.

To register for a Clear Sports membership, simply arrive at a participating stadium before an eligible event and visit the enrollment area outside the stadium. Clear Sports members may bring one guest with them through the Clear lane at Clear stadium locations. They can also upgrade to a paid membership that’s valid at non-stadium locations anytime.

How to enroll in Clear

The final steps of enrollment must be completed at a Clear location. These steps include answering a few simple questions to verify your identity, showing a valid photo ID, providing a method of payment and attaching your biometrics (fingerprints and a picture of your irises) to your newly created account.

How to save on Clear

The normal rate for Clear membership is $189 per year. However, there are many ways to avoid paying that full retail price.

Clear also has partnered with select airlines to offer the following special membership rates for their members:

As part of a major overhaul of The Platinum Card® from American Express — which has a $695 annual fee (see rates and fees) — cardmembers now receive up to a $189 credit back per year to cover their Clear membership (enrollment required).

Once you are a Clear member, you can log in to your account on Clear’s website and add up to three family members for $60 each per year. Remember that children younger than 18 can use the lane for free when accompanied by a Clear member.

Related: Guide to using Clear with a family

Which credit cards cover Clear fees as a benefit?

The information for the Amex Green Card and the Amex Centurion Card has been collected independently by The Points Guy. The card details on this page have not been reviewed or provided by the card issuer.

Amex Platinum cardholders also receive up to a $189 annual credit to cover a Clear membership. The feature is part of the card's focus on offering more lifestyle benefits (enrollment required).

Related: Here’s how Clear’s airport precautions will keep you safer when traveling

If Clear is available at your home airport or one you visit frequently, the program could be a big timesaver for your future travels, regardless of whether you have TSA PreCheck. There’s often just a single TSA staffer checking IDs and boarding passes for both the TSA PreCheck line and the regular security line, so enrolling in Clear can save you valuable time. Plus, Clear members enjoy more predictable access to security. This means those who check in online without checked bags can arrive at the airport even closer to their flight departure time than they normally would.

When it comes time to pay for Clear, keep in mind that the Amex Platinum offers up to $189 in annual credit. The Amex Green gives you up to a $189 statement credit toward Clear, too.

If you value a predictable travel experience and like having lots of options when it comes time for security, then Clear is well worth your consideration.

For rates and fees of the Amex Platinum please click here.