How to choose an Indigenous-led travel experience 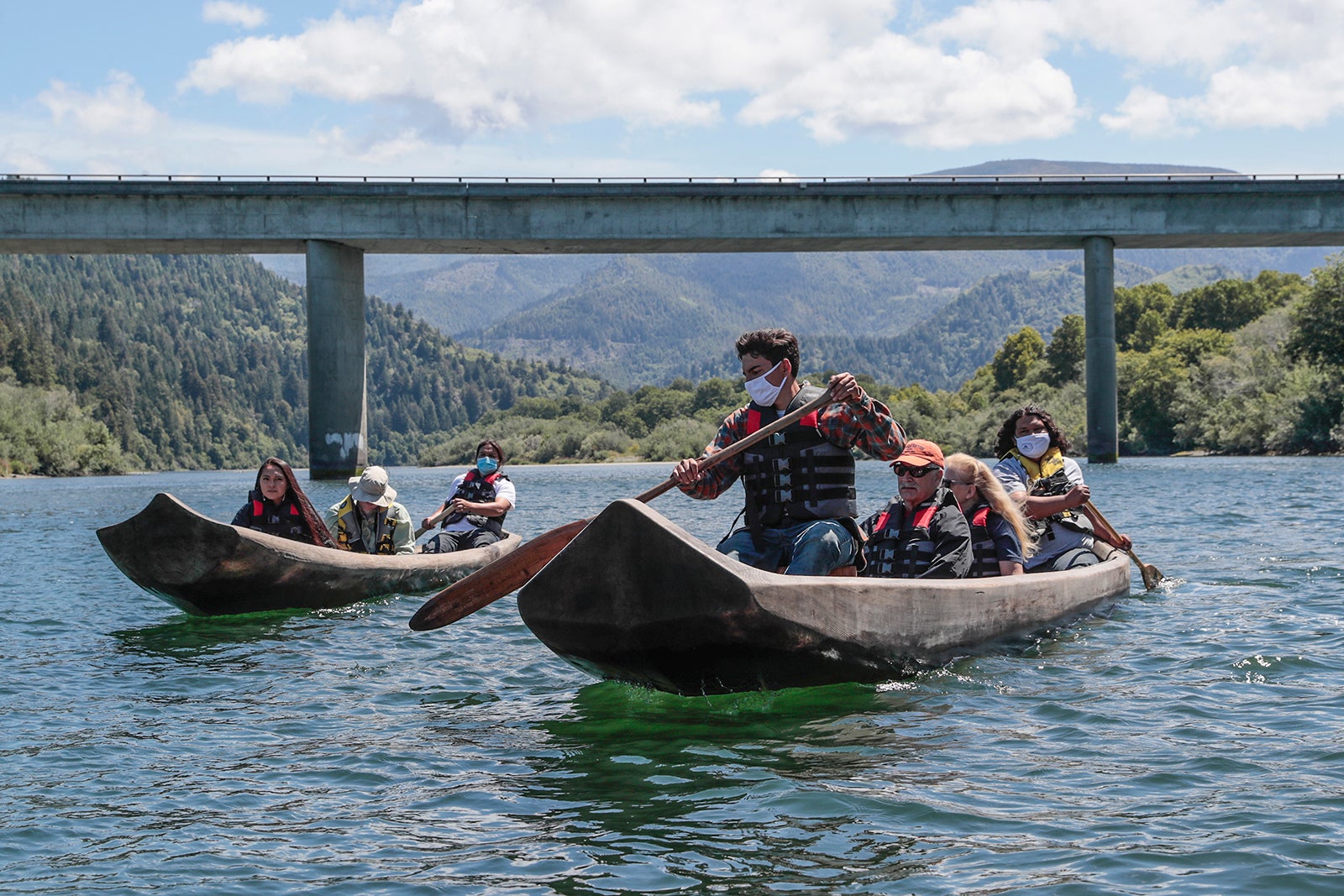 From Alaska to Australia, Indigenous communities around the world are creating travel experiences that allow visitors to learn more about their history, their culture and their future.

Led by the communities themselves, these new tourism initiatives allow Indigenous peoples to create impactful experiences that help to preserve their culture and educate visitors.

For travelers interested in more diverse and intentional travel experiences, it's important to seek out authentic opportunities led by people of that culture. Doing so will not only enrich the life of the traveler but also help with the ongoing fight for Indigenous self-determination and understanding.

The rise of Indigenous-led tourism experiences

What sets the newest trend of Indigenous tourism apart is that the businesses leading the charge are owned or led by members of Indigenous communities themselves. This means the experiences generally are more genuine, less exploitative and give back directly to the community.

Interest in Indigenous culture and communities is not new. There have been tourism experiences in Indigenous communities for hundreds of years. Unfortunately, these experiences, mostly initiated by others, were often exploitative, appropriative or outright destructive, rather than beneficial.

Historical examples like the famous "Buffalo Bill's Wild West" show of the late 1800s and the existence of so-called ethnological exhibitions or human zoos, which featured Indigenous peoples held and placed on display until the mid-20th century, perpetuated racist stereotypes.

Even today, companies owned by outsiders often exploit and appropriate Indigenous communities and religious practices for tourist dollars, such as the popular Ayahuasca tours in South America.

Fortunately, the majority of Indigenous-led tourism experiences nowadays specifically seek to use tourism as a vehicle for cultural preservation. In the last 10 years, hundreds of such businesses have cropped up around the world, and several tourism organizations have formed in order to help them succeed.

What types of experiences are available?

The Indigenous tourism experiences cropping up across the Americas, and around the world, reflect the diversity of Indigenous communities themselves.

“Probably the most important thing to know about visiting Indian country is that there really is no such thing as one Indian country,” said Sherry Rupert, chief executive officer of the American Indian Alaska Native Tourism Association.

Because of the variety of options available, there is an Indigenous-led activity or experience available for every type of traveler.

For example, adventure travelers interested in remote experiences can travel to the Arctic with a company like Arctic Bay Adventures, an Inuit-owned and -operated company that runs polar expeditions in Canda's rural Nunavut province.

Those more interested in cultural experiences might enjoy the award-winning Wukalina Walk, a 4-day/3-night hiking experience guided by the Aboriginal Palawa community. Visitors traverse Wukalina, also known as Mt William National Park, in the Australian state of Tasmania while learning more about the land, the Palawa community and the culture.

For something more modern and urban, the Agua Caliente band of Cahuilla Indians is opening a multimillion-dollar cultural plaza right in the middle of downtown Palm Springs, California.

Why supporting these businesses matters

In 2021, AIANTA released the results of an economic impact study of tourism in Indigenous communities in the U.S. That study concluded that Native-owned hospitality businesses are a $14 billion industry.

While job creation matters regardless of which destination you look at, it's especially important in more rural communities, where jobs are often extremely limited. As a result, tourism tends to play a major part in the local economy by introducing a sizeable number of jobs. However, this isn’t what many communities see as the most important factor when it comes to offering Indigenous experiences.

“Tourism also supports cultural workers, such as guides, artists, dancers and presenters, as they share their culture and traditions,” Rupert said. “It allows for the tribe to support cultural training programs so that culture can be passed down from generation to generation and shared with visitors.”

Both Rupert and Henry also stressed the educational opportunities inherent in taking part in these kinds of tourism experiences, which allow Indigenous peoples to share their own stories with visitors. After all, much of what we have learned about Indigenous peoples around the world is incorrect and based on racial stereotypes.

By partaking in these Indigenous-led experiences, travelers gain a better understanding of these communities and their culture, which they can then share with others to help dispel this misinformation.

How to find an Indigenous tourism experience

"We know that there is very strong interest internationally for Indigenous experiences," said Phil Lockyer, head of Indigenous affairs at Australia Tourism. "I think that people ... not just travelers, but partners and distribution as well, don't necessarily know how to access them effectively."

So how do you find authentic Indigenous travel experiences?

The most important thing to consider when searching for an Indigenous tourism experience is that you find one that's actually run or at least led by Indigenous peoples. This ensures that the information you're receiving is accurate and the experience itself is helpful, rather than harmful, to that community.

On the consumer side, these organizations also host websites that make it easier to find experiences that are owned or led by Indigenous entrepreneurs. Native American Travel is one such website, which serves as a resource for those searching for authentic Indigenous travel experiences in the U.S., including in Alaska and Hawaii.

ITAC has a similar website for Canadian experiences called Destination Indigenous and works with a host of other Indigenous tourism organizations that are organized by province.

Likewise, Australia Tourism has a section on its website, called Discover Aboriginal Experiences, that allows visitors to explore options to connect with Indigenous tourism businesses across the country.

There are numerous Indigenous-led travel experiences across Latin America as well, though these are currently easiest to find by individually searching for them on Google.

Keep in mind that when searching for these kinds of experiences, not every tourism business that focuses on Indigenous cultures and people is Indigenous-led. Many companies will offer Indigenous experiences and perhaps even hire a few members of an Indigenous community to lend credibility to something that isn't necessarily helpful or even respectful to the group at large.

To avoid doing more harm than good, it's generally best to steer clear of anything that seems to allow unfettered access to sacred sites, such as climbing Uluru in Australia, or promises to allow outsiders access to religious ceremonies.

“Indigenous perspective isn’t really driven necessarily by economics,” Henry said. “I find the biggest benefit has been in our communities ... realizing this is a very powerful engine to support cultural revitalization.”

Featured image by ROBERT GAUTHIER/LOS ANGELES TIMES/GETTY IMAGES
Editorial disclaimer: Opinions expressed here are the author’s alone, not those of any bank, credit card issuer, airline or hotel chain, and have not been reviewed, approved or otherwise endorsed by any of these entities.