5 Books to Inspire Your Next Backpacking Adventure

Articles
Brian Biros spent most of the last 15 years backpacking through 100+ countries. He writes TPG's Points & Miles Backpacker column, so you'll more likely find him in a hostel than a Ritz, if you can find him.
Follow
June 24, 2019
•
7 min read 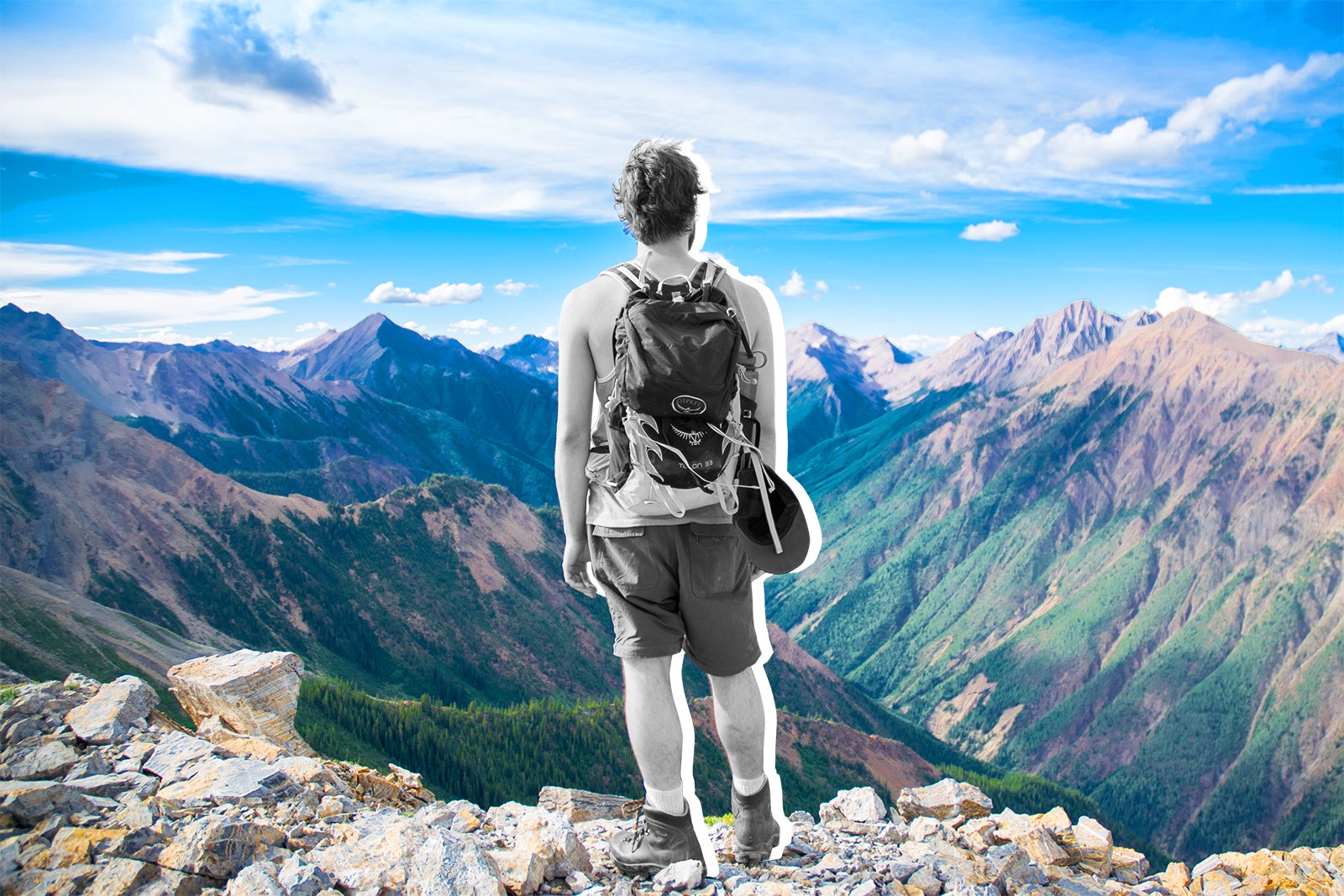 Travel inspiration comes in many forms. Movies have long fueled wanderlust, and websites and social media now lead the way. But none of these newcomers can match the depth of the original form of travel inspiration: a book.

If you're looking to inspire a backpacking adventure, these are five amazing books that will do the trick. The first three are iconic odysseys, while the others are more practical guides that show both the glamor and grit of the backpacker life.

Just be sure to keep your favorite travel rewards credit card handy, because when you finish reading one of these books you'll be itching for adventure.

The popular movie adaptation of the book chronicles the story of Chris McCandless, a recent college graduate who ditches his white picket fence family for a vagabond life with an adopted name of Alexander Supertramp. Set to an amazing soundtrack by Eddie Vedder, McCandless journeys through the American west as a nomad, working on farms, living in hippie communes and eventually hitchhiking to remote Alaska where he dies of starvation after eating poisonous plants.

The book, however, also documents the author Jon Krakauer's quest to piece together McCandless's two year journey from his journal containing only 430 words (that's about a third of the length of this article).

While Krakauer does an admirable job tracking down some major characters and filling in the gaps, plenty of mystery and controversy lingers around this story, particularly McCandless's final days in the Alaskan wilderness.

The paradox of this famous story is that McCandless never intended for it to be told. He sent no communication to his family and moved from each chapter of his journey without connections. In a time when Instagram posts seem mandatory for every vacation, "Into the Wild" is a solemn reminder that our travel experiences are for us, and that social media validation can be extremely artificial.

Jack Kerouac's semi-autobiographical classic, "On the Road," follows his alter ego Sal Paradise as he crisscrosses the country chasing women, drugs and jazz. By most standards Sal's rebellious life is extreme, until you compare it to Dean Moriarty's, his intermittent partner-in-crime.

Seasoned backpackers can identify with Paradise, who lives a life many would consider extreme, but inevitably comes across someone who will want to stay out one hour later, climb higher and travel longer.

But the most relatable part of Paradise's story is the yearning for an undefined something more. When Sal doesn't find what he wants in San Francisco, he heads to New York City. When it's not there, he tries Denver. Or Chicago. Or New Orleans. Or San Francisco again.

This is why backpackers buy a one-way ticket to Barcelona without a return. They may think they'll fly home from Budapest three months later, but they know their journey could just as easily lead them to Senegal.

If for no other reason than to know who that guy is on everyone's T-shirt, "The Motorcycle Diaries" chronicles Che Guevara's motorcycle journey across South America where he develops his disdain for imperialism.

The journey is full of misfortunes which leave Guevara and his friend to rely on the generosity of the middle class and the poor, whose oppression from tyrannical governments and foreign capitalism he witnesses first hand. Several encounters inspire Guevara's lust for communist ideology, which would later define his life as a revolutionary.

Politics aside, Guevara's adventure is filled with elements of backpacking gold: unforeseen misadventures, encounters with authentic locals and the endless struggles of a broke traveler.

While your travels probably won't inspire you to lead a revolution, they no doubt have the power to inspire you.

"Off Track Planet's Travel Guide for the Young, Sexy, and Broke"

No, this is definitely not your typical guide book. This is a comprehensive exploration the life of a backpacker.

The book goes deep into topics you won't find in other guidebooks such as an intro to doing ayahuasca in the Amazon and an actually applicable guide to joining the Mile High Club.

I may be biased because I co-authored it, but you won't find a more realistic guide that covers everything you wanted to know about backpacking but was too afraid to ask out loud.

"Off Track Planet's Travel Guide for the Young, Sexy, and Broke" is divided into three sections.

First, inspiration: Where to find the best graffiti and how to scale a glacier. The second section is planning: Want to experience all the madness and adventure you read about in part one? Here's how. And the third section is all about giving back: When you finally get out and see the world, you'll want to find ways to preserve it. This is how you make yourself useful.

Just be careful where you leave this book, because you probably don't want Mom thumbing through a copy unless she's really interested in learning how to pick up locals at Carnaval.

The original backpacker's bible has guided long-term travelers for over a decade, myself included. Now in its third edition, backpacking icon "Nomadic Matt" Kepnes dispels the myth that travel is expensive.

Kepnes's guide is less about inspiration and more about practicality, as it covers the full breakdown of expenses you might encounter during extended travel.

If you haven't traveled outside the US, the idea of $8 lodging and $2 meals could seem impossible. But it is entirely feasible to live this cheaply in safe, incredible destinations. Often it is less expensive to travel than it is to stay at home.

How to Travel the World on $50 a Day" promises to help you "travel cheaper, longer [and] smarter" — a theme that resembles a lot of what you find on The Points Guy and in The Points & Miles Backpacker column in particular. With this extensive guide, "I can't afford it" is no longer a valid excuse not to travel.

Our points-obsessed staff uses a plethora of credit cards on a daily basis. If anyone on our team wouldn’t recommend it to a friend or a family member, we wouldn’t recommend it on The Points Guy either. Our opinions are our own, and have not been reviewed, approved, or endorsed by our advertising partners.
See all best card offers
Related stories
News
Did your credit card points just get more valuable? Air Canada and Emirates expand partnership
Guide
Updated: A country-by-country guide to coronavirus reopenings
Deals
Southwest deal: Get 25% off one-way trips for Christmas and New Year's Eve travel
News
At just 356 miles, Delta starts flying its shortest wide-body route