Canada is about to reopen to Americans: Here are our favorite points hotels

Articles
Terry Ward is a Florida-based freelance writer who travels the world with her two young children while contributing to The Points Guy Family, in addition to many other outlets. She has lived in France and New Zealand and has a particular passion for Norway. terry-ward.com
Follow
July 26, 2021
•
11 min read 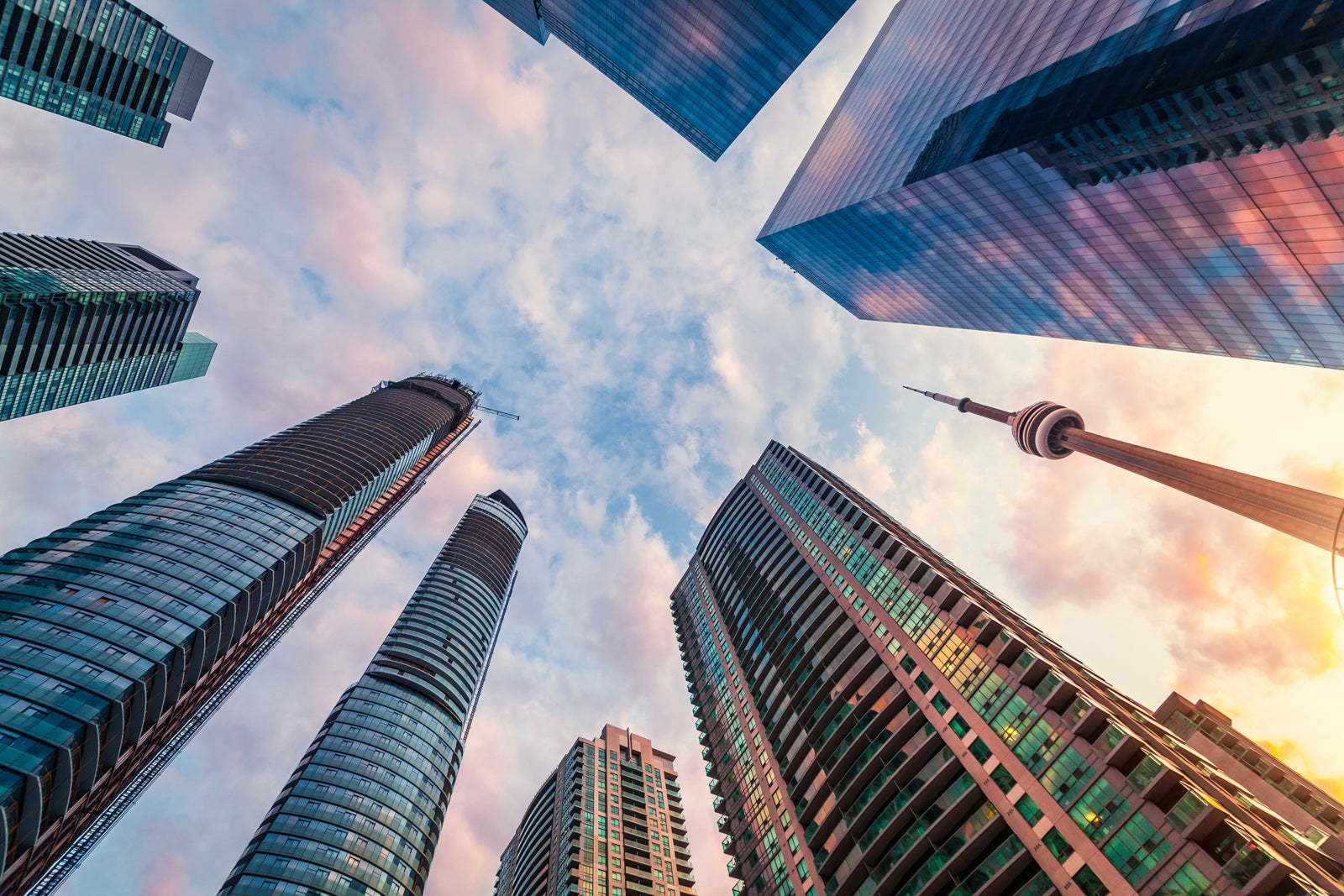 Oh, Canada! We missed you.

Canada is reopening to fully vaccinated U.S. citizens starting Aug. 9, and vaccinated travelers from other foreign countries can start visiting Canada once again beginning Sept. 7. The news has many Americans dusting off their (hopefully still valid) passports and readying their vaccine cards for a trip north.

Canada has long been a popular destination for U.S. travelers — and with good reason. From spectacular national parks like Banff National Park that beckon for a family vacation and exciting cities such as Montreal that bring a taste of Europe to North America, the coast-to-coast wonders that will once again be available for tourists to visit feel like a curtain lifting on a wanderlust smorgasbord.

Wherever you end up exploring, chances are you’ll kick things off or finish up your travels in one of Canada’s major cities. So we’ve rounded up a few of our favorite hotels to book on points in Montreal, Quebec City, Toronto and Vancouver to kickstart your planning.

Say bonjour to Canada again with a trip to Montreal, a city filled with galleries, street art, murals and leafy parks (don't miss a jaunt around Mont Royal Park) — all with a French-speaking flair and one of Canada’s best gastronomic scenes.

There are plenty of points hotels to choose from in the city, but here are a few of our top picks.

Connected to the convention center, the InterContinental Montreal is one of the city’s top points hotels and has a prime location between Old Montreal and Chinatown, just a 20-minute ride from the Montréal–Trudeau International Airport (YUL). Pet-friendly rooms are available and guests rave about the service, salt-water lap pool and views of the old city.

The InterContinental Montreal can be booked with IHG points. At the time of writing, rooms for August 2021 could be redeemed for as low as 26,000 points per night.

Another coveted points hotel with a central Montreal location, between the old city and Chinatown, is Le Westin Montreal. It's within a short stroll of spots like the Notre-Dame Basilica and the Old Port, and the hotel has an indoor swimming pool and luxuries like marble bathrooms and pillow-top mattresses.

Le Westin Montreal is a Category 6 Marriott Bonvoy property, meaning free nights will cost you between 40,000 and 60,000 points per night, depending on your travel dates.

Completely renovated in 2020, the W Montreal sits between downtown and the Old Port in the city's Ville-Marie neighborhood. It stays true to the brand’s "detox, retox, repeat" ethos with live DJs every week during the Living Room Series music events, a co-working space, a fitness center updated with the latest equipment and a cocktail bar right in Victoria Square.

The W Montreal is another Category 6 Marriott Bonvoy property, which will cost you between 40,000 and 60,000 points per night, depending on your travel dates.

For a taste of the Old World in North America, it's hard to top Quebec City. The French-speaking capital of Quebec pours on its appeal in every season, with historic buildings and cobblestone streets that landed it on UNESCO’s World Heritage list and look as good under the dappled summer sun and changing fall leaves as in the snow.

Here is where you should stay if you're looking to book with points.

Quebec City’s most storied hotel, Fairmont Le Chateau Frontenac rises fairytale-like above the Saint Lawrence River just steps from Vieux-Quebec. Built by the Pacific Railroad Company in 1893, the hotel’s 610 rooms and suites are updated with all modern comforts and the spa, pool and fitness center are world-class.

Like many of the Marriott Bonvoy hotels on this list, Quebec City Marriott Downtown is a Category 6 Marriott Bonvoy property, so you'll spend anywhere from 40,000 to 60,000 per night depending on when you plan to travel.

With pet-friendly rooms and an outdoor swimming pool open during the summer months, the Best Western Premier Hotel Aristocrate is popular with families. Note that the location is at the entrance to the city, about 20 minutes from downtown.

Another option at the entrance to Quebec City, about 20 minutes from downtown, is the Holliday Inn Express Quebec Sainte-Foy. It has a modern design, in-room Keurig coffee machines and a full breakfast buffet for guests.

The Holiday Inn Express Quebec Sainte-Foy can be booked with IHG points. At the time of writing, rooms could be redeemed starting at 34,000 points per night for August 2021 stays.

Golfers and families who don't mind being 20 minutes north of Quebec City gravitate to this DoubleTree by Hilton Quebec Resort, right next to Quebec’s only 18-hole championship golf course (Golf de la Faune). The hotel has updated rooms and amenities that include outdoor thermal baths, a Finnish sauna and an outdoor terrace and courtyard for dining.

At the time of writing, the DoubleTree by Hilton Quebec Resort can be booked starting at 36,000 Hilton Honors points for August 2021 dates.

Canada’s largest city and Ontario’s capital dazzles with its film, concert and cuisine scene, plus cultural attractions that include a slew of art galleries and museums ranging from the world-class to the niche. And with nearby urban and national parks, it's all within easy access of fresh air.

Right in Yorkville near the intersection of two metro lines, the Park Hyatt Toronto is reopening in September after a full renovation designed to render the feeling of a high-end home. Skyline views from the 17th floor cocktail bar, the Writers Room, are among the many amenities.

As a Category 6 World of Hyatt property, award stays at the Park Hyatt Toronto will cost you 25,000 points per night.

With the city’s largest spa (Spa My Blend by Clarins) and Canada’s lone hotel-based cheese cave (why aren’t these a thing everywhere?), The Ritz-Carlton, Toronto is as over-the-top as you’d expect and located right near the CN Tower and waterfront.

The Ritz-Carlton, Toronto is a Category 7 Marriott Bonvoy property, and free nights will cost you between 50,000 and 70,000 points per night, depending on your travel dates.

Suggested by Juan Ruiz, credit cards editor for The Points Guy, the Toronto Marriott City Centre Hotel is located within the Rogers Centre (home of the Toronto Blue Jays). There are stadium-view guest rooms from which you can watch the game right from your window and the hotel has a heated indoor pool and its own sports bar, too.

The Toronto Marriott City Centre Hotel is a Category 5 Marriott Bonvoy property, costing between 30,000 and 40,000 points per night.

Centrally located in downtown Toronto’s financial district near the waterfront, The St. Regis Toronto towers 65 stories high with some of the city's best skyline views. Amenities include an enormous spa with a lap pool, and the restaurant LOUIX LOUIS on the 31st floor has a two-story bar that’s a cocktail lover’s fantasy.

The St. Regis Toronto is a Category 7 Marriott Bonvoy property, meaning free nights will cost you between 50,000 and 70,000 points per night, depending on your travel dates.

British Columbia's most populated city is home to an enviable mix — a city filled with culture set at the doorstep of pure Pacific Northwest wilderness. You can head out on whale-watching tours from March through October to see orcas and humpbacks, hit galleries and indigenous art museums or spend a fun day biking or hiking in Stanley Park.

There's something for everyone in Vancouver, and the same can be said for its selection of top points hotels.

Vancouver has four solid Fairmont properties, including the Fairmont Vancouver Airport, a four-star option right inside the terminal. But the most luxe for a city stay in the heart of downtown is the Fairmont Pacific Rim, with a rooftop pool and the amazing lobby lounge RawBar. The hotel’s Willow Stream Spa has also been named among the best in the world.

Fairmont Pacific Rim is a member of the AccorHotels group. Like with the Fairmont Le Chateau Frontenac, you can redeem points in increments of 2,000 points for a 40 euro (~$47.23) discount on your stay.

With recently renovated guest rooms and an indoor pool, the 746-room Sheraton Vancouver Wall Centre is the biggest hotel in the city. Right near the convention center in downtown Vancouver, it draws a mix of business and leisure travelers.

The Sheraton Vancouver Wall Centre is a Category 6 Marriott Bonvoy property, which runs between 40,000 and 60,000 points per award night.

Near Gastown and Yaletown in Downtown Vancouver, the JW Marriott Parq Vancouver has rooms with floor-to-ceiling windows that provide excellent views of the city and the mountains beyond. Book a treatment at the luxe Spa by JW and don’t pass on a post-sightseeing soak in the rooftop hot tub.

The JW Marriott Parq Vancouver is a Category 6 Marriott Bonvoy property; you'll spend anywhere from 40,000 to 60,000 points per night depending on your travel dates.

Located within the Parq Vancouver casino and hotel complex at the edge of Yaletown, The Douglas, Autograph Collection is a 188-room boutique-style hotel that takes its inspiration from nature — with a big dash of bold, contemporary design. There's no pool on-site, but guests have access to the nearby JW Marriott Parq Vancouver's rooftop hot tub.

Like many of the other Marriott hotels on this list, The Douglas, Autograph Collection is a Category 6 Marriott Bonvoy property. Expect to spend anywhere from 40,000 to 60,000 points per night.