The Best and Worst Times to Travel This Fourth of July

Articles
Liz Hund is a former TPG writer, covering everything from the latest deal to deeper guides with a focus on beginners.
Follow
July 02, 2019
•
6 min read 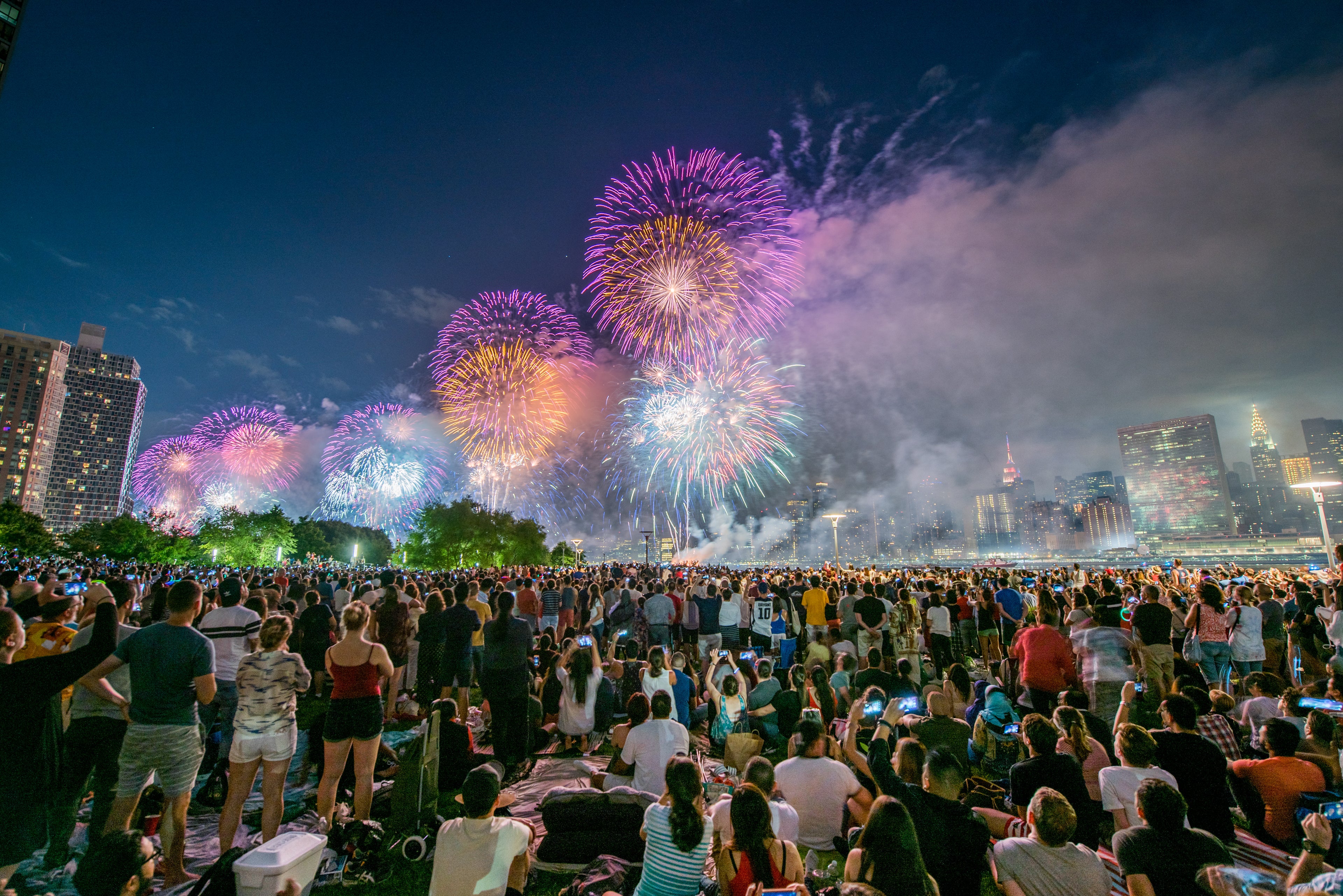 The Best and Worst Times to Travel This Fourth of July
This post contains references to products from one or more of our advertisers. We may receive compensation when you click on links to those products. Terms apply to the offers listed on this page. For an explanation of our Advertising Policy, visit this page.

With the Fourth of July falling on a Thursday this year, it is expected to be busier than ever, with travelers taking advantage of the extra long weekend. According to data from the farecasting app Hopper, more than 12 million travelers are scheduled to fly this holiday weekend — and that doesn't even include those who are hitting the road. The American Automobile Association (AAA) is expecting some 41.4 million drivers to pile into cars for an Independence Day getaway.

Given the increase in holiday travel both in the air and on the roads, travelers can expect major delays. To help you plan your holiday travels, here are the best and worst times to travel this Fourth of July weekend.

If You're Hitting the Road

AAA is expecting the number of July 4 drivers to increase 4.1% from last year, and cause delays nearly four times longer than usual. Be sure to pack the car with snacks and entertainment for the kids, here are some of our favorites. As for gas, AAA reported that it's gone up 5 cents this week, bringing the average price to $2.71 per gallon. But this is still low, compared to the $3 average gas price over Memorial Day weekend. (Just be sure to keep a credit card that offers a solid return on gas spending in your wallet, like the Citi Premier® Card, which offers 3 points per dollar on both gas and air travel.)

Of course, certain times are better than others to hit the road. AAA says that the afternoon of Wednesday, July 3 is going to be the absolute worst time to travel, as it will be a mix of commuters and travelers. One of the best times to travel is actually going to be in the early morning of July 4. That may seem less than ideal for many drivers because it means less time at your destination — but it also promises less time on the road.

AAA put together a chart with the worst and best times to travel, and expected delays, as it varies by city.

New York City-area drivers should brace for the worst delays, especially during the afternoon of July 3. Boston traffic delays could be nearly three-and-a-half times as bad as normal, but the worst hours for travel will be on Friday, July 5 between 10am and 12pm (so get a super early start or sleep in and wait to leave until after lunch). Seattle will be the third-worst city for traffic delays, with the worst congestion between noon and 2pm on Thursday, July 4.

Google also analyzed data from years prior and came up with a handy tool travelers can use to search for the best and worst times to travel specific to a destination.

Over the past month, TSA has experienced six of the busiest travel days in the agency's history. And with 12 million travelers scheduled to fly between July 3 and July 7 (July 7 being the expected peak), flyers can expect to experience this madness firsthand, so plan to arrive early.

According to TravelPulse's analysis of last year's holiday traffic patterns, 10 routes were far more popular than others. Flights originating from Los Angeles International (LAX) took four of the 10 spots, and Seattle-Tacoma International (SEA) was also a repeat offender. Though East Coast airports did make an appearance, flyers on the West Coast should brace themselves for the longest potential airport security lines.

Historically speaking, Fourth of July weekend has not been one of the busiest travel times for flyers, as most travelers take to the roads for the holiday. However, given the recent trends with TSA, record amount of travelers this summer due to low flight costs and the staggering 12 million people scheduled to fly this week, it's safe to assume you should arrive early and have your lounge access squared away ahead of time.

If you can't avoid traveling during peak travel days, be sure to take advantage of expedited screening options. If you have TSA PreCheck, be sure your membership is still active and that you include your Known Traveler Number (KTN) when booking air travel. Another option, consider CLEAR. At participating airports, CLEAR can be used in conjunction with TSA PreCheck or by itself, and it allows travelers to access exclusive screening areas, putting them at the front of the line. You can even sign-up for CLEAR on the spot if the regular line looks intimidating.

For additional Fourth of July travel tips, check out TPG's guide to surviving the busy holiday weekend. And may the Fourth be with you!

Related stories
Here are the best Black Friday travel deals of 2022
Great deal: Book business class tickets at premium economy prices with this Avianca LifeMiles sale
Holiday gift guide: TPG’s 22 travel-friendly picks for 2022
Vail Resorts lift-ticket sales capped; buy your Epic Pass by Dec. 4
Featured image by FilmMagic
Editorial disclaimer: Opinions expressed here are the author’s alone, not those of any bank, credit card issuer, airline or hotel chain, and have not been reviewed, approved or otherwise endorsed by any of these entities.