Happy tails: What it takes to be an animal rescue flight volunteer 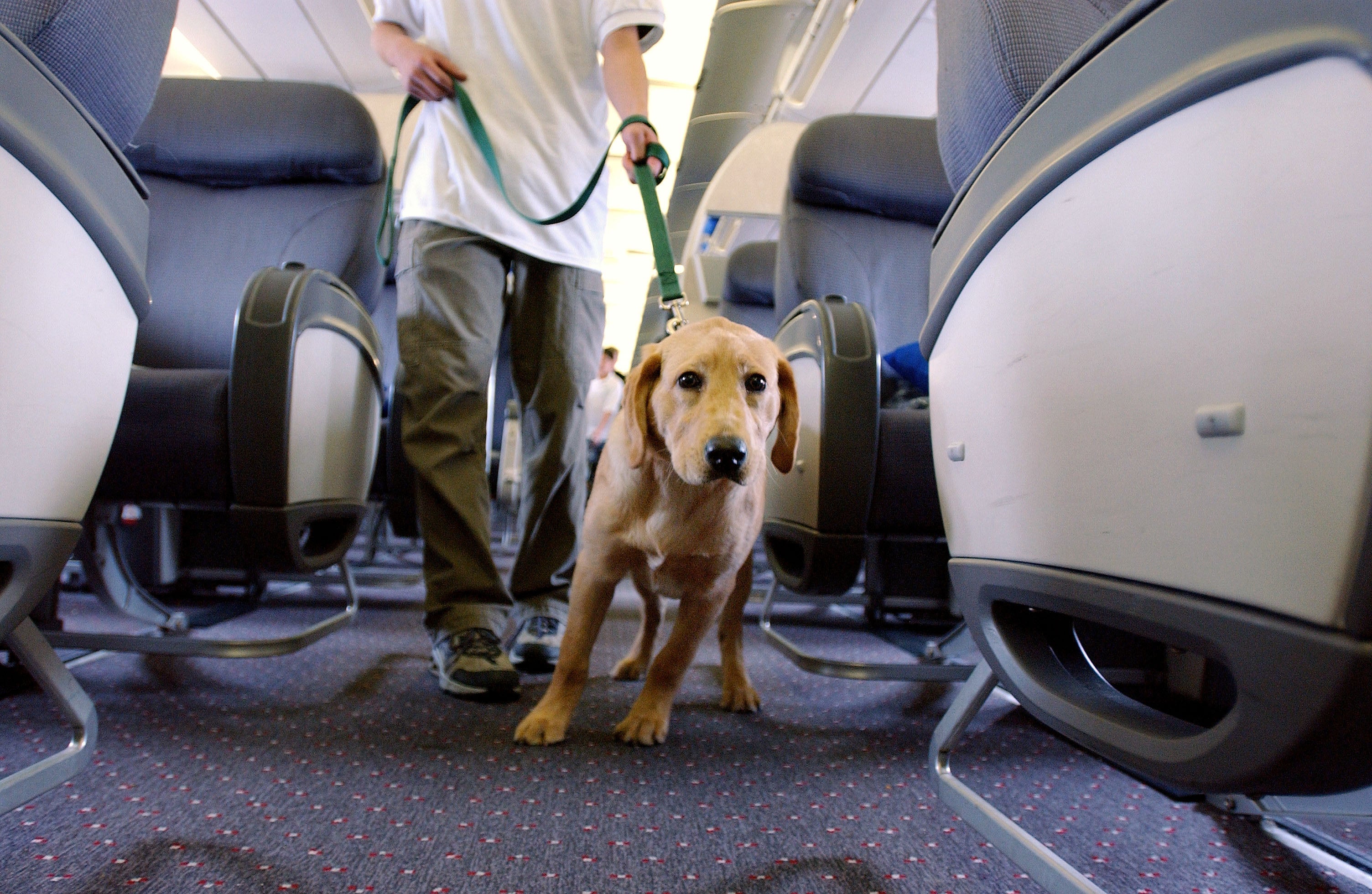 It had been a long flight for me, but Bowie the Cavalier King Charles Spaniel had been in his crate much longer. After landing, I made my way through immigration and headed to baggage claim, where I found my small friend off to the side of the conveyor belt, his brown and white face peering through the grate anxiously.

We cleared customs and met up with his adopter, Jessica, who was waiting outside the arrival gate. We quickly exited the airport and located a strip of grass. The dog peed like a racehorse, then Jessica knelt to greet him and he looked up into her face, tail wagging furiously. It was love at first sight. I said goodbye to Bowie and left them to bond and make their way to Bowie’s fur-ever home.

Jessica had been vetted by a local rescue organization and paid Bowie's passage to the U.S. She had been anticipating his arrival for weeks and I was the conduit to get them together. I’ve taken half a dozen flights like the one with Bowie. I do it every chance I get.

What is an animal rescue flight volunteer?

Flying can be an adventure or a chore. But what if, in addition to earning airline miles, you could do a good deed on your flight?

Animal rescue flight volunteers do just that. They’re already taking a trip, flights already booked. But then they take on some additional baggage — an animal hitching a ride on their ticket. The flyer works with a rescue organization to accompany an animal, usually a dog or cat, to its adopter or partner rescue. The flight volunteer does very little: The rescue and adopter take care of planning, logistics and payment.

Animals that make these freedom flights typically come from areas that meet one of the following criteria: have a high volume of strays; have a high kill rate in animal control centers, and/or have an industry that threatens their lives, like the dog-meat trade. These animals are sent either directly to adopters who have been interviewed and vetted or to partner rescues that can handle new charges. Flying accompanied is the most economical way for pets to travel: The cost is usually in the low hundreds of dollars per animal, versus using third-party shippers, which can cost in the low thousands.

How to become an animal rescue flight volunteer

The rescue may have preferred destination cities and airlines. Not all airlines allow pet travel. The rescue group will let you know if they can match you with a furry flyer. They may ask you for your reservation details so they can call and add the animal to your ticket or they may ask you to call and make the adjustment.

What you need to know beforehand

Judy Howland, who has completed five freedom flights, says, "I want to tell would-be volunteers how easy it is because the awesome rescue folks do all the heavy lifting!"

A good rescue will take care of 99% of the logistics for you. This should include getting the necessary health certificates, calling in reservations, making sure the dog’s breed and weight are OK to fly and checking that weather conditions will be OK for the trip. (Many airlines won’t fly an animal if the ground temperatures are extremely hot or cold.) The rescue should also provide the crate, meet you at the airport with the animal, pay any fees and help you check in. On the other end, a volunteer from the rescue or the adopter will meet you at the airport to take possession of the animal.

Be sure to confirm what the rescue will take care of and what you, the volunteer, are responsible for and get contact details for the rescue volunteers on each end.

On the day of the flight, you’ll meet the rescue volunteer and the animal for check in. Kate O’Callaghan, a rescue volunteer who coordinates flights out of Okinawa, Japan, says “A good rescue will guarantee their volunteer stays at the counter until check in is complete.”

If your flight has a connection, you may need to check on your charge during the layover. In this case, it’s a good idea to research in advance if the airport has a pet relief area. You’ll also need a collar and lead, a few fresh puppy pads, and zip ties to re-secure the crate. Make sure to open the crate in an enclosed area to prevent escape — even usually calm animals may be stressed by air travel.

In a few cases, you might travel with your furry friend in the cabin. Airlines allow cats and small dogs that can fit in their crate under the seat. I’ve traveled with cats who didn’t make a peep and cats who expressed their opinions about the onboard service. If animals are traveling in the cabin, it’s a good idea to carry a small survival kit: a few pet treats, some water, a collapsible dish, and an extra disposable pee pad or two, along with a packet of wet wipes. In case of an accident, be sure to take the cat into the lavatory to wipe down the crate; you definitely do not want a pee-stained cat streaking through the cabin.

For a direct flight, you will probably not interact again with the animal until you reach your final destination. There, you’ll go through immigration and customs, where you’ll be required to show the animal’s paperwork. Then you’ll collect the crate at baggage claim (probably in the odd/oversized baggage area rather than the conveyor belt), exit the secure area and meet with the rescue volunteer to hand off the animal.

And that’s it! It’s happy tails for them and you get to go on with your day.

Barks of Hope rescues dogs in Puerto Rico and partners with shelters in the U.S.

International Street Dog Foundation works in various countries with both strays and animals in the dog-meat trade.

Jindo Love Rescue out of South Korea rescues from the dog-meat trade.

K9Aid works with rescues in Thailand and Romania.

Kyra’s Rescue works to bring dogs from Turkey to the U.S.

Lanta Animal Welfare is based on Ko Lanta, Thailand.

Soi Dog Foundation out of Thailand works with strays and animals from the dog meat trade.