Starting Your Own Airline? Here Are 9 Former Airliners for Sale

Articles
Max Prosperi is a part-time frequent flyer and travel writer and full-time student. Based in St. Louis, Missouri, Max covers a variety of topics with a focus on points, miles, and aviation.
Follow
Aug. 17, 2019
•
9 min read 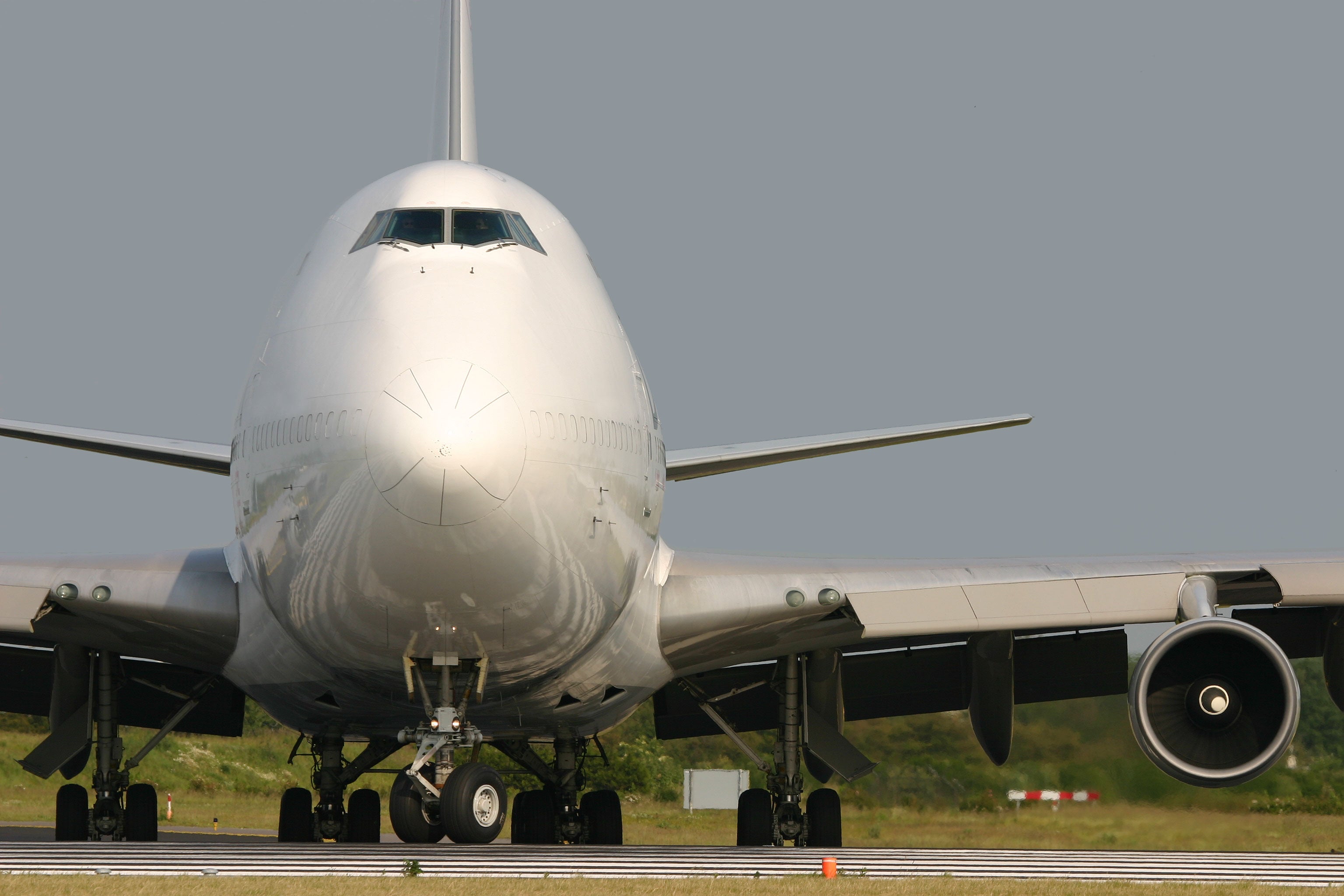 Starting Your Own Airline? Here Are 9 Former Airliners for Sale
This post contains references to products from one or more of our advertisers. We may receive compensation when you click on links to those products. Terms apply to the offers listed on this page. For an explanation of our Advertising Policy, visit this page.

Looking to start your own airline? Want to own a piece of aviation history? You're in luck. For as little as $325,000 you can buy your own airliner. Here are nine aircraft — from a DC-3 to a Boeing 777-200ER— available for purchase today.

While still pricey, we're starting this list with one of the most reasonable airliners available for sale online. This Embraer EMB-120ER previously flew for the now-defunct Great Lakes Airlines. Built in 1988, it has flown a whopping 50,024 hours and recorded over 52,000 flight cycles. According to the seller, the aircraft still features a flight-ready passenger cabin with 30 economy class seats and a lavatory.

Although this Douglas DC-3 is painted in one of the earliest Pan Am liveries, it never actually flew for Pan Am. Additionally, the tail number is that of a former Pan Am DC-3, but it's simply an homage to the now-defunct airline. The original NC33611 was damaged beyond repair shortly after it entered service. This particular DC-3 spent most of its time serving as the private aircraft for the American TV network CBS. It now features a luxe interior, the latest flight instruments and the stunning livery. If you've got $1 million lying around, you can own this piece of aviation history.

Of all the aircraft on this list, this humble McDonnell-Douglas MD-87 features the most elaborate passenger cabin. Originally operated as a commercial airliner, this MD-87 has been retrofitted with a luxury interior. The cabin features numerous seating options, including plush couches that can be transformed into beds for overnight flights. It also features multiple lavatories and an expansive galley. Not only is the plane the perfect VIP transport, but it also comes with some history: It previously operated for Midway Airlines, Reno Air and Spirit Airlines. Both Midway and Reno Air have since merged with other airlines and Spirit Airlines has ditched its fleet of MD-80s for Airbus narrowbodies.

Many of us actively avoid regional jets like the Embraer ERJ-140. However, this one might just change your mind. This ERJ-140 previously flew for Chautauqua Airlines, Shuttle America, and most recently the short-lived JetGo Australia. The aircraft is in great condition and features two working engines, and is still configured for commercial service.

Available for $3.6 million, this Boeing 737-500 previously flew for the short-lived Sky Express, the first low-cost carrier based in Russia. It features 132 seats in an all-economy class layout. According to the seller, both engines are in working order. Since 1992, this 737-500 has racked up over 41,000 hours in the sky and just under 29,000 flight cycles.

This Airbus A321 is just 21 years old and has a clean operating history. However, engine number two on this aircraft is listed as "unserviceable." Still, this aircraft would be the ideal bird to launch your own airline as it's still configured for passenger service. Previous operators filled this A321 to the brim, operating the aircraft — which features 210 seats — in an all-economy class layout. One can only assume the legroom isn't great.

For just under $5 million you can own a 28-year-old Boeing 757-200. However, there's a catch: It doesn't come with any engines. Additionally, the previous operator, Ethiopian Airlines, reconfigured it as a freighter. Based on the most recent photos posted by the seller, this Boeing 757PCF (passenger-converted-freighter) isn't in the best shape, either, so buyer beware.

Unfortunately, the price of this late 1970s Boeing 747-200 is not available online. Since all four engines appear to be included in this purchase, one can only assume that the jumbo jet isn't going for a penny under $10 million. Still, if you've got some spare change, you may want to consider it. Not only is the aircraft a few maintenance checks away from being ready to fly, but it also comes with a rich history.

It has racked up over 60,000 hours in-flight and over 17,000 flight cycles. The jumbo jet previously flew for Kuwait Airways, EgyptAir, Garuda Indonesia and Kalitta American International Airways. The most recent operators reconfigured it as a freighter, blocking all windows, adding a massive cargo door and gutting the passenger cabin.

As tempting as it is to drop seven figures on an Airbus narrow-body, it may not be the most practical purchase. If you want a taste of the authentic airliner experience but can't afford a whole plane, consider buying parts from scrapped aircraft. There are multiple listings on sites like eBay, allowing you to purchase everything from old economy class seats to entire cockpits.

If the right plane for you isn't on this list, there are numerous others for sale on popular sites like Controller.com and AircraftDealer.com. But before you click Buy Now, make sure you have the best credit card for large purchases in your wallet.