How to spend 48 hours in Edinburgh

Articles
Christian Kramer is the General Manager for The Points Guy UK, based in London. Having lived in different countries and with a previous career in financial services, he is an Avios, Oneworld Alliance and general aviation travel expert.
Follow
Sept. 25, 2021
•
8 min read 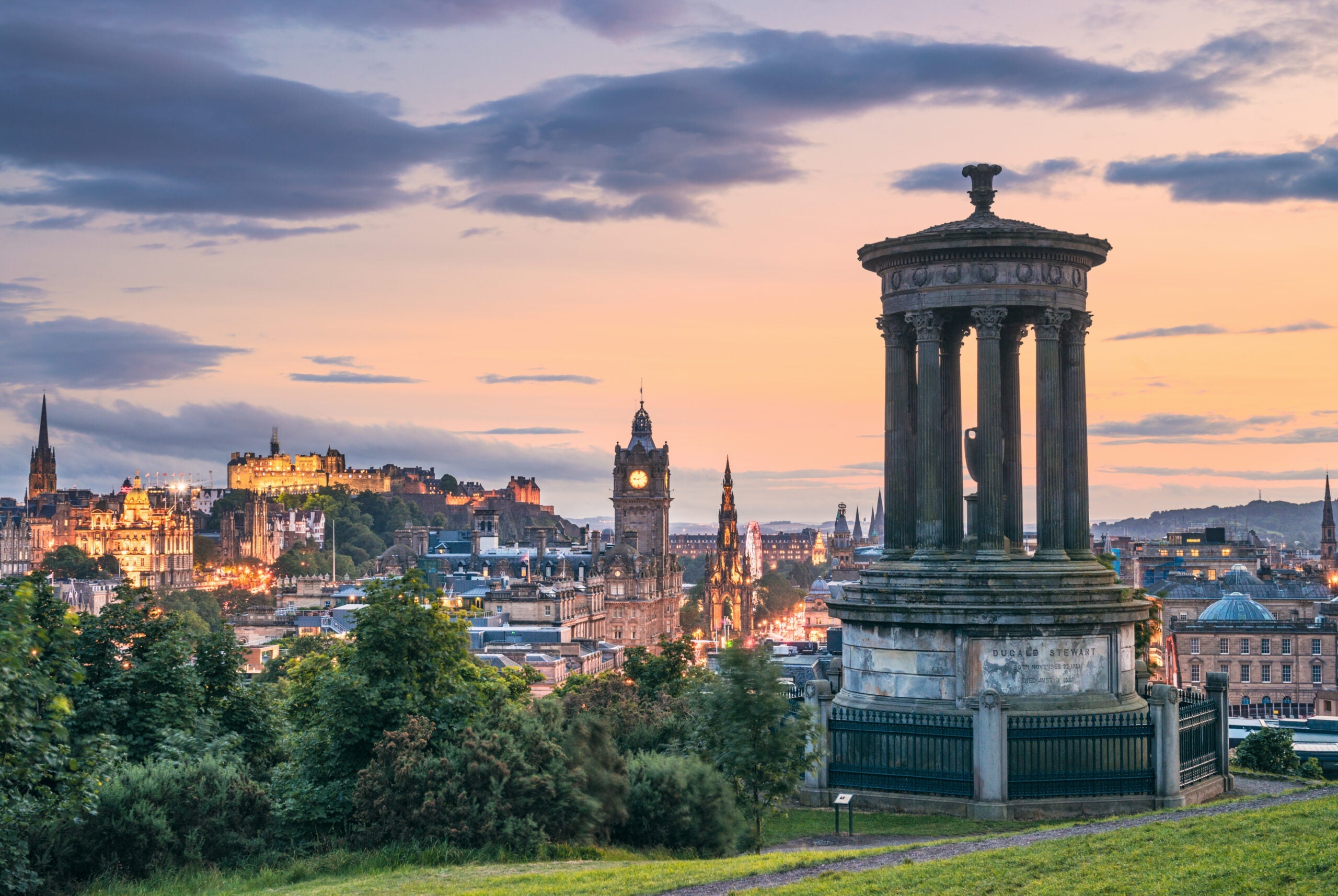 Whether you are looking for a quick in-person tutorial on Scotch or just a cool place to spend the weekend, Edinburgh is well worth a visit.

As the capital of Scotland, it offers a range of cultural and historic attractions including Scottish Parliament and the Supreme Courts of Scotland. What makes Edinburgh somewhat unique though for a capital city, is that it's not actually that large -- which makes it easy to explore.

Edinburgh can be reached easily via train or plane from all over the U.K. Both Haymarket and Waverley stations are reasonably central and there's a bus network as well as taxis and Uber -- though Uber is not that widely available.

The Edinburgh tram is the best way of getting from the airport into town and getting around. It's a very slow tram service whilst in the city center but turns into a speedy train once it has left -- so a quick way to reach the airport.

There is no shortage of history in Scotland -- and in Edinburgh, particularly. Anyone visiting should visit Edinburgh Castle, the Palace of Holyroodhouse (commonly referred to as just Holyrood Palace) and the Royal Mile -- a road that connects the two.

Edinburgh Castle sits high above the city on Castle Rock and has been there since the 12th century. Today it is Scotland's most-visited paid tourist attraction with more than two million visitors a year. It also forms the backdrop for the Military Tattoo during the annual Edinburgh Festival (more below). A gun is also fired at 1 p.m. every day (except Sundays) dating back to when this was a time signal for ships in nearby harbors.

Read more: How to spend 48 hours in Manchester

Once done at the castle, stroll down the Royal Mile. This part of Edinburgh is also known as Old Town and it's worth exploring the cobbled streets and discovering shops, bars and restaurants in this area and neighboring Grassmarket.

Heading east along the Royal Mile past St Giles Cathedral will eventually bring you Holyrood Palace. It has been the principal residence of kings and queens of Scotland since the 16th century and Queen Elisabeth II spends a week at the palace in early summer every year carrying out a range of royal engagements.

Many of the royal apartments and rooms, as well as the impressive grounds and gardens spread over 10 acres, are open to the public to visit.

Whilst in the Holyrood area, fans of more modern architecture should check out the Scottish Parliament building. Opened in 2004, it sits within a UNESCO World Heritage Site.

Read more: How to spend 48 hours in Newcastle

The Castle and the Royal Mile are on a hill to one side of the city. Dividing Old Town and the part referred to as New Town is a small "valley" through which the train line runs.

Princes Street and George Street are two main streets running parallel to each other, with the latter being mostly pedestrianized. Take in the Scott Monument as you "cross" the two parts of town as well as the Scottish National Gallery and the Royal Scottish Academy.

For art lovers, the Modern One and Modern Two galleries house the Scottish National Gallery of Modern Art and are just a 15-minute walk from Princes Street. The Scottish National Portrait Gallery is just north of George Street where Queen Street meets York Place (the final station of the tram) and is conveniently on the way if you are heading to the Royal Botanical Gardens.

And whether it's haggis, a deep-fried Mars bar or non-Scottish cuisine, Edinburgh has a lot to offer on the food front.

Taking place for roughly three weeks in August, it claims to be "the single biggest celebration of arts and culture on the planet". Best known for its comedy acts -- ranging from well-known comedians at ticketed and paid-for events to those trying to break into the comedy scene with free shows in pubs -- it's a spectacle worth seeing.

There are thousands of performers taking to hundreds of stages -- in normal times. The 2020 Edinburgh Festival was cancelled but the 2021 event went on as planned and 2022 is already in the works.

Another big event in the Edinburgh calendar is the Christmas market which takes place in the park between Old Town and New Town. Combined with a funfair and market stalls and set against the stunning backdrop of Edinburgh Castle, it's probably amongst the prettiest Christmas markets in the U.K.

Read more: How to spend 48 hours in Birmingham

Arthur's Seat and Salisbury Crags provide stunning views over Edinburgh -- and indeed are themselves a breathtaking backdrop. Part of Holyrood Park, just east of the city center and near the palace and parliament buildings, there is a number of climbs to the top, including relatively easy ones. Arthur's Seat is an extinct volcano and the main peak in the group of hills.

Another great viewpoint over the city (and an easier one to conquer) is Calton Hill, situated to the east end of Princess Street.

Beyond the city center

In nearby Leith, a harbor just north of Edinburgh, Her Majesty's Yacht Britannia (also known as the Royal Yacht Britannia) is moored. It served as the yacht to the Queen and the Royal Family from 1954 to 1997 and is now a tourist attraction with 300,000 visitors per year.

Even further afield, though still reachable within a day is Blackness Castle, 20 miles to the west of Edinburgh on the coast. The 15th-century fortress stands empty but is open to the public. Given its seaside location, there are some pretty impressive views from the tower, too.

There is no shortage of hotels in Edinburgh to suit all budgets. Unless you are looking for accommodation during peak season during August when the Edinburgh Festival is on and prices can be very high, you'll find something affordable, including with all the major hotel chains and brands.

If you want to maximize your hotel status and earn miles and points, at the top end is the Hilton Waldorf Astoria (The Caledonian) or the IHG Intercontinental (The George). A tier below, Marriott, IHG, Hilton and Accor have numerous other properties both in the center and farther out.

The options for non-chain hotels is also endless. If you're feeling flush and looking for something different, The Witchery by the castle is fabulous. The Balmoral Hotel is probably the city's most famous hotel with its grand facade and clock tower.

Edinburgh combines being a capital with being compact enough to be able to explore it mostly on foot. It offers culture, history and museums as well as plenty of cool bars, foodie restaurants, shopping and much more. Beyond Edinburgh, there are some amazing places to visit in wider Scotland if the above whetted your appetite!

Related stories
Last chance: Earn 75,000 Rapid Rewards points with these Southwest card offers
Quick Points: Triple stack these offers to maximize your next Lyft ride
Everything you want to know about cabins and suites on Carnival Cruise Line ships
Delta does it again, adds used planes to its fleet without retrofits
Editorial disclaimer: Opinions expressed here are the author’s alone, not those of any bank, credit card issuer, airline or hotel chain, and have not been reviewed, approved or otherwise endorsed by any of these entities.