Why I Spent $325 on Today's Daily Getaway Deal

Articles
Summer Hull , aka Mommy Points, ran the Mommy Points site for families who want to travel more for less using miles and points for seven years. She now heads up a variety of special projects at TPG when she isn't exploring the world with her own two girls.
Follow
April 24, 2018
•
4 min read 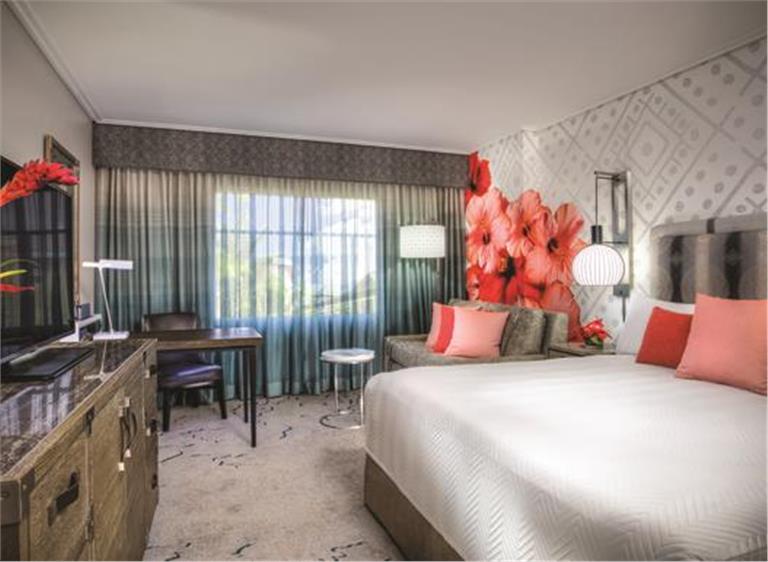 Why I Spent $325 on Today's Daily Getaway Deal
This post contains references to products from one or more of our advertisers. We may receive compensation when you click on links to those products. Terms apply to the offers listed on this page. For an explanation of our Advertising Policy, visit this page.

Today I spent $325 on a Daily Getaways package that I have previously never remotely considered purchasing for my family, despite it being on the list of offers year after year. While the deal is now sold out, so this story won't help anyone in this exact scenario right away, I think the purchase is a perfect example of how as family travel goals and priorities shift, you should always be prepared to act on deals you had previously ignored.

I've written about the Loews hotel travel packages available via the annual Daily Getaways sale for years. Five years ago I even described them as a "sleeper deal that actually has some real value depending on how you plan to redeem." However, it wasn't until today that I woke up to the real savings these packages represented for my own family and our upcoming travel plans.

This year is the summer we have committed to taking our kiddos to the Wizarding World of Harry Potter at Universal Orlando, but it is wizardingly expensive. I mean, even more so than Disney. If you read my previous posts on planning this trip you have probably already seen me express shock over this price tag once or twice. I thought the best I was going to be able to do was earn a whole ton of points on the small fortune that Universal would cost our family, but today I found a way to actually keep costs down.

Get Universal Express Passes by staying at select hotels

One way to control costs and increase the enjoyment of a trip to Universal Orlando is by having included Express Passes for your family via staying at one of three hotels - Loews Royal Pacific Resort, Loews Portofino Bay Hotel, or the Hard Rock Hotel. These Express Passes allow you to skip the regular lines on lots of rides, including The Amazing Adventures of Spider-Man, Despicable Me Minion Mayhem, ET, Hogwarts Express, Harry Potter and the Escape from Gringotts, among many others. With two little kids and a somewhat impatient husband in the July Orlando heat, these Express Passes are an absolute must for our group.

However, the Express Passes normally cost $89 per person, so that would be quite the expense for our family in addition to the cost of the regular admission tickets, a hotel stay, etc. Getting the passes included by staying at one of the three participating hotels mentioned above can be a much more cost-effective way to secure the Express Passes than purchasing them outright, assuming the hotel stay isn't astronomically expensive.

Saving hundreds on a stay at the Loews Royal Pacific Resort

A one-night stay at Loews Royal Pacific Resort for our dates is north of $400 for a standard room, and frankly, a one-night stay isn't ideal since we really need the room all day on our big day in the parks as our toddler will need a nap at some point. We really need two nights, and that price is coming in at more than $900! The $325 Daily Getaway I purchased today can be used for not one, but two nights at the Loews Royal Pacific Resort for hundreds less than the going paid rates. This purchase will cover two nights at this hotel, give the toddler a place to nap in the afternoon, and we will all have Express Passes which otherwise would cost hundreds of dollars if purchased without an eligible hotel stay!

I was very excited when exactly at 1PM Eastern today I clicked on the Daily Getaways package and it was successfully added to my cart. There were only 20 available, so I wasn't sure this plan would really work until it did.

I guess technically I'm still not sure it will work without a hitch as there are unpublished blackout dates with this package, so fingers crossed our dates aren't on that list. Paying $325 for a two-night travel package is a far cry from traveling for free, but free really isn't always our goal these days. These days, our goals often center around maximizing the money we do spend, and spending $325 to secure two days at a nice resort right next to Universal with included Express Passes is money well spent for where we are in our phase of travel. That's a certainly a much better deal than paying more than $900 for a two-night stay!

Have you ever done something similar to save at Universal Orlando or been surprised by a travel deal you ignored in the past is the perfect match for your family now?