Visit Thailand from Los Angeles, NYC and San Francisco from $763 round trip

Articles
Mike Avila is an Emmy Award-winning TV producer who has worked for NBC, CBS and ABC, to name just a few. He’s author of books such as the recent “Wolverine: Creating Marvel’s Legendary Mutant.” He also was executive producer of the SYFY Originals documentary, “Todd McFarlane: Like Hell I Won’t.”
August 7 2022
•
5 min read 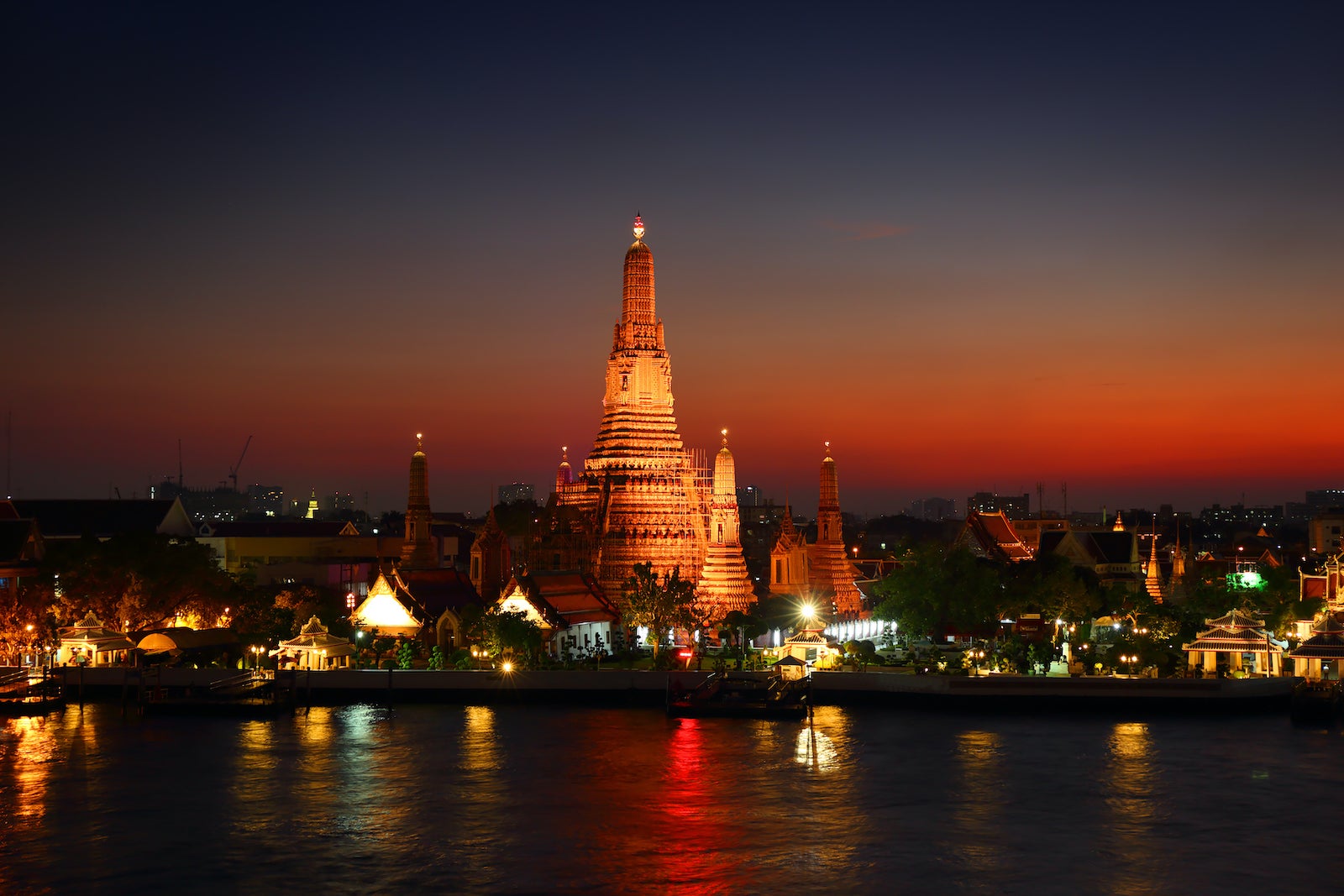 Flights to Thailand are on sale now for the first time in months. Itineraries from various U.S. cities, such as Chicago, New York City, Los Angeles and San Francisco are part of this deal. We found round-trip fares as low as $763. The sale involves travel to and from Phuket and Bangkok, one of the cities TPG has told you is a great place to redeem points for luxury hotels.

While this sale offers some nice discounts, keep in mind that some routes involve long layovers and occasionally two stops. So once you find the right itinerary, think about how to maximize your time by leaving the airport and doing a brief exploration during your layover.

This deal is for economy fares, but you won't have to pay extra to check a bag. Singapore Airlines and ANA allow you up to two free checked bags. Once you find flights you like, reach out to the airline or check online for the carrier's baggage policy before you book.

The best availability for this sale is for travel between September and November this year, with the Thanksgiving holiday included on some routes. However, you can also find good sales between January and June 2023, so some travel patience could really pay off here.

Thanks to Scott’s Cheap Flights for first alerting us to this deal. Its Premium membership is available for $49 per year, while the Elite tier option is available for $199 per year. The latter offers access to deals on premium economy, business- and first-class tickets.

Related: 9 of the best hotels in Phuket, Thailand

You can book a flight on Singapore Airlines out of New York City's John F. Kennedy International Airport (JFK) to Suvarnabhumi Airport (BKK) in Bangkok in April for $763 round trip. You'll make two stops, one in Frankfurt and another in Singapore.

Singapore also has round-trip flights from New York City to Phuket International Airport (HKT) in May for the same $763 price. Again, this itinerary comes with two stops each way, in Frankfurt and Singapore.

Flights from San Francisco International Airport (SFO) to Bangkok in early 2023 can be booked on ANA for $833 round trip. Note that this route only has one stop each way.

We found good availability for this same San Francisco to Bangkok flight on ANA in April for $842 round trip.

You can also fly from San Francisco to Phuket in October on Singapore Airlines for $839 round trip. October was the only time we still found good availability for this route at this price, so don't wait too long to book this one.

You can book an economy ticket from Los Angeles International Airport (LAX) to Bangkok for $826 round trip. We found good availability for this itinerary in the spring at this price.

Here is an absolutely fantastic price we stumbled across in this deal. Air Canada has standard economy tickets from Seattle-Tacoma International Airport (SEA) to Bangkok in May for just $907 round trip. You have two layovers going each way -- Vancouver, British Columbia, and Tokyo -- but that is a really good price for this route.

Related: The best ways to get to Thailand with points and miles

This is a good way to plan a trip to Thailand far in advance and lock in good fare. The further out you look, the better availability you'll find.

Related stories
Earn 1,000 bonus miles when you join American Airlines AAdvantage Dining
A rewarding airline credit card: JetBlue Plus Card review
Ian beginning to affect travel with potential to reach US as major hurricane
Practical Pointers: Make sure you don't miss that credit card welcome bonus
Featured photo by Getty Images/iStockphoto
Editorial disclaimer: Opinions expressed here are the author’s alone, not those of any bank, credit card issuer, airline or hotel chain, and have not been reviewed, approved or otherwise endorsed by any of these entities.

Our points-obsessed staff uses a plethora of credit cards on a daily basis. If anyone on our team wouldn’t recommend it to a friend or a family member, we wouldn’t recommend it on The Points Guy either. Our opinions are our own, and have not been reviewed, approved, or endorsed by our advertising partners.
See all best card offers
Related stories
Guide
Earn 1,000 bonus miles when you join American Airlines AAdvantage Dining
Guide
A rewarding airline credit card: JetBlue Plus Card review
News
Ian beginning to affect travel with potential to reach US as major hurricane
News
Practical Pointers: Make sure you don't miss that credit card welcome bonus