Consult with Cards: Future graduate student who wants to travel in the new year 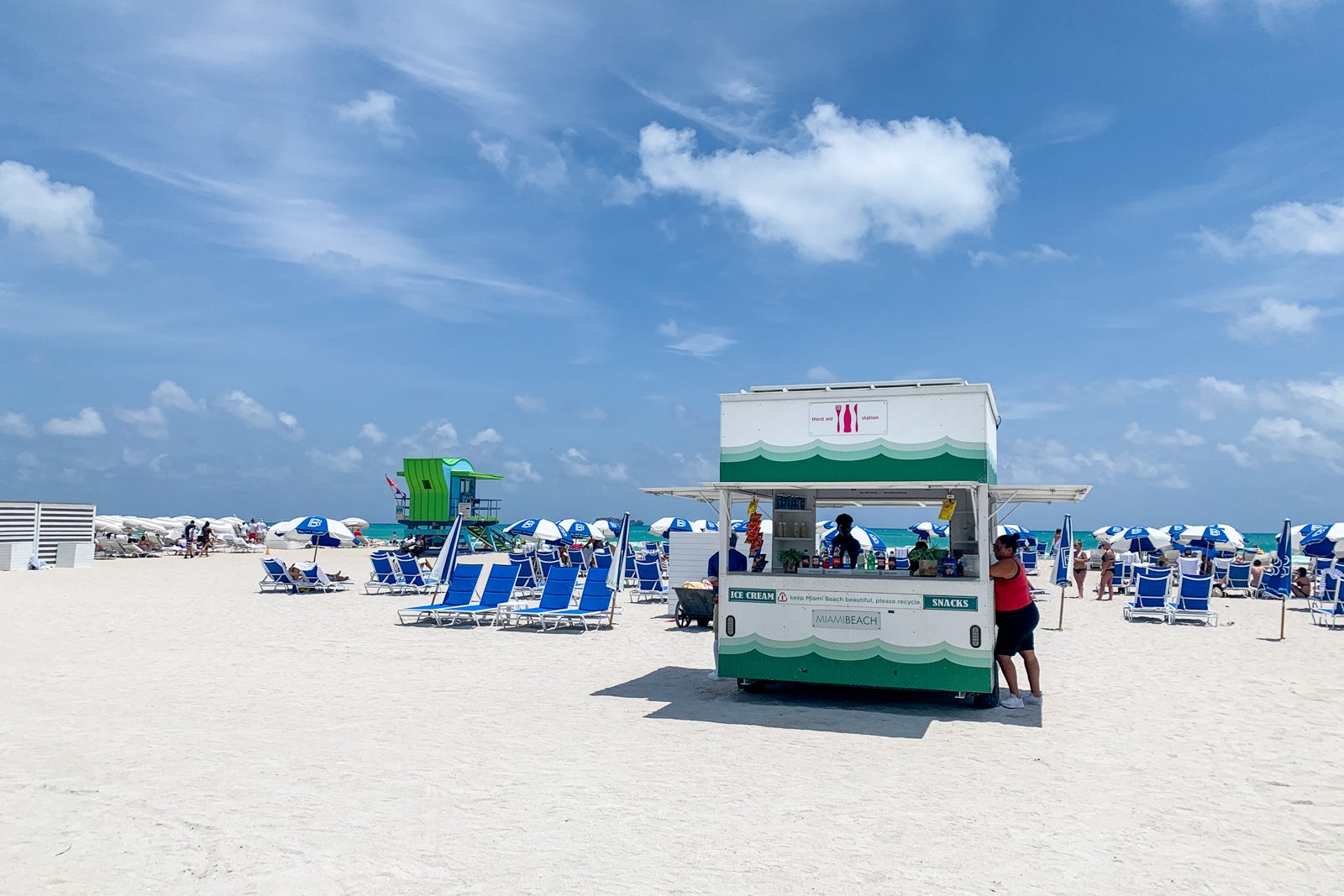 Editor’s note: Consult with Cards is a weekly series where the TPG cards team helps our readers decide what their next card should be. If you would like to be a part of this series and receive a personalized consultation, email us.

As we approach the end of 2021, many travelers are already strategizing for the new year. TPG reader Nicholas Stern is dreaming about his summer 2022 travels but will be attending graduate school in the fall, so he knows that the right travel credit card can help him save money by using points and miles and maximize his travel purchases accordingly.

Here are our recommendations for Nicholas as he's shopping around for a new credit card.

Nicholas is in his mid-20s and is returning to school in August 2022. He currently lives in Miami, so naturally, American Airlines is his go-to airline for all of his domestic flights.

He considers himself a frugal person, so paying top-tier annual fees can be harder to justify — unless the perks make sense for him and his lifestyle.

Before considering any new credit cards, it's crucial to look at the cards that Nicholas has opened in the past. That's because credit card issuers have their own set of application restrictions. Namely, Chase's unofficial 5/24 rule is among the most restrictive, which will likely deny applicants any Chase-issued cards if they've opened five or more credit cards in the past 24 months.

Luckily, it looks like Nicholas has only opened three credit cards in the past 24 months, opening up eligibility for two more new Chase cards in particular. Here's a look at the cards he carries in his wallet:

While Nicholas currently carries the Amex Platinum in his wallet, it's the corporate version through his company, so he gets significant savings on his annual fee. However, Nicholas will be leaving his company in the new year and is hesitant to open the card independently with the $695 annual fee.

He'll want a card within the Amex Membership Rewards ecosystem as he'll need to transfer his existing points balance to a new card before he loses his corporate Amex Platinum Card. As a result, the American Express® Gold Card is a must-have as his spending will likely shift considerably from travel expenses to everyday spending once he returns to school.

There's a $250 annual fee (see rates and fees), but it's almost effortless to take advantage of the card's ongoing benefits to recoup the vast majority of this cost. For starters, this card comes with a monthly $10 Uber Cash credit, valid for U.S. Uber rides and Uber Eats orders. In addition, there's a monthly $10 dining credit for eligible partners, with popular options like Grubhub, The Cheesecake Factory, Goldbelly, Wine.com, Milk Bar, and select Shake Shack locations. Both of these credits add up to $240 annually, and since Nicholas lives in a big city, maximizing both of these credits should be a breeze. (Enrollment is required for these benefits.)

The Amex Gold's earning rate is the best for foodies, with 4x on groceries at U.S. supermarkets (on up to $25,000 spent per calendar year, then 1x) and at restaurants, 3x on flights booked directly with the airline or through Amex Travel and 1x on other eligible purchases. However, the only consideration before applying for the Amex Gold is that Nicholas already has the Capital One SavorOne, a no-annual-fee cash-back card that offers a similar return at grocery stores and restaurants (3x earning rate). But the Amex Gold is superior since TPG values Membership Rewards at 2 cents apiece, yielding a high 8% return toward travel.

While Nicholas already has the Citi / AAdvantage Platinum Select card, the Citi® / AAdvantage® Executive World Elite Mastercard® is likely the better card since its primary benefit is that it offers a complimentary Admirals Club membership for you and your immediate family, or up to two traveling guests that accompany you. If Nicholas wants to share this perk with any of his close (and trusted) friends or family members, cardholders can add up to 10 authorized users and they'll also enjoy Admirals Club access.

Miami International Airport (MIA) can get quite busy, so the card lends itself to some valuable perks on the ground, too. When flying American Airlines, cardholders will enjoy priority check-in and airport screening (when available) and early boarding.

It's worth discussing that Citi has some strict application restrictions, especially on its cobranded credit cards:

American Airlines AAdvantage® bonus miles are not available if you have received a new account bonus for a Citi® / AAdvantage® Executive account in the past 48 months.

Since it's been about two years since Nicholas opened his current Citi / AAdvantage Platinum, he likely won't be eligible for the sign-up bonus (50,000 bonus miles after spending $5,000 within the first three months of account opening). However, he can call Citi to upgrade his card if he chooses to go for the Citi / AAdvantage Executive. Upgrading cards will also not affect his Chase 5/24 status.

On another note, American Airlines has recently revamped how it will allow flyers to earn elite status starting in 2022. It just got much more valuable to hold a cobranded credit card with the new "Loyalty Points" program since cardholders will earn 1 Loyalty Point per dollar spent. If Nicholas wants to work toward elite status in 2022, another reason to upgrade to the Citi / AAdvantage Executive is that cardholders can earn an additional 10,000 Loyalty Points by spending $40,000 in eligible purchases between Jan. 1, 2022, and Feb. 28, 2023.

These bonus elite points can help him move up the ranks of AAdvantage status thanks to credit card spending.

Last but not least, we recommend that Nicholas apply for the Chase Freedom Unlimited. It's virtually a must-have card to pair with his Chase Sapphire Preferred, which he applied for when it was recently offering its best-ever 100,000-point sign-up bonus (now, it's 60,000 bonus points after you spend $4,000 on purchases in the first three months from account opening).

It's worth opening the Freedom Unlimited in tandem for several reasons. First, its earning rate is fantastic for non-bonus purchases:

While Nicholas already has the Wells Fargo Active Cash that earns 2% cash rewards on purchases, switching to the Freedom Unlimited will align better with his award travel goals since each Ultimate Rewards point is worth 2 cents. All of the points earned through the Freedom Unlimited can be instantly transferred to his balance on the Chase Sapphire Preferred, unlocking many redemption possibilities with his Ultimate Rewards points.

Although Nicholas will be returning to school in the fall of next year, he still has the majority of 2022 to travel, build up to elite status and earn bonus points on thousands of dollars of his living expenses. Although summer is more than six months ahead, we applaud Nicholas for being proactive as he'll be able to redeem his points toward his summer travels by opening the right credit cards soon.

Featured image by The blue and white umbrellas are designated for hotel guests and the $40 resort fee includes two beach chairs and two towels. (Photo by Juan Ruiz/The Points Guy)
Editorial disclaimer: Opinions expressed here are the author’s alone, not those of any bank, credit card issuer, airline or hotel chain, and have not been reviewed, approved or otherwise endorsed by any of these entities.