Articles
Ethan Steinberg has been a frequent flier for as long as he can remember. He went from studying abroad in Paris to moving to Shanghai after graduating college, where he covered all things travel in the Asia-Pacific region for TPG.
Aug. 19, 2019
•
3 min read 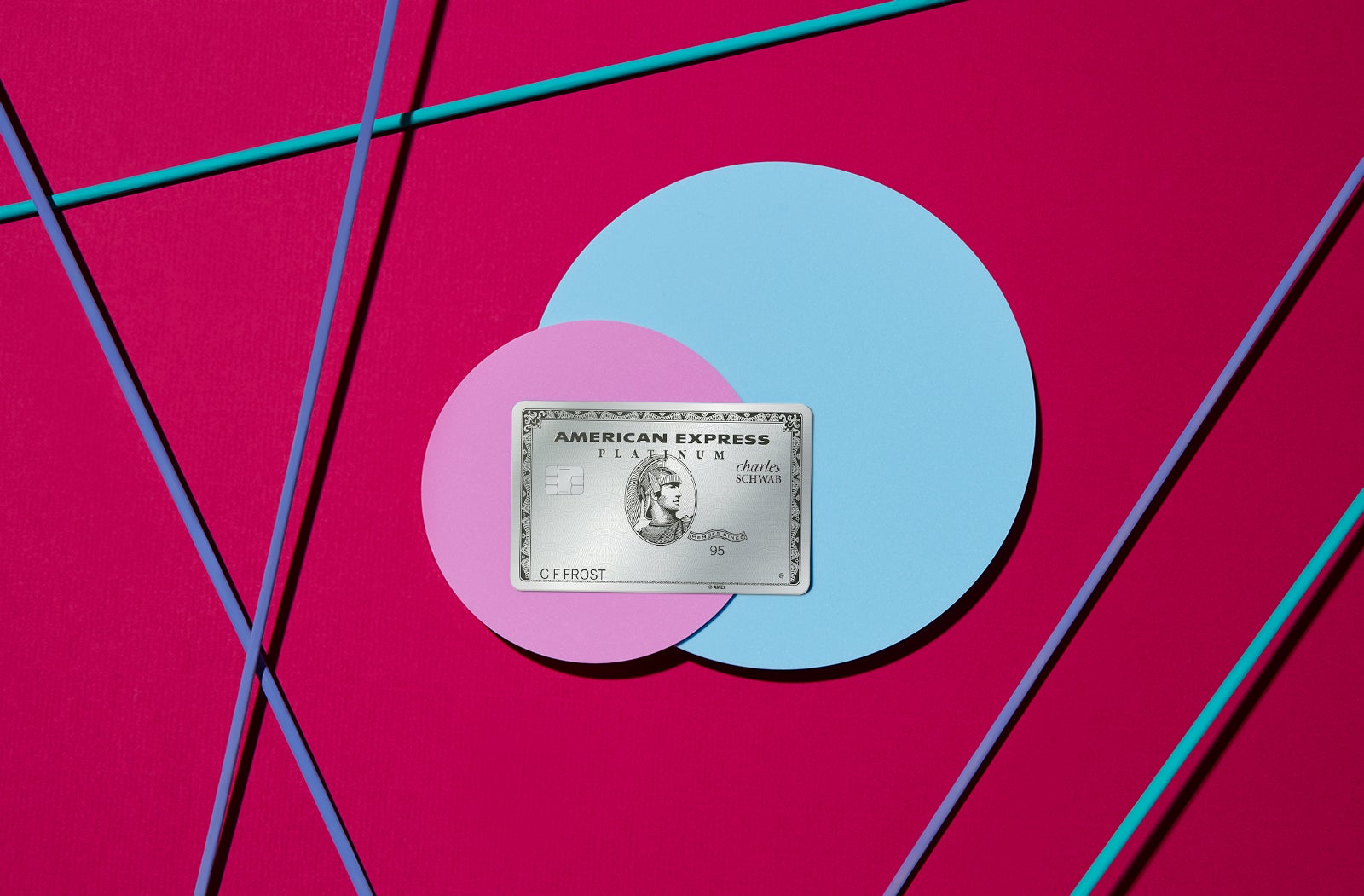 New Amex Platinum 100,000-Point Offer for Select Charles Schwab Customers
This post contains references to products from one or more of our advertisers. We may receive compensation when you click on links to those products. Terms apply to the offers listed on this page. For an explanation of our Advertising Policy, visit this page.

When we talk about The Platinum Card® from American Express, we're usually referring to either the standard personal or business version, but there are actually a number of other variations on the Platinum card. My personal favorite is The American Express Platinum® Card for Schwab, which is only available to Charles Schwab & Co. customers. If you don't have an account with Schwab, you might want to open one just because its basic checking account reimburses all ATM fees worldwide, making it ideal for a globetrotting TPG reader.

The information for The American Express Platinum® Card for Schwab has been collected independently by The Points Guy. The card details on this page have not been reviewed or provided by the card issuer.

Historically, the Schwab Platinum card has offered the same welcome bonus as the regular personal Platinum: 60,000 Membership Rewards points after spending $5,000 in the first three months. However, TPG reader Bruce L. wrote to let us know that he received a targeted offer for a 100,000-point welcome bonus he would get after spending $5,000 in the first three months. This is definitely a targeted offer, as I only see the 60,000-point bonus when I go to the Schwab website to apply. Bruce noted that he was an existing Schwab customer who had never held a Platinum card before, but it's impossible to say exactly why he was targeted.

This 100,000-point welcome offer is about as good as it gets, worth $2,000 based on TPG's valuation of Membership Rewards points. Even better, this incredibly valuable bonus has a pretty reasonable spending requirement of $5,000 in the first three months.

The main difference between the Schwab Platinum and other Platinum cards is that the Schwab Platinum card allows you to cash out your Membership Rewards points at a rate of 1.25 cents each directly into your linked Schwab brokerage account. Obviously 1.25 cents is well below TPG's valuation of 2 cents each, but if you find yourself racking up more points than you can possibly redeem, this can simultaneously protect your rewards from devaluation and give you the opportunity to invest them for growth instead.

Other than this invest-with-rewards feature, the Schwab Platinum is nearly identical to the regular personal Amex Platinum card. It has a $550 annual fee and includes the same $200 airline incidental fee credit, $200 annual Uber credit, and $100 annual Saks Fifth Avenue credit. It also comes with access to Amex Centurion lounges, a Priority Pass Select membership, access to Delta SkyClubs when flying Delta, and complimentary Gold elite status with both Hilton and Marriott. It also earns 5x points on airfare purchased directly from an airline and on airfare and prepaid hotels booked with American Express Travel.

For more on the Amex Platinum, please see:

The Different Flavors of the Amex Platinum — Which One Is Right For You?

How To Cash Out Points With The Amex Platinum for Schwab, And Why You Might Want To

10 Things to Do When You Get Amex Platinum

For rates and fees of the Amex Platinum card, please click here.