Articles
Ariana Arghandewal has been writing about points and miles for almost a decade. She previously served as editor at FlyerTalk, Frugal Travel Guy and NerdWallet while running her own travel blog, PointChaser.
Follow
March 26, 2020
•
11 min read 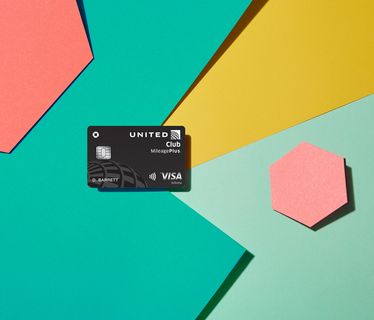 </strong>At TPG, our top priority is providing our readers with the information you need to make educated decisions about travel and your rewards-earnings strategy. This is not the best time to travel, domestically or internationally, as airlines have cut major parts of their route network. But we are sharing these travel card offers because they could provide value to cardholders for future travel once coronavirus concerns have subsided.

Editor's note: At TPG, our top priority is providing our readers with the information you need to make educated decisions about travel and your rewards-earnings strategy. This is not the best time to travel, domestically or internationally, as airlines have cut major parts of their route network. But we are sharing these travel card offers because they could provide value to cardholders for future travel once coronavirus concerns have subsided.

When Chase introduced the United Club Infinite Card, a lot of readers did a double-take to figure out how this card was different from the United Club Card. After all, their names were very similar, their annual fees were priced in the premium credit card range and they shared similarities like United Club lounge membership. While these cards seem similar on the surface, there are actually quite a few significant differences.

New to The Points Guy? Sign-up for our daily newsletter and check out our beginner's guide.

Let's dive into the individual benefits offered by these two cards and how they compare against each other.

However, there are some key differences that may make the increased annual fee on the Infinite Card worth it (aside from a bigger welcome bonus). These include differences in earning rates, travel benefits and protections, to name a few.

When it comes to earning points, the United Club Infinite Card offers higher category bonuses at the expense of non-bonus spending. Cardholders earn 4x miles on United purchases and 2x on all other travel and dining. Outside of these categories, you'll earn 1 mile per dollar spent.

Meanwhile, the United Club Card offered 2x miles on United purchases and 1.5x on everything else. This card was really ideal for those looking to maximize everyday spending that doesn't fall into a major bonus category.

While both cards cater to United flyers, the 1.5x earning rate on the United Club Card is better suited to those who do the majority of their spending outside of United, travel and dining. Earning more than one mile per dollar spent is ideal for people who want a single credit card to charge all their spending to, without worrying about which bonus category to maximize.

However, if your major spending categories include travel, dining and United purchases, then the 2x - 4x offered by the United Club Infinite Card can be way more rewarding for you.

Both cards offer nearly identical benefits when you're flying United: Free first and second checked bag, Premier Access, 25% back on inflight purchases, complimentary Premier upgrades on award flights. These are all valuable benefits that make flying United a much more pleasant experience.

Whether you're a frequent traveler or take one trip a year, being a United Club Infinite cardholder can significantly improve your travel experience through an impressive lineup of card benefits. A notable difference between the two cards, which takes some of the sting out of the $525 annual fee, is the up to $100 Global Entry or TSA Precheck credit issued every four years. Beyond this, both cards offer Hertz Gold Plus Rewards President's Circle status, access to Chase Luxury Hotel & Resort Collection.

Hertz Gold Plus Rewards President's Circle status can take some of the hassles out of renting a car, with guaranteed upgrades, elevated point earnings (1.5 per dollar spent), a wider selection of cars to choose from and no charge for additional drivers. President's Circle members also receive four months of CLEAR membership and access to a dedicated rewards line, among other benefits.

United Club Infinite cardholders also get 25/7 access to Visa Infinite Concierge Services, which provides assistance for travel planning, restaurant reservations, sports and entertainment tickets and more. This can really help make planning easier, whether you've got your sights on a fabulous trip abroad (once that becomes possible again) or a night out.

The two cards offer most of the same travel and purchase protections, with the exception of price protection, a benefit the United Club Infinite Card does not offer. Meanwhile, United Club cardholders are covered if an item is advertised for less in print or online within 90 days of purchase. Price protection will refund the different up to $500 per item and $2,500 per year. This benefit is only applicable to purchases made in the U.S.

Aside from this, the two cards offer identical travel protections:

Trip cancellation/interruption insurance: If your trip is canceled or cut short by sickness, severe weather and other covered situations, you can be reimbursed up to $10,000 per person and $20,000 per trip for your prepaid, nonrefundable travel expenses, including passenger fares, tours, and hotels.

Baggage delay insurance: Reimburses you for essential purchases like toiletries and clothing for baggage delays over six hours by the carrier, up to $100 a day for three days.

Lost luggage reimbursement: If you or an immediate family member check or carry on luggage that is damaged or lost by the carrier, you’re covered up to $3,000 per passenger.

Trip delay reimbursement: If your common carrier travel is delayed more than 12 hours or requires an overnight stay, you and your family are covered for unreimbursed expenses, such as meals and lodging, up to $500 per ticket.

Auto rental collision damage waiver: Decline the rental company’s collision insurance and charge the entire rental cost to your card. Coverage is primary and provides reimbursement up to the actual cash value of the vehicle for theft and collision damage for most rental cars in the U.S. and abroad.

Return protection: You can be reimbursed for eligible items that the store won’t take back within 90 days of purchase, up to $500 per item, $1,000 per year.

Extended warranty protection: Extends the period of the U.S. manufacturer’s warranty by an additional year, on eligible warranties of three years or less.

If you're disqualified under this rule and wondering whether it's worthwhile to swap out your existing United Club Card for the Infinite version, then consider your spending habits first and foremost. With the United Club Infinite Card offering 4x miles on United purchases (as opposed to 2x on the United Club Card) and 2 miles per $1 on all other travel and dining, this could be worthwhile if you plan on booking lots of paid United fares once this crisis is over.

If you have another card that earns substantial rewards on travel and dining, then you may be better off maximizing your non-bonus category spending with the United Club Card. The "best" card really comes down to which card is earning its keep based on your travel and spending habits.

(Photo by John Gribben for The Points Guy)