Articles
Emily McNutt is The Points Guy's Global News Editor and is based in London.
Follow
March 06, 2018
•
7 min read 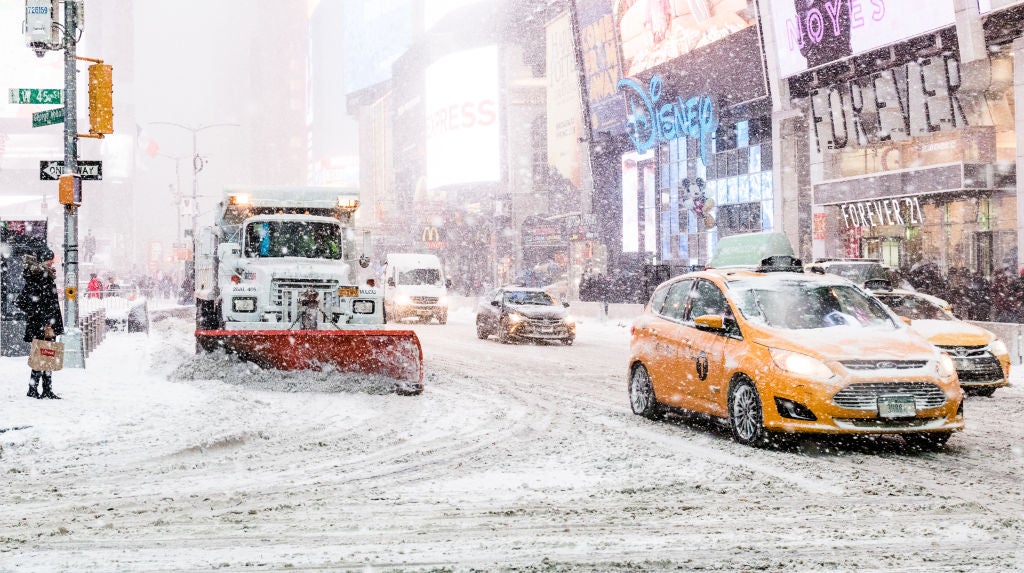 The Northeast is bracing for its second winter storm in less than a week. This time around, it's Winter Storm Quinn. The National Weather Service has issued winter storm warnings from eastern Pennsylvania and New Jersey to New York's Hudson Valley and throughout much of New England. Several cities along the East Coast are expected to see the brunt of the storm, including New York, Boston, Philadelphia, Albany, Hartford, Portland and — to a lesser extent — Baltimore and Washington, DC.

Heavy snow and strong winds are expected to cause the most disruption, with power outages and downed trees. The storm is expected to start Tuesday night/Wednesday morning, but the most snow and powerful winds should accumulate and persist through Wednesday and into Thursday. The Weather Channel is predicting Quinn to intensify as it tracks northeastward through Wednesday.

There is some good news for people of the Northeast: Winter Storm Quinn is not expected to be as powerful as Winter Storm Riley from last week.

In anticipation of the storm and the havoc it's expected to wreak on air travel, many airlines have issued travel waivers for parts of the Northeast. For travelers with flexible plans, you can potentially avoid the mess without penalty by taking advantage of one of the waivers issued by nine airlines thus far.

If you can’t delay your itinerary, airlines aren’t going to be responsible for paying for your meals or hotels in the case of weather-related delays/cancellations. But some top cards have flight delay/cancellation insurance that can reimburse you for weather issues, including the Citi Prestige ($500 per passenger for 3+ hour delay), the Chase Sapphire Reserve ($500 per ticket for 6+ hour or overnight delay) and Chase Sapphire Preferred Card ($500 per ticket for 12+ hour or overnight delay).

As of 8:30 Tuesday morning, here are the travel waivers covering this storm:

No waivers at this time from: Hawaiian.

Related stories
You may not be able to transfer Capital One miles to airlines and hotels right now: Here's what you need to know
What's the difference between a credit freeze and a fraud alert?
This is how Star Alliance can learn from Oneworld Emerald status
8 best Mexico cruises for every type of traveler
Featured image by LightRocket via Getty Images

Our points-obsessed staff uses a plethora of credit cards on a daily basis. If anyone on our team wouldn’t recommend it to a friend or a family member, we wouldn’t recommend it on The Points Guy either. Our opinions are our own, and have not been reviewed, approved, or endorsed by our advertising partners.
See all best card offers
Related stories
News
You may not be able to transfer Capital One miles to airlines and hotels right now: Here's what you need to know
News
What's the difference between a credit freeze and a fraud alert?
News
This is how Star Alliance can learn from Oneworld Emerald status
Guide
8 best Mexico cruises for every type of traveler