Culture Calendar: 5 Events Worth Traveling for in March 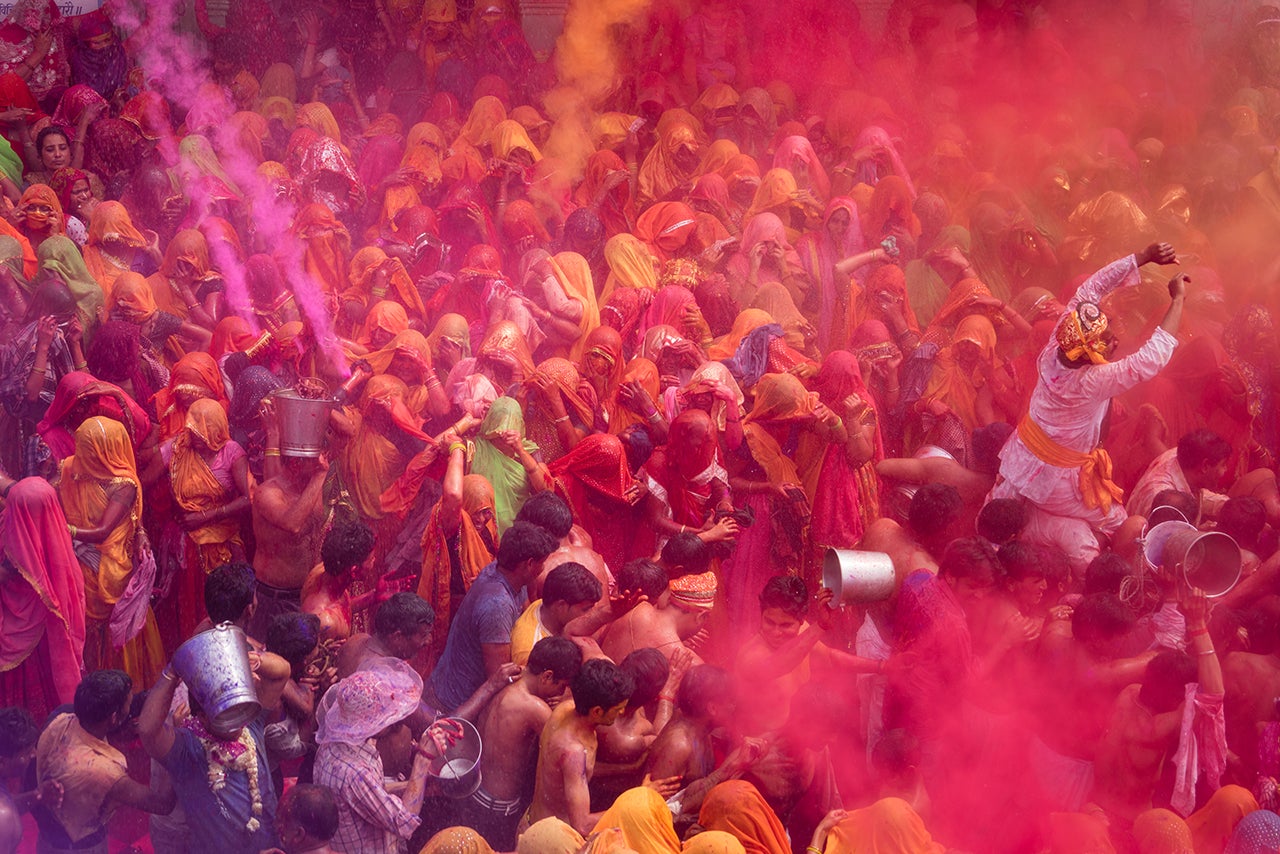 Ever noticed how travel can make you enthusiastic about activities you’d be unwilling do at home? Like standing in line for a museum or joining a noisy crowd at a festival? Maybe it’s because diving into the culture of a place is one of the best ways to discover it — and for creating memories that will linger long after the jetlag fades.

You probably already know that March 17 is Saint Patrick’s Day, so we’ve rounded up five other unforgettable experiences taking place around the world this month. Get your calendars out and start planning your next trip — these are the best reasons to travel in March.

Also known as the Festival of Color, people across the subcontinent celebrate by flinging powdered dye and water at each other, and smearing each other’s faces with paint. It’s wild, fun and insanely Instagrammable, but take your phone or camera out at your peril since you’ll be dodging super soakers and water balloons non-stop. Be aware that Holi does have a darker side too: it’s a time when codes of conduct are relaxed, many people become inebriated and sexual harassment is common. For that reason, it’s best to avoid public areas in major cities and go to a ticketed or reputable event where you can relax and join in the technicolor water fight.

Australia’s LGBTQI community has a lot to celebrate this year—a marriage equality bill was recently passed, just in time for the 40th anniversary of the Sydney Gay and Lesbian Mardi Gras. What started as an activist march in the wake of 1978’s Stonewall Riots has now become a two-week-long pride festival culminating in a massive parade. This year an estimated 300,000 people will be cheering on 200 floats, including the 78ers float carrying original marchers from the first Mardi Gras. Join the spectators lining the street for the parade and then prepare to party — this is one of the biggest nights of the year in Sydney.

This all-night arts festival began in Paris in 2001 and has since been adopted by a number of cities around the world. In Montreal it’s the best attended single-day event in the city, drawing 300,000 culture vultures out into a frigid winter’s night. From 6pm to 6am (and sometimes even later) there are hundreds of cultural activities taking place downtown, the vast majority of which are free. The Metro stays open late especially for the event, with some train stations even hosting music and dancing. Activities run the gamut from winter sports and art exhibits to film screenings and concerts, making this the classiest all-nighter you’ve ever pulled.

Valencians party for two weeks in the lead up to Las Fallas in which hundreds of “fallas”— large-scale, satirical wooden effigies — pop up around the city overnight. Fireworks are another hallmark of the festival; there are two pyrotechnics displays every day (afternoon and evening), plus a bunch of unofficial events like paella contests, bull-fights, concerts and street fairs. Everything builds to a fever pitch on the final night when the painstakingly detailed fallas sculptures are set alight. That is, all except one. Chosen by popular vote, a single figure survives the flames to live out its days in the Fallas Museum.

Nearly 250 galleries will be showing at Art Basel Hong Kong, the Asian edition of the blockbuster contemporary art fair which also takes place in Basel and Miami. You can get tickets to the show for as little as HKD$200 (around USD $25) to see work from up-and-comers as well as more established names like Japanese pop-artist Takashi Murakami. It’s a little harder to get into the celebrity-studded parties that accompany any Art Basel. Many are invite-only but you can buy your way into some of them by splurging on a VIP fair ticket, which will set you back a cool HKD $2,280 (around USD $290).