Life Changes in a Flash, Help a Family Fly to the Fight of Their Lives

Articles
Summer Hull , aka Mommy Points, ran the Mommy Points site for families who want to travel more for less using miles and points for seven years. She now heads up a variety of special projects at TPG when she isn't exploring the world with her own two girls.
Follow
March 24, 2018
•
7 min read 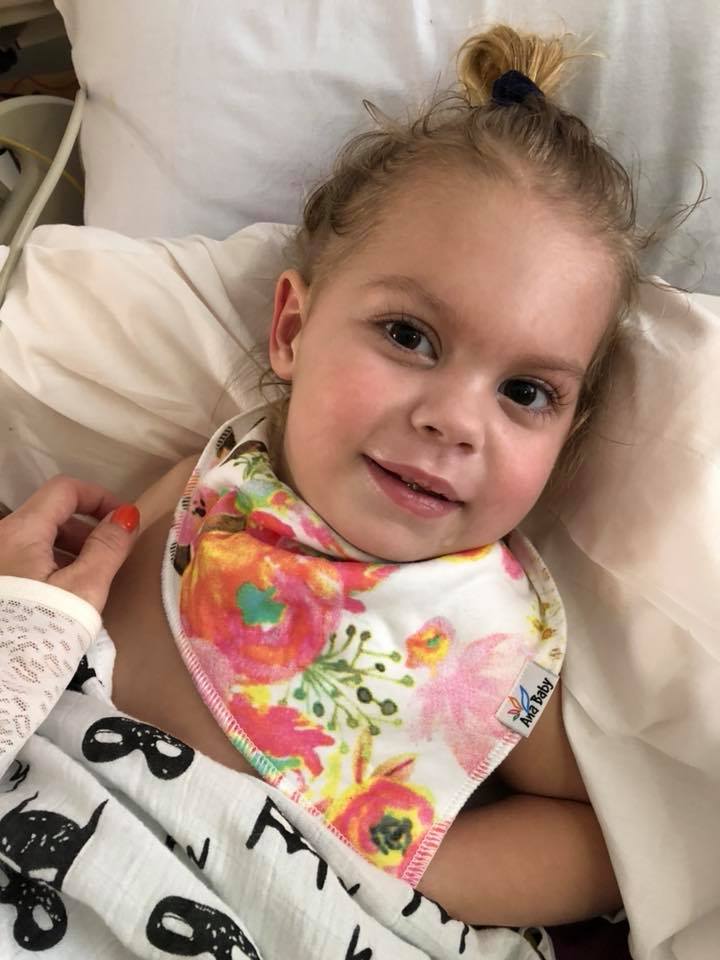 Life Changes in a Flash, Help a Family Fly to the Fight of Their Lives
This post contains references to products from one or more of our advertisers. We may receive compensation when you click on links to those products. Terms apply to the offers listed on this page. For an explanation of our Advertising Policy, visit this page.

Probably like many of you, most of my travel is done either for fun or for business. I spend lots of time searching for the best deal, ways to maximize my miles, or putting my elite status benefits to use in order to make travel more comfortable or affordable. However, not every family seated around you on the airplane is flying for fun, or even for work. Some families can be found at 36,000 feet for much some deeper reasons that most of us try not to think about.

A couple of months ago, I first learned the story of Berkeley Fincher, a beautiful bright-eyed little girl from my home state of Texas. On the weekend of New Year’s Eve, just before her third birthday, sweet Berk was found unconscious in a pool on a family member’s farm. She was resuscitated not once, but twice, and was taken by life-flight to a children’s hospital in Austin to begin the fight of, and for, her life.

Her parents, Shelley and Donnie, were not only told that their daughter may not make it, but that if she did survive she would not walk, talk, eat, or breathe on her own ever again. In a flash, they went from being the parents of spunky and energetic almost three-year-old toddler, to not knowing if their child would live because of a complete accident. Their entire world turned inside out in a matter of minutes.

Those painfully fast and potentially deadly accidents can happen to every. single. one. of. us.

I've never met the Fincher Family, but from everything I have seen, it is clear that Berk and her family are fighters in the very best way. Throughout the course of her 40 days at the children’s hospital, Berk made improvements one small victory at a time. Her organs started to recover, she looked at her family, she smiled, and ultimately she was discharged. However, Berk still has a long way to go.

Her family is willing to do anything to help their Berk fight her way back, and they found Dr. Harch in New Orleans who specializes in treating severe anoxic brain injuries such as Berk’s using hyperbaric oxygen treatments. For the last month, Berk has been in New Orleans with her mom receiving these “deep dives” one treatment at a time. During this time, Berk's dad has stayed behind in the Austin area to continue working and taking care of Berk’s two siblings, one of whom is just a baby.

I know there are endless stories of need in the world, but this is one that not only found its way into my heart, but that together I think we can help in a small but meaningful way.

While it would be awesome to pool Southwest Rapid Reward points together to fly Berk's dad to New Orleans using points, there is no practical way I can come up with to put something like that together on short notice. My goal is to provide Berk's family with a Southwest gift card to help cover the cost of Donnie flying to New Orleans to be with his little Berk as she fights to get better. He has at least six more weekends of needing to make that trip, and while they do have a Go Fund Me set-up, it would be great if they could have some funds set aside just for the flights so they can use their other resources for Berk’s treatment and assorted needs.

With Southwest, you can use up to three gift cards at a time on a reservation, but since I know life must already be complicated enough for this family, I'd like to keep things as simple as possible and not provide them with too many smaller Southwest gift cards to manage. If Berk's story has touched you like it did me, and you would like to donate towards a Southwest gift card, I would be honored to be the go-between to make that happen. I have been in touch with a liaison for the family who has confirmed that Berk's dad does plan to continue flying Southwest each weekend to New Orleans and that a Southwest gift card would be extremely helpful.

Update: You guys are amazing and within one day (on a weekend no less) worked together to raise over $1,500 to go towards Southwest gift cards for this family. Hopefully, with those resources, they will not have to worry about the next six weeks of flight expenses. In addition to those donations, several of you have generously offered your Southwest Rapid Rewards points on standby to book award flights for the family. Since I don't want to overwhelm them with more Southwest credit than they need right now, the amount raised over $1,500 will be going into their general GoFundMe account. I'm still waiting on a final total for that donation, but it will be at least $300 for them to use however they wish for Berk's recovery. Sincere, sincere thank you's to every one of you. This was done one generous individual at a time. While I will cut my direct fundraising for this family off for now since we hit our target, if you would like to help Berk, they would still love your support via their Go Fund Me account.

If you want to help with this mission to make it as easy as possible for Berk's dad to be with his baby girl each weekend, please feel free email me directly at mommypoints at thepointsguy.com, or I am collecting donations via PayPal to purchase a large Southwest gift card to get to the family within the week (this drive is finished for now becuase you guys hit our $1,500 goal!). You have my word that every single dollar sent my way, and then some, will go straight to Berk's family. If you have an actual Southwest gift card in hand you would like to donate, shoot me an email and we'll see what we can figure out.

Berk and family, please know that the family travel community is rooting for and for every milestone big and small. You're a real-life superhero, and I can't wait to keep following your improvements on the Berk's Blessings Facebook Page. You are and will be an inspiration to so many.

I also want to add that Berk's mom, Shelley, has shared many Infant Swimming Rescue resources on her Facebook page, and while we were already thinking of signing up our own 2.5-year-old daughter for those lessons in the near term, we are now 100% committed to giving her those potentially life-saving skills in honor of Berk.

Our points-obsessed staff uses a plethora of credit cards on a daily basis. If anyone on our team wouldn’t recommend it to a friend or a family member, we wouldn’t recommend it on The Points Guy either. Our opinions are our own, and have not been reviewed, approved, or endorsed by our advertising partners.
See all best card offers
Related stories
Deals
Fly in business class to London for less than $2,600
Reviews
A new hotel that needs to work out the kinks: A review of the Hyatt Regency Salt Lake City
News
Lyft quietly adds wait time fees to most rides
Guide
What is Marriott Bonvoy elite status worth in 2023?