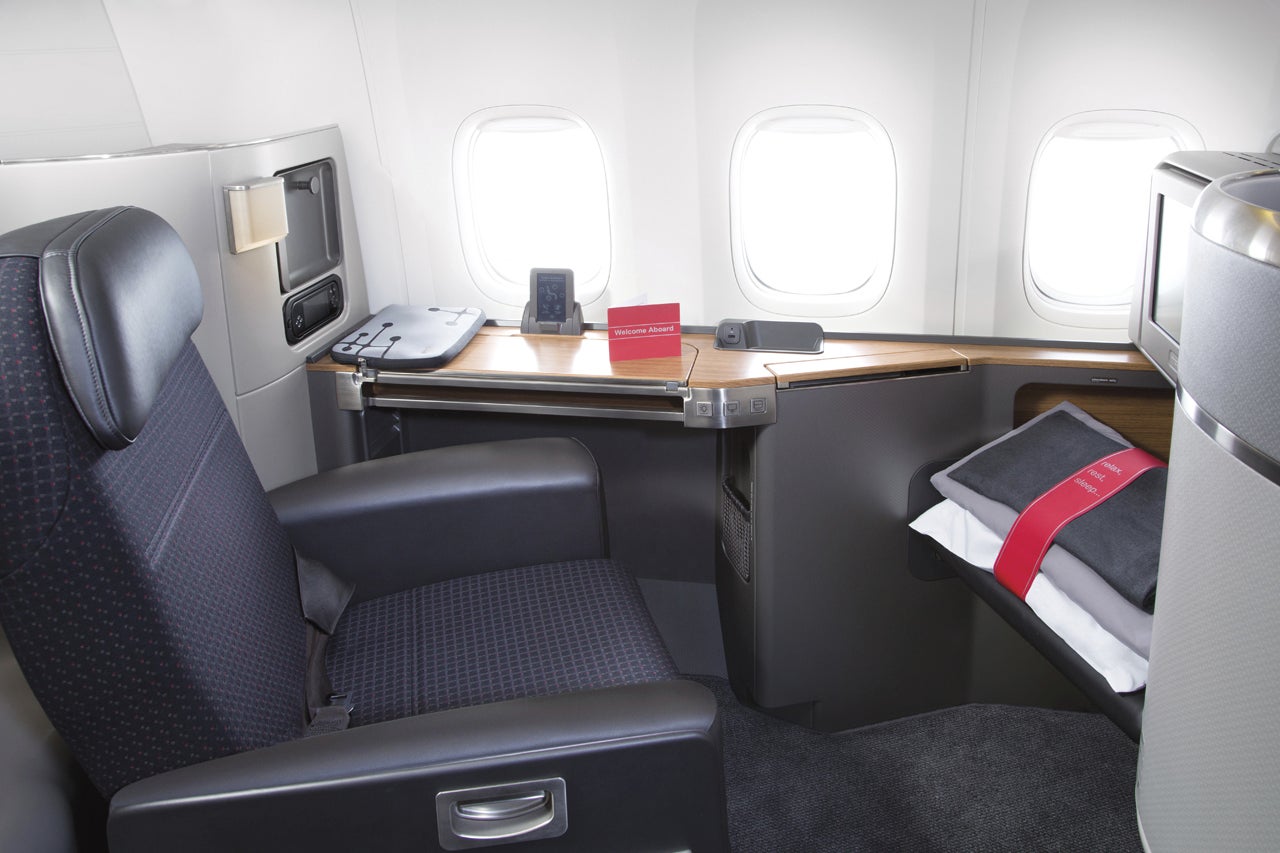 Flying First Class for Less Than Economy — Reader Success Story
This post contains references to products from one or more of our advertisers. We may receive compensation when you click on links to those products. Terms apply to the offers listed on this page. For an explanation of our Advertising Policy, visit this page.

Today I want to share a story from TPG reader Javi, who got a discount for upgrading an international award flight. Here's what he had to say:

Last year my family and I decided to book a summer vacation to Spain using AAdvantage miles accumulated throughout the years. For five people the award availability was definitely slim pickings, but I managed to snag MileSAAver awards at 30,000 miles per person for our flight from Miami to Barcelona. For the flight back, however, we had no other option than to fork over 65,000 miles per person for AAnytime awards — we were on a tight schedule with no flexibility in our dates.

Fast-forward five months and we're wrapping up our vacation. The night before we flew back to Miami I went on AA.com primarily out of curiosity, and to my complete shock I found wide open availability in first class on our three-cabin 777. It was so wide open that American only wanted 62,500 miles for a first class seat, yet somehow still reasoned to charge 65,000 miles for economy and 130,000 miles for business. I frantically checked to see if there was inventory for five passengers, and sure enough there was — it looked like American was discounting the seats rather than letting them fly empty!

I quickly got on the phone with a reservations agent and asked to upgrade our family of five to first class. The agent seemed confused and a tad standoffish that she was not only upgrading us, but in fact owed us a refund of 2,500 miles per person. She initially claimed we'd need to pay $150 per person to redeposit the difference in miles, saying she couldn't reissue the ticket otherwise. But I knew the reinstatement was completely at our discretion, and paying $150 to reinstate 2,500 miles would be downright ridiculous. I held my ground, and after speaking with two supervisors we had five first class tickets confirmed for the following morning.

Surely this isn’t an everyday occurrence, but it demonstrates a silver lining for early bookers (like myself) who sometimes feel like they've been overcharged on award redemptions. Predicting flight loads can be tricky, and even airlines get it wrong sometimes. Check, check and check again throughout the weeks leading up to (and during) your trip; you may find some amazing last-minute availability to make your travels that much more exciting. I just feel bad for whoever paid 65,000 miles to sit in coach.

Award space in different cabins isn't always correlated. You'll typically find greater availability in economy than you will in business or first, but that's not always the case. If you're unable to find saver-level awards in economy, it's worth at least checking the cost to fly up front, as you can score a much more comfortable seat at only a modest premium, or on rare occasions at a discount. As Javi pointed out, it also pays to continue checking availability after you book, since better seats may open up later.

I'm not convinced Javi should have been presented with a redeposit fee. It's an unusual scenario since the upgraded award was cheaper, but American Airlines generally doesn't charge fees to change to a higher class of service. Even if the redeposit fee did apply, it should be $150 for the first ticket and $25 for each additional ticket (assuming they were booked from a single account). In that case, reclaiming the 12,500 miles would have cost Javi $250, or 2 cents per mile. That's still more than those miles are worth, but at least it's in the ballpark (unlike the 6 cents per mile American wanted to charge him).

I love this story and I want to hear more like it! To thank Javi for sharing his experience (and for allowing me to post it online), I’m sending him a $200 airline gift card to enjoy on future travels, and I’d like to do the same for you. Please email your own award travel success stories to info@thepointsguy.com; be sure to include details about how you earned and redeemed your rewards, and put “Reader Success Story” in the subject line. Feel free to also submit your most woeful travel mistakes. If your story is published in either case, I’ll send you a gift to jump-start your next adventure.