This Vintage Boeing Military Plane Is Becoming a Restaurant 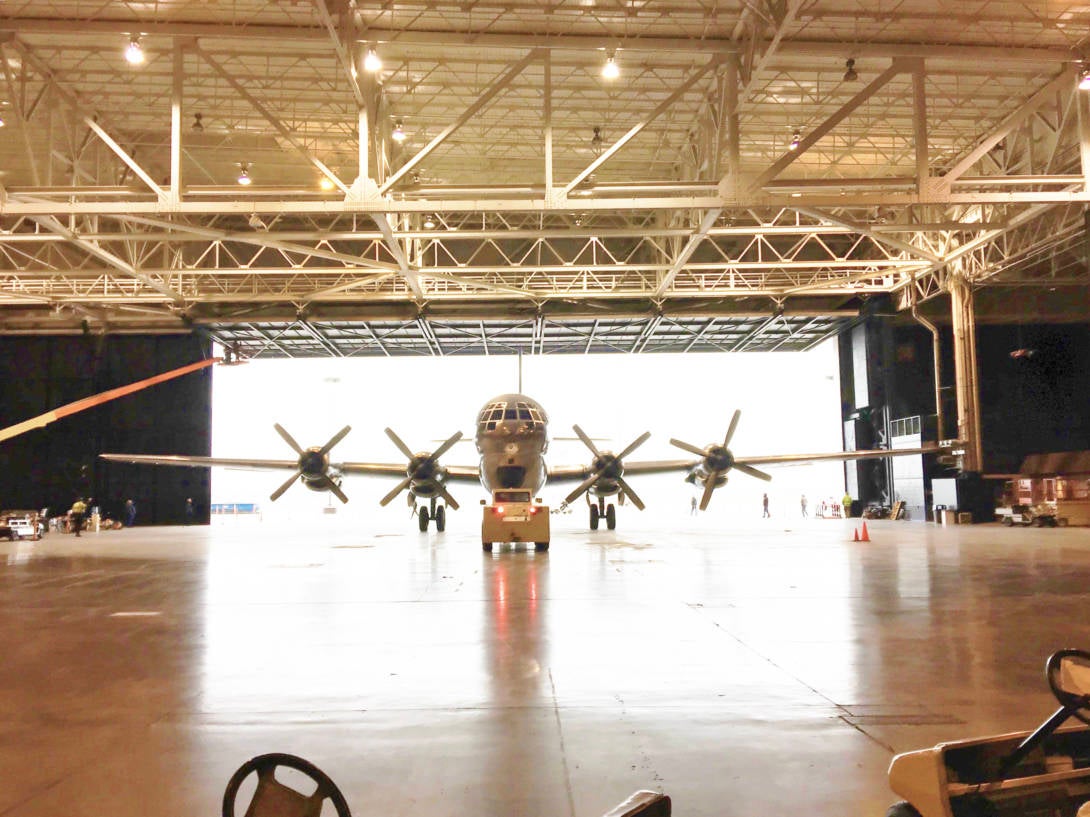 This Vintage Boeing Military Plane Is Becoming a Restaurant
This post contains references to products from one or more of our advertisers. We may receive compensation when you click on links to those products. Terms apply to the offers listed on this page. For an explanation of our Advertising Policy, visit this page.

There's a new restaurant in Cleveland that used to be a US Air Force tanker aircraft during the Cold War. Cleveland's International Exposition I-X Center is converting a Boeing KC-97G Stratofreighter into a 50-seat restaurant.

The I-X Center, a former factory, acquired the plane last June after it spent many decades stored at Davis-Monthan Air Force Base in Arizona, the enormous desert facility where the Air Force keeps its discarded planes. The desert climate prevents corrosion, and in some cases planes fly again after storage at a so-called "aircraft boneyard."

Since June, the Center has put in over 800 hours of work to restore the outside of the plane to its original sheen from the 1950s. The piston-engined, propeller-driven KC-97 was an in-flight refueler, and kept US Air Force fighters and bombers flying from the 1950s to the 1970s until it was superseded by jet planes.

There's still a lot of work to be done on the plane for its restaurant transformation, but the I-X Center is hoping to have it up and running by 2020. Lisa Vo, Executive Vice President at the I-X Center, said in a press release: “This undertaking has been very exciting for the I-X Center. With the outside restoration complete, the list of ways we can utilize this feature are endless including a restaurant and/or bar, which is at the top of our list. When it comes to the type of food we’ll serve, we can promise the menu will be an upgrade to the meals served when the plane was in service!"

There are only 24 KC-97s on display around the world so there aren't many opportunities to see one of these aircraft up close. There's one in New York that can still fly.

The plane is equipped with four 3,500-hp radial engines, each with four rows of seven cylinders. That adds up to 28 pistons per power plant. Each engine weighs 7,600 pounds and the entire plane weighs 82,500 pounds when empty and 175,000 pounds with a full load. It measures in at 110 feet long and 38 feet tall. To get it to its new home in Cleveland, a crew dismantled the plane into six parts, taking over three months. It then took six days for the KC-97G to travel 2,000 miles to its current home.

The I-X Center has a historic connection to the plane in that the Center previously operated as a factory during World War II manufacturing parts for the B-29 bomber, the aircraft from which the KC-97 was derived. Before its interior is converted for restoration, the KC-97G will be on display at the I-X Center for the Summit Racing Equipment I-X Piston Powered Auto-Rama from March 16-18.

This particular KC-97, whose fuselage is seen above, began flying in 1953 and was deployed to the UK, Canada, Germany and Alaska, as well as based at various military airports around the continental US until 1978, when it was declared surplus and sent to the desert.