The Best Movies About Travel to Stream in February 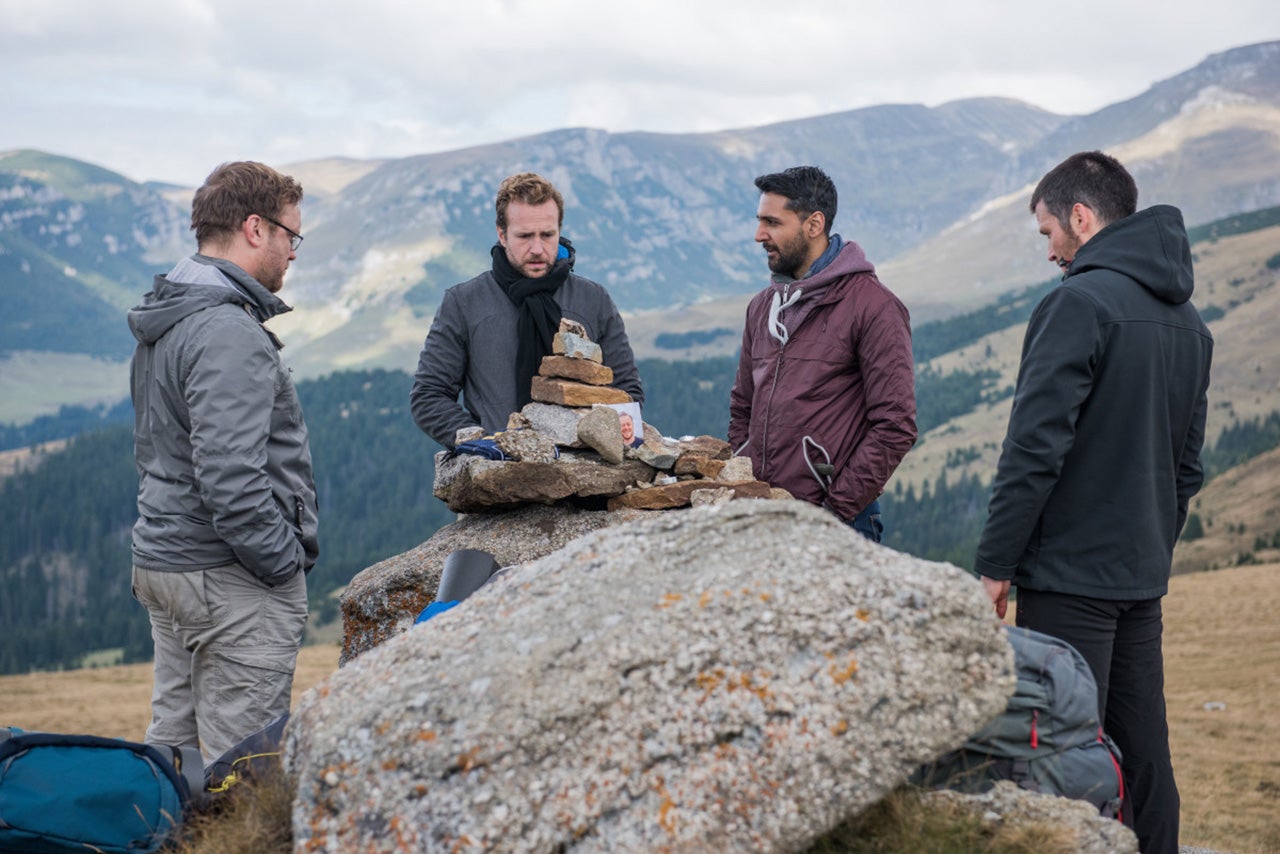 According to furry meteorologist Punxsutawney Phil, we have six more weeks of winter. Cue the groans. At least this is the perfect excuse to plan a warm-weather escape — or, if that’s not in the cards, hunker down with new streaming options that can at least mentally whisk you away.

Because it’s gonna be a long winter, here are the best destination-worthy films coming to Netflix, Amazon, iTunes and Hulu in February, with our recommendations.

If You Want to: Get Lost in a Park Watch: National Parks Adventure (February 1)

Robert Redford narrates this 2016 documentary, which travels throughout some of the country’s most awe-inspiring parks. Originally released on IMAX, the film’s beautiful vistas, canyons and red-rock formations will still scratch your travel itch.

If You Want to: Pull off a Heist in Vegas Watch: Oceans Trilogy (February 1)

It’s been over a decade since the last Ocean’s movie hit theaters, but now that an all-female spin-off Ocean’s 8 is debuting this year, it’s a good time to revisit Steven Soderbergh’s films — they captured the City of Sin in all its slick-and-sordid glory.

If You Want to: Hike in the Woods Watch: The Ritual (February 9)

Actually, this might turn you off the outdoors rather than encourage you to grab your hiking boots. This new Netflix Original thriller tracks four friends hiking through the Scandinavian wilderness, but unfortunately, they take a wrong turn. Many will start hiking. Few will live.

If You Want to: Explore the Civil War Watch: Lincoln (February 21)

Watching Daniel Day-Lewis is sorta like time-traveling — the man can literally become anyone, anywhere, at any time. He nailed Lincoln’s gravitas enough to nab a Best Actor Oscar for this 2012 Steven Spielberg film. More fun than a trip to DC, that’s for sure.

If You Want to: Hang Out in New England Watch: Mystic Pizza (February 1)

Another blast from the past, to those strange and mysterious years when Julia Roberts wasn’t a household name. Here, she plays a waitress (alongside Lili Taylor and Annabeth Gish) at a pizza parlor in Mystic, Connecticut, dealing with a dramatic summer of love.

If You Want to: Go Where No Man Has Gone Before Watch: Star Trek (February 14)

Earth too dull for you? The USS Enterprise might be more your speed. This 2009 reboot from J.J. Abrams follows young Commander Spock (Zachary Quinto) and Captain Kirk (Chris Pine) — and was surprisingly well-received by time-traveling Trekkies.

If You Want to: Have a Reality Check Watch: Human Flow (February 16)

Artist Ai Weiwei documents travel of an altogether different sort with this deeply moving Amazon Original documentary about the global refugee crisis, which has displaced more than 65 million people worldwide. You can’t watch and not be grateful for all that you have.

Yes, it’s an animated 3-D film. But no, it’s not just for kids. In one of the best-reviewed films of 2017, young hero Miguel accidentally travels to the Land of the Dead — so, not technically a place you can get to via American Airlines, but it’s fun to pretend.

If You Want to: Ride the Rails Watch: Murder on the Orient Express (February 20)

Mystery lovers rejoice! Kenneth Branagh reinterpreted Agatha Christie’s classic book last year, and despite some questionable facial hair, it’s a fantastic depiction of the 1930s Golden Age of rail travel. Except for, you know, the murders and all. Watch and you’ll start Googling for European rail ticket deals.

If You Want to: Make It in Hollywood Watch: The Disaster Artist (February 20)

Los Angeles isn’t all glitz and glamour — sometimes, people move all the way from San Francisco to pursue dreams of stardom and end up making the worst movie of all time. Well, that actually only happened to Tommy Wiseau, but his feature film The Room ended up a cult hit — popular enough for James Franco to direct this behind-the-scenes look, which definitely pulls the curtain back on Hollywood.

If You Want to: Dream Big Dreams in Paris Watch: Amélie (February 1)

Swap out your popcorn for croissants for the biggest escape vehicle of all! This 2001 French comedy starring Audrey Tautou is a charming feast for the eyes. Shot on the streets of Paris, particularly in the Montmartre neighborhood, it will make you long for spring.

If You Want to: Watch a Fake Western Watch: Blazing Saddles (February 1)

Never mosey along to the American west? Dive in to this classic 1974 Mel Brooks satire set in 1874. Chronicling the rise of the first black sheriff in town, it lampoons racial prejudice — hmm, definitely worth a rewatch today.

If You Want to: Watch a Real Western Watch: The Good, the Bad & the Ugly (February 1)

And then here’s the counterpoint — Clint Eastwood became a star after headlining Sergio Leone’s Civil War-set Spaghetti Western. After watching, you can visit Sad Hill Cemetery, site of the film’s famous showdown, in northern Spain. A group of volunteers (and diehard movie fans) cleaned up the site around 140 miles from Madrid for the film’s 50th anniversary. Field trip time!