After Fatal Grand Canyon Crash, Would You Still Take A Helicopter Tour?

Articles
Katherine Fan is a former senior travel features reporter at The Points Guy who covered everything from personal finance to travel and aviation.
Feb. 12, 2018
•
5 min read 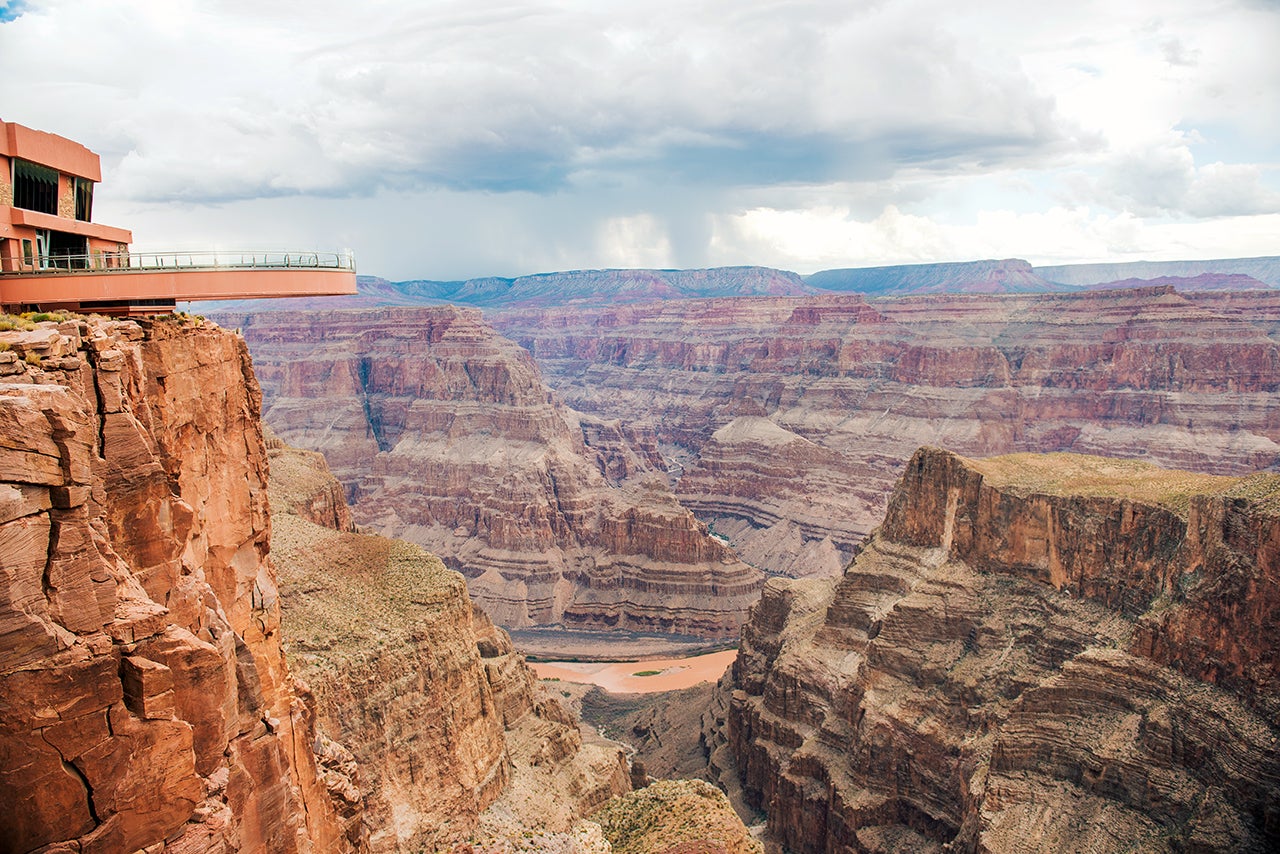 After Fatal Grand Canyon Crash, Would You Still Take A Helicopter Tour?
This post contains references to products from one or more of our advertisers. We may receive compensation when you click on links to those products. Terms apply to the offers listed on this page. For an explanation of our Advertising Policy, visit this page.

A fatal helicopter crash Saturday afternoon near Quartermaster Canyon on the west rim of the Grand Canyon killed three and badly injuring four other survivors, including the pilot.

The bodies of Becky Dobson, and brothers Stuart and Jason Hill, were identified by family members Monday morning. The helicopter tour had been part of the activities planned for a weekend vacation in Las Vegas in celebration of Stuart's birthday.

All six passengers were from the United Kingdom, according to the British Foreign and Commonwealth Office.

Papillon Airways, the tour company that operated Saturday's helicopter tour, expressed its sympathy toward the families of the victims and promised full cooperation with all investigations.

"It is with extreme sadness we extend our heartfelt sympathy to the families involved in this accident," said Papillon Group CEO Brenda Halvorson. "Our top priority is the care and needs of our passengers and our staff."

"This is a human tragedy," said Gary Robb, a litigation lawyer who was named the "most successful helicopter-crash plaintiff attorney in the country" by Forbes Magazine in 2009. In 2001, Robb represented a woman badly injured in another Papillon Airways crash.

Robb said flying in the Grand Canyon can be treacherous simply because of the number of helicopters there. He also said Papillon Airways has made big improvements since the 2001 crash. "They've improved their piloting qualifications as well as their maintenance over the last 10 years, and as far as I know they've not had a crash since 2001," Robb said.

In light of Saturday's tragedy, TPG Lounge reader Tamara R. posed a question regarding helicopter risks that many other tourists have no doubt considered as well: "I was planning to book a helicopter ride over the Grand Canyon, but I just heard about today's fatal crash there. How do you decide whether risks like that are worth it? I have no fear of airline flights, but a helicopter crash scares me."

Reader reactions were mixed. Many counseled awareness and the importance of being informed, but not letting fear dominate the freedom to enjoy life:

Mona S. Risk assessment/avoidance is a very personal decision. How many car crashes have you heard about yet you continue to use cars? We've flown that same flight into the Grand Canyon with Papillon twice...incredible experience and I'd do it again.

Patrick F. Fly with an experienced pilot in an appropriate sized aircraft (not overloaded) and be aware of weather conditions. You should be fine.

Jeff L. I’ve done 3 times. A reputable company will be fine. Yes, it happens, but it's no less safe than driving to Vegas or the Canyon in the first place. It's a good option if you have limited time.

Ryne W. Your fear of a helicopter ride is probably more related to the fact you have never done one. Any negative circumstance is only going to heighten your anxiety. I was nervous about my first ride over Vegas. But I would not give it a second thought now. Pick a reputable company and stay informed with local weather conditions.

Albert H. I've flown into the Canyon on a different company. It was a great experience. They fly quite a bit into the Canyon... I wouldnt worry too much, honestly. We don't know the cause of it so far... You are [more] likely to die in a car accident than a[n] air vehicle...

Others emphasized the importance of being true to one's misgivings:

Liz R. I think you’ve answered your own question. Why would you do something that makes you uneasy? You certainly don’t have to justify your actions.

Carrie R. If you’re going to be too worried to enjoy yourself the entire time, skip it.

John R. This is the second fatal crash for the same company, plus there have been other crashes near Grand Canyon as well. The first crash (about 15 years ago) was determined to be pilot error. I would probably wait till we at least have a preliminary report from the NTSB. You don't want a situation like the Texas balloon incident (where the pilot's poor decision making was not helped by all the prescription drugs in his system). Given the volume of traffic carried by these tours, I am hoping the NTSB provides the preliminary report soon so that I can go and enjoy this tour again.

Frank I. Helicopters, which I have in the past ridden many times in my foolish youth, have the aerodynamics of a rock. Risky but fun.

Leonora U. Ask yourself is this something I really need to do to enjoy the Grand Canyon....not!

Jeremy H. Everyone has TOTALLY different risk levels and interpretations of risk. That’s 100% your decision, not anyone else to make for you...