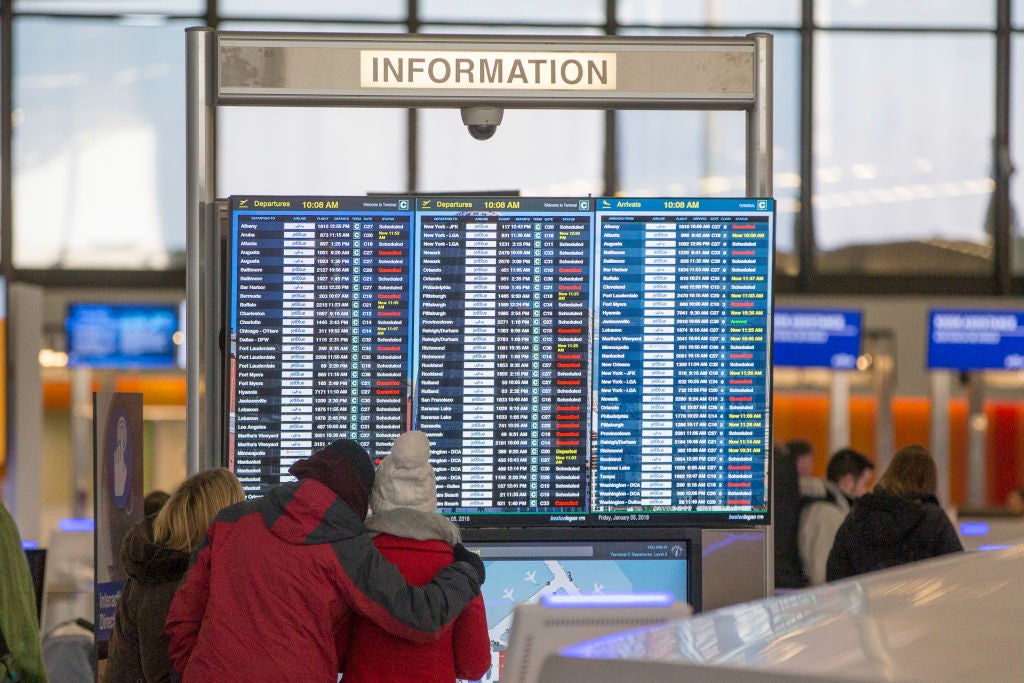 $1,200 Vouchers, Aborted Landings and More: TPG Readers Face the Bomb Cyclone
This post contains references to products from one or more of our advertisers. We may receive compensation when you click on links to those products. Terms apply to the offers listed on this page. For an explanation of our Advertising Policy, visit this page.

Over the last week, one story dominated the news in the US Northeast: the bomb cyclone. Thousands of flights were cancelled as the skies emptied out.

The worst of the chaos was at JFK. The biggest airport in the region was brought to a halt, with thousands of cancellations and dozens of diversions, sometimes resulting in incredible scenes like an enormous Airbus A380 landing at tiny Stewart airport (SWF). Then eTerminal 4 flooded. The airport completely failed to manage its flight backlog, and some planes were stuck waiting for a gate for more than seven hours. Others had to turn around and go back to Europe when they were already halfway over the Atlantic.

We asked TPG readers about their experience while traveling during the "bomb cyclone." Via the TPG Lounge, a Facebook community for our readers, we heard about the adventures of our readers during the travel debacle.

The weather made for incredibly bumpy flights, according to Amanda Caney, who reported sick passengers and repeated attempts to land on her flight to Boston. Caney had the right idea on how to rebook a flight — instead of having to wait hours for an airline customer service representative, she had a Barclaycard concierge do the work and rebook the flight for her.

Other passengers got a financial reward for being flexible in the face of schedules snarled by the weather. After Delta overbooked an obviously popular flight, the airline offered $1,200 in gift cards to those who would give up their seat on the flight.

A canceled flight led to a few extra days in Asia for Wesley Forsythe, who used his trip protection insurance from the Chase Sapphire Preferred Card to cover his emergency accommodations and food. Cancelled and delayed flights are always a good reminder to make sure you book your travel with a credit card that has trip delay reimbursement protections.

While this doesn't happen as often as it used to, you can also get rebooked onto a competitor airline's flight. After being rebooked four times on United, Matthew Piotrowski was eventually put on American Airlines to Dallas Fort Worth (DFW). Piotrowski's elite status on the airline definitely helped him get on the American flight.

Being stuck in the Caribbean isn't the worst place to be, but it can lead to missing work and serious economic consequences, like in Erin Neary's case. Neary even reported that her brother was actually asked to leave on a Friday flight instead of his flight that was booked for the next day, a "reverse bump."