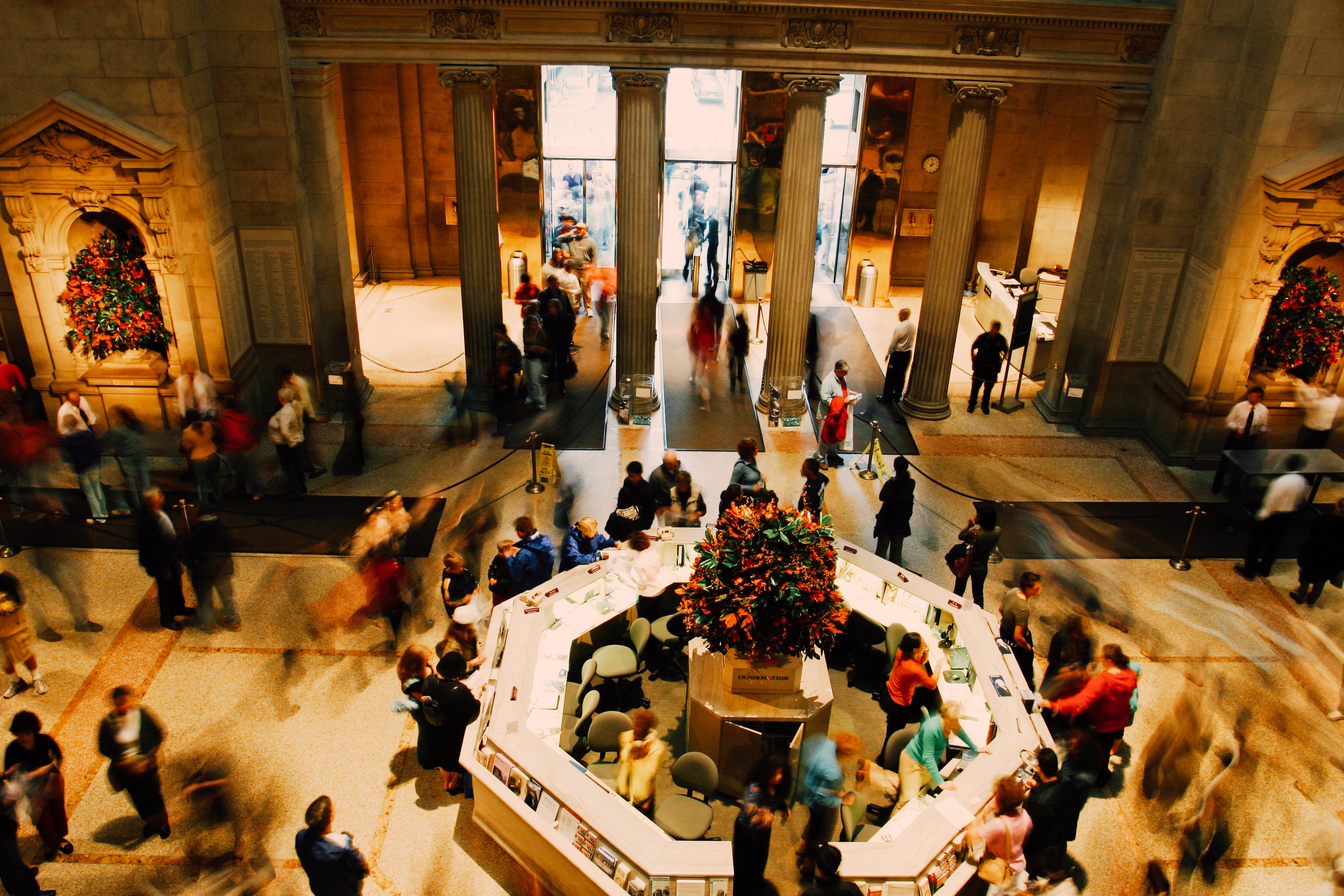 Met Museum Updates Admission Policy: Non-New Yorkers Must Pay
This post contains references to products from one or more of our advertisers. We may receive compensation when you click on links to those products. Terms apply to the offers listed on this page. For an explanation of our Advertising Policy, visit this page.

The Metropolitan Museum of Art has been an institution of New York City since it opened its doors in 1872. In fact, the city owns the building on Fifth Avenue and supports the museum operationally with millions of dollars every year. Because of its large operating budget — $305 million — paired with generous private donations, the famed museum has been able to operate on a pay-what-you-wish policy since 1970. Now, to fill the woes of a recent budget deficit, the Met will remove its unique admission policy and replace it with a $25 admission for everyone who does not live in the state of New York.

Beginning March 1, the Met will update its admission policy so that all non-New York residents must pay the required $25 fee. An exception is made for students from Connecticut and New Jersey, who will also be able to participate in the pay-what-you-wish policy that's currently in place. The museum currently has a deficit of about $10 million and hopes to balance its budget by 2020.

Consistently ranked as one of the best art museums in the world, it stands among the prestigious others like the Louvre, MoMA and the Guggenheim, but distinguished itself from the others for its non-mandatory admission fee. In 2016, it was the second most-visited art museum in the world with a record-breaking 7 million visitors compared to 13 years ago when attendance was clocked in at 4.7 million visitors. However, the museum has had a steep decline in the amount of visitors who pay the suggested amount of $25, from 63% to 17% last year.

With the new policy taking place, the museum hopes to raise $6 million to $10 million annually by charging the $25 admission fee. Residents and art-lovers have been up in arms since the announcement of the policy. Jerry Saltz of New York magazine penned a recent article calling out the museum for the policy change and its recent debacle regarding the board director and trustees. In the article, Saltz names wealthy patrons and trustees who knew better than to remove the policy that made the museum stand out from all others.

"Especially since the museum just spent more than $65 million on the space-eating, flow-disrupting, patron-inscribed fountains in the newly renamed Koch Plaza. This single act of philanthropy (Vegas fountains and all) would have covered almost 10 years of this iffy admissions policy. It would have spared the Met an additional self-inflicted wound at a time when it can ill afford it, and the Koch family could instead have had its name on the little admission stickers instead of yet another piece of New York City," Saltz writes. The policy, he noted, is riddled with loopholes, most notably because the museum will allow people who "forget" their ID entry into the museum — but with a warning that they need to bring proper identification the next time they enter.

Mandatory admission for visitors from outside New York State will match the current suggested admissions prices: $25 for adults, $17 for seniors, and $12 for students. Admission for all children under 12 will remain free and visitors who pay the $25 admission fee will have their tickets honored for three consecutive days and will be able to visit any of the Met's three locations, including the Met Breuer and the Cloisters.

Our points-obsessed staff uses a plethora of credit cards on a daily basis. If anyone on our team wouldn’t recommend it to a friend or a family member, we wouldn’t recommend it on The Points Guy either. Our opinions are our own, and have not been reviewed, approved, or endorsed by our advertising partners.
See all best card offers
Related stories
Guide
The 8 best destinations to visit in April
Guide
The best credit cards for buying clothes
Deals
Round-trip flights to Austria from the US under $600
Guide
How to turn a 3-day weekend into a proper vacation