A Look at India's Music Scene 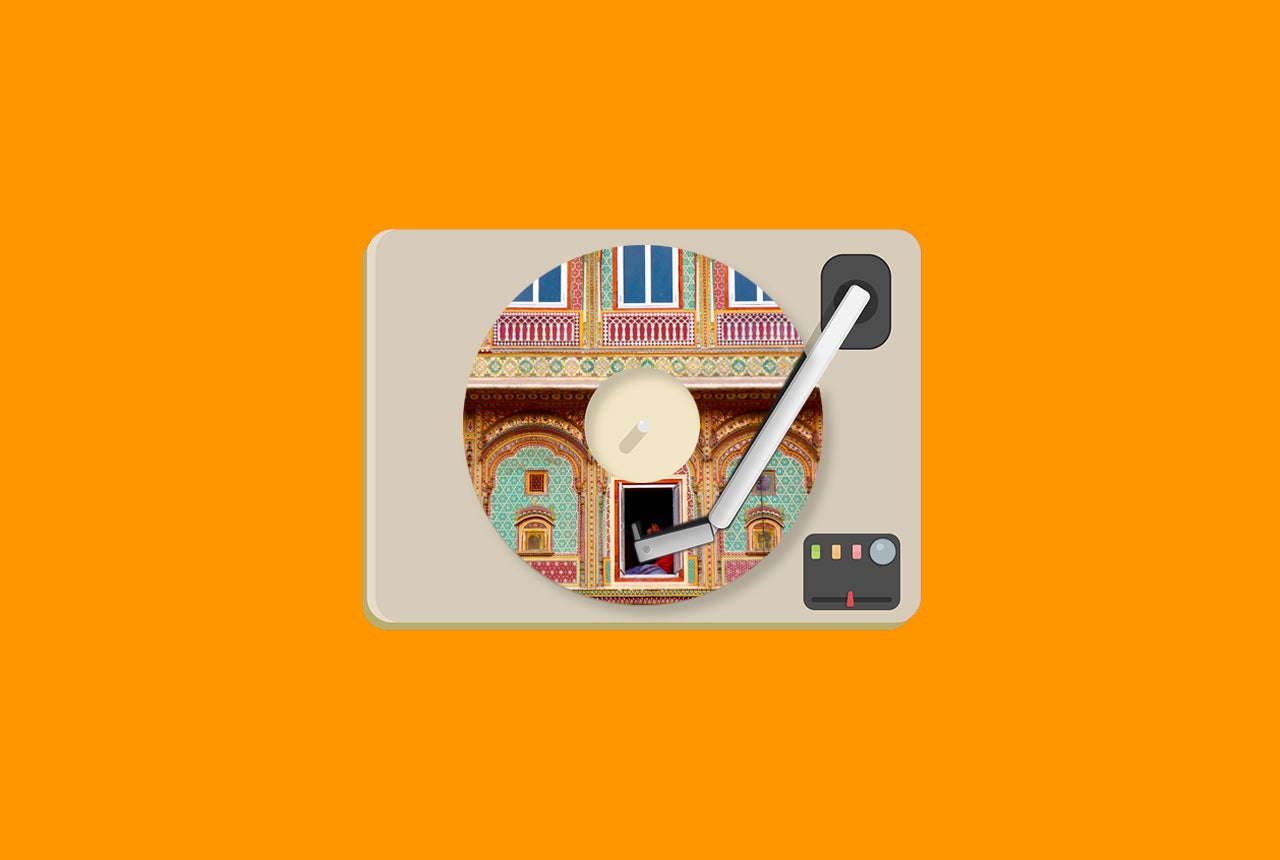 A Look at India's Music Scene
This post contains references to products from one or more of our advertisers. We may receive compensation when you click on links to those products. Terms apply to the offers listed on this page. For an explanation of our Advertising Policy, visit this page.

Today, we take look at India.

"The Maharaj Trio is a traditional band from Varanasi and this is their first venture into electronic music with Nickodemus. DJ Rekha holds the flag for Punjabi Music in this country, so I chose a nice Bhangra tune from her album. Red Baraat is an Indian brass band out of New York City that gets any party dancing, and Jawaab just represents that deep in Queens sound I love — that endless flow of new music from India." — Nickodemus

Countless centuries of history play a larger role in the music of the subcontinent of India than in arguably any other culture on Earth. It's as if the modern rockers and dancehall DJs of today's Rajasthani music festivals are being accompanied by their ghostly, thousands-year-old forebears, melding electricity-fueled guitar riffs and pumping beats with the twangy soulfulness that float out of finely crafted instruments formed from handcrafted wood and ages of accumulated wisdom and artisanship.

It makes sense when you're dealing with a place as ancient and storied as this one: Music has always been ingrained in India’s culture, with musical instruments found at archaeological digs dating back as early as 2500 BC. And cave drawings in central India depict even older dancers and what could be musical instruments —some 10,000 or 20,000 years older. Considering the millennia that have passed since then, it's no surprise that Indian music has evolved, from folk and early classical to pop, rock and electronic music.

What makes Indian music so unique is the number of instruments and subgenres that originate from the country. India is credited for popularizing instruments like the sitar, sarod, sarangi and tabla, to name just a few. The sitar, a four-foot-long stringed instrument with metal frets and a long neck, is the most globally well-known, thanks to one Indian musician in particular: Ravi Shankar.

Shankar inspired Beatle George Harrison, who used a sitar on the original recording the group’s hit song “Norwegian Wood (This Bird Has Flown)” in 1965, and Shankar gained worldwide acclaim on his own after performances at the 1967 Monterey Pop Festival and at Woodstock. The composer and pioneer earned five Grammy Awards and an Academy Award nomination for Best Original Score for the 1983 film Gandhi.

The sarod, sarangi and tabla are other notable instruments to come out of India. The sarod and sarangi are both stringed instruments used in Hindustani music, similar to the sitar, though the former is played like a guitar (plucked), while the latter is played with a bow. The tabla is a pair of small drums, each with different pitch to allow for multiple sounds. Hindustani music is one of the most popular types of music in India, especially in the northern part of the country. The genre dates back to the 13th century and combines Arab and Persian influences that merged with Hindu traditions.

Today, the music of India isn't just a choice between eons-old folk and Bollywood dance numbers. Like the Western bands of the '60s borrowed from Indian classical and folk music, Indian musicians learned from American and European performers. The rock and metal scenes, though not nearly as pervasive as the movie-inflected Indian pop scene, has been growing over the last few decades, thanks in no small part to the introduction of music-oriented TV channels and bands like Parikrama, Coshish, Still Waters and Underground Authority. In turn, hip-hop names like Brodha V, Divine and Naezy are helping slowly convince mainstream Indian culture that the genre isn't one to be looked down upon.

India’s musical traditions in classical and folk helped pave the way for rock, pop and electronic artists to break out in the contemporary mainstream. Notable Indian acts such as Sunidhi Chauhan, Parikrama and Euphoria would not be as popular in India had it not been for the influence of early classical Indian artists.

The growing popular music scene in India has helped launch a number of music festivals around the country, including Ragasthan and the Ola Sunburn Festival. Ragasthan is a three-day music and arts camping festival in the desert outside the gorgeous, otherworldly fortress city of Jaisalmer in Rajasthan. The festival, held in February, features pop, rock and electronic artists. The Ola Sunburn Festival centers around India’s electronic dance music scene. Billing by many as Asia’s biggest dance festival, Ola Sunburn will celebrate its 12th year this December. It has featured an array of big-name artists, including Martin Garrix, DJ Snake and Clean Bandit.

So download out playlists, take a deep breath, and let the soothing strumming of a sitar take you on a journey that spans millennia. Your ears and your soul will be engage on a spiritual transformation that's even better than bathing in the Ganges.