The View from Above: 17 Great Reader Photos From Planes in 2017 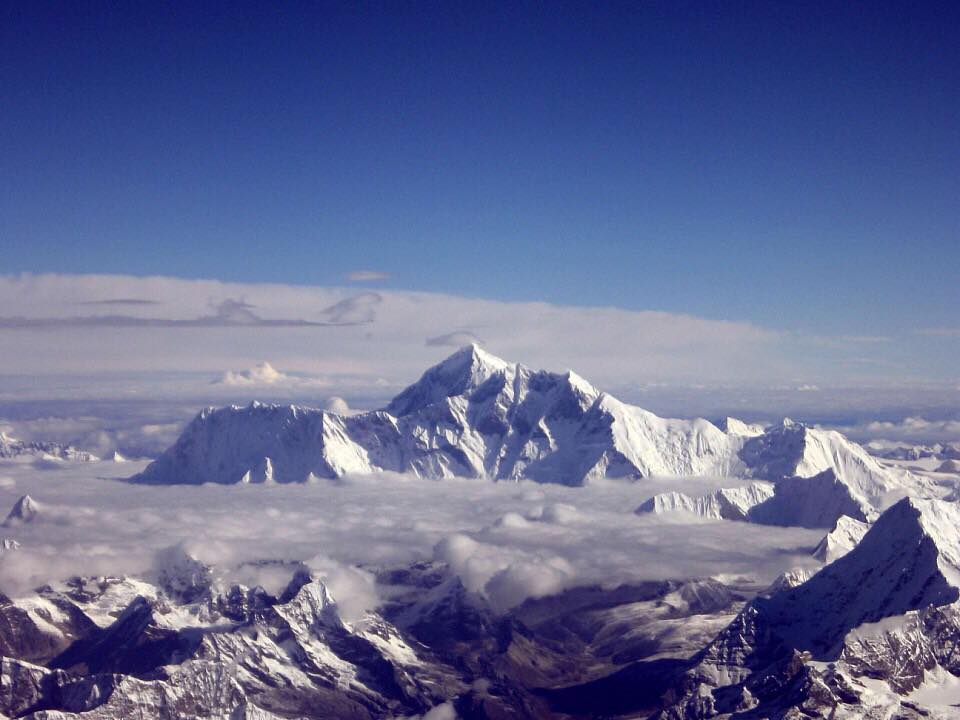 The View from Above: 17 Great Reader Photos From Planes in 2017
This post contains references to products from one or more of our advertisers. We may receive compensation when you click on links to those products. Terms apply to the offers listed on this page. For an explanation of our Advertising Policy, visit this page.

For some travelers, flying isn't exactly a great pleasure. But for us at TPG, it's an amazing source of entertainment. We think a window seat is — for the most part — as good an inflight entertainment system as the screens built into the seat in front of you, and we're often in awe of a view not seen by mankind until just last century.

We had a feeling many of readers would agree.

Late last month, we asked the TPG Lounge community to share their favorite photos taken from a plane. In the post, we explained that some of our favorites would be featured in a post this month. We asked readers to include a brief caption to provide context, and to include their Instagram handle if they have one. Other than that, we left it open ended since we knew we'd be in for a treat. Within 24 hours, we had over 700 submissions from TPG readers, taken from all over the world. Due to the clear popularity, we'll definitely be doing this again.

So, in the spirit of 2017, we present, in no particular order, our 17 favorite photos taken by the TPG community.

And remember, these are just some of our favorites: there were many, many others that blew us away. Check them all out here.

1. Mt. Taranaki, located on the west coast of New Zealand's North Island. The mountain, topping out at 8,261 feet, is one of the country's active stratovolcanos. This jaw-dropping photo was taken by reader Michael Roth on an Air New Zealand flight from Auckland (AKL) to Wellington (WLG).

2. Downtown Los Angeles, taken on approach to LAX from Dubai International (DXB) on one of Emirates' A380s. We loved the composition on this one, and after a 16-hour flight in economy, no matter how good we know the Emirates ICE in flight entertainment is, the LA skyline has got to be one heck of a sight to see. Taken by TPG reader Thomas Cooper.

3. Dubai International Airport (DXB). As an AvGeek, this has to be one of my favorites of the lot, as with a bird's eye view, we peer down on the world's busiest airport by international passenger traffic. Notice the main terminal buildings, including the A380-only concourse A, and, of course the active traffic (can you identify the plane on the runway?). Taken by TPG reader Toby Ghose on the way from Delhi (DEL) to Doha (DOH). And yes, this was taken before airspace restrictions due to a diplomatic crisis would bar Qatari flights bound for Doha from overflying the United Arab Emirates.

4. Sunrise over the North Cascade Mountains, en route from Hong Kong (HKG) to Chicago (ORD). Based on the color of the mammoth GE90-115B engine and the raked wingtip, this is a Cathay Pacific Boeing 777-300ER. Watching the sunrise thousands of feet above snowcapped mountains in the luxury of — based on the photo — Cathay Pacific business class is a personal goal of mine, and an experience I hope is as inspiring as the one depicted here. Taken by TPG reader Jonathan Shih.

6. Turning onto final approach in Hong Kong (HKG). A stunning photo taken onboard a United 777-300ER with a view of Hong Kong's famous skyline and surrounding terrain. Taken by TPG reader Timothy Kuryak.

7. Zipping out of Male (MLE) on the way to the Gan Islands in the Maldives. Filters aside, we love the view of the super-dense city of Male below. A trip to the Maldives will likely involve your taking a similar prop plane of out Male airport and towards whichever atoll you've chosen to stay in. We'd recommend the St. Regis. Taken by TPG reader Ahmed Ijaz.

8. Mt. Everest, Nepal. This may be our single favorite shot of them all. A stunning view of the world's mightiest mountain. Shown here are both Everest itself, the 29,028 ft summit in the center of the image, and 27,940 ft Lhotse immediately to the right in the image, the fourth-highest mountain in the world. It's not easy to get to Everest, but if you make the trek, you'll likely end up going through Tenzing-Hillary (aka Lukla) Airport (LUA), an airport famous for its high-stakes take off and landings. Taken by TPG reader Shoshana Suzanne Schiller.

9. The Chicago Loop. Those familiar with flying in and out of O'Hare (ORD) will recognize this stunning Chicago cityscape. It's a classic shot of downtown Chicago — The Loop — taken after departure from the Midwest mega-hub. Views of Millennium Park, Willis Tower, the John Hancock Center, and the vast Lake Michigan are all crystal clear here. Be sure to sit on the left-side window next time your travels take you out of ORD! Taken by TPG reader Noah H. Silverman, captured last month.

10. The Grey Glacier, southern Chile. This remarkable ice structure sits far down the South American continent in remote Patagonia. On a flight between Santiago (SCL) and Puerto Natales, reader Buttons Blonde snapped this jaw-dropping picture while passing over the Torres del Paine national park. As far south as it may be, the glacier has too shrunken due to the ongoing effects of climate change; just last month a sizable chunk floated off downriver. With that said, Patagonia offers some of the most extreme landscapes on earth, and we highly recommend a visit to anyone who can get themselves down there.

11. Departing Maui (OGG) for Molokai (MKK). This past July, on an intra island flight, TPG reader Virginia Thiel snapped this spectacular view of the awesome Maui coastline, complete with what makes Hawaii so dreamy: mountainous terrain and deep blue water. In fact, when she saw this photo, Jessica, our director of video, was so impressed she made it her computer background. Well done, Virginia.

12. Lower Manhattan, Brooklyn Heights and Jersey City at sunrise. For veteran window-seat passengers, this is another classic photo of a major US city skyline taken on approach. If there's any benefit in flying into Laguardia (LGA), it's the view on arrival. When winds are from the North, those on the left side of the plane will get an unobstructed view like this one as the plane flies towards the airport, parallel to Manhattan. We particularly love how the morning rays strike only the skyscrapers in the shot, as the lower-rises await for sunlight of their own. Taken by TPG reader Suzanne Coates Brown.

13. Mt. Hood, Oregon. A common sight for travelers coming in and out of Portland (PDX), Mt. Hood sits about 85 miles outside of the city and tops off at 11,250 feet. If you're nearby, be sure to stop by the famous Timberline Lodge, even in summer. Taken by TPG reader Beau Sorensen on what appears to be a Delta aircraft.

14. Beirut, Lebanon. Another case of "be on the left side of the airplane." Passengers seated at a port-side window will catch a gorgeous glimpse of the storied city on approach to its airport. This photo, taken by TPG reader George Abboud on an MEA A330, showcases winter afternoon sunlight on this Middle Eastern beauty.

15. San Francisco, California. TPG reader John Pherrin was headed to LAX from Tokyo (NRT) on an American Airlines Dreamliner in October when he awoke just in time to snap this incredible view of San Francisco. From the Golden Gate Bridge on the right side of the frame to SFO airport on the left, you can see just about the entire city here. Taken from seat 1L.

16. Outside of Reykjavík, Iceland. With all of the deals we see to Iceland, we had to include TPG reader Melissa Wiley's photo from departure out of Reykjavík–Keflavík Airport (KEF). The stunning landscape of the island is made apparent even in this brief moment in time as her WOW Air flight rockets home from the volcanic island. Oh yeah, and believe the hype, Iceland is as gorgeous as they say.

17. Sunrise, somewhere over China. Taken over what looks to be water, this shot speaks for itself. Many say sunsets look best from the water, I say they look even better from the window. Taken by TPG reader Ijaaz Premji.