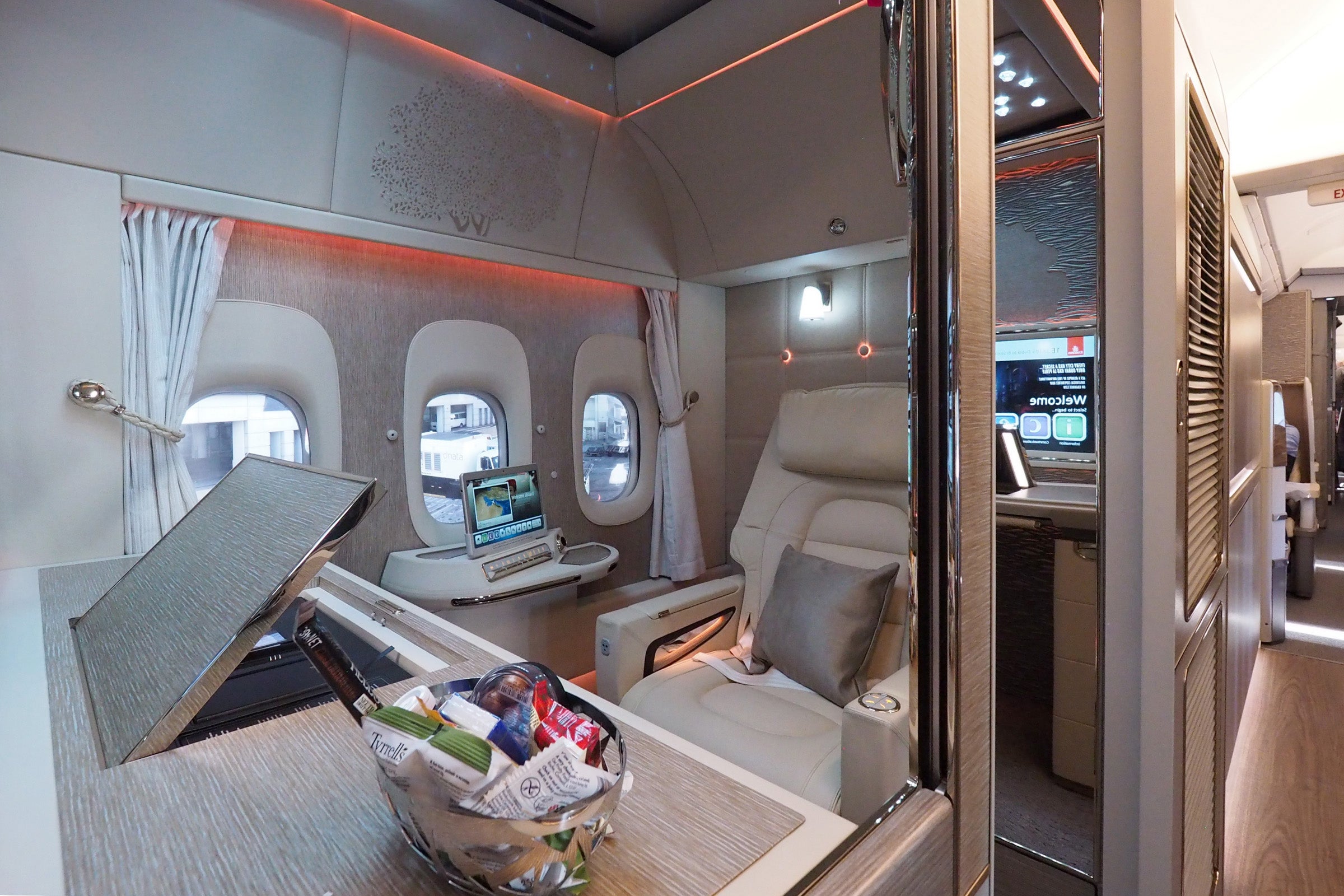 The Future of SPG, Emirates' New First Class Suite, December Valuations and More
This post contains references to products from one or more of our advertisers. We may receive compensation when you click on links to those products. Terms apply to the offers listed on this page. For an explanation of our Advertising Policy, visit this page.

This week, Marriott announced that it had signed deals for co-branded credit cards with both Chase and American Express. Get TPG's take on what those deals mean not only for your wallet, but the future of the Starwood Preferred Guest program.

TPG Editor-at-Large Zach Honig is no stranger to the world's top first-class products. But, after he flew Emirates' new first-class suite during its inaugural flight from Dubai (DXB) to Brussels (BRU), he was blown away — find out why in his full review.

What Are Points & Miles Worth? December 2017 Monthly Valuations

TPG's monthly valuations for December 2017 are here — find out what your points and miles are worth this month.

Basic Economy Flyers Are Using Overhead Bins — But Should They?

With basic economy becoming the new normal in the airline industry, new problems and pain points are arising among passengers — one of the most controversial is BE passengers using the overhead bins, which they aren't supposed to do. See what TPG readers have to say about this controversial issue.

American Airlines has been scrambling all week to fix its potentially severe pilot shortage it was facing over the holidays. The airline's been successful in its efforts to remedy the situation — but it hasn't come cheap.

Here's the Best Free Upgrade Any American Airlines Elite Can Get

Here's the best upgrade you can score as an AA elite — no matter your tier. Read to find out how you, too, can score one of these coveted upgrades.

Delta and low-cost Canadian carrier WestJet announced this week that they have partnered to form a joint venture which will increase the number of options passengers have for travel between the US and Canada.

Which Airline is Best on Each Shuttle Route?

Here's a full comparison of airlines that fly shuttle routes in terms of cost, equipment and on-time performance — which carrier is best for you?

Earlier this week, President Trump signed an order that officially recognized Jerusalem as the capital of Israel. The State Department issued a travel advisory for Americans in the region soon after in anticipation of increased unrest and violence.

Book by December 17, 2017 to score a 50% discount when you book award tickets on select flights with Avios on British Airways. You must be originating in London and travel between January 4 and June 30, 2018. Note, too, that you'll still have to pay BA's exorbitant taxes and surcharges on your award ticket.