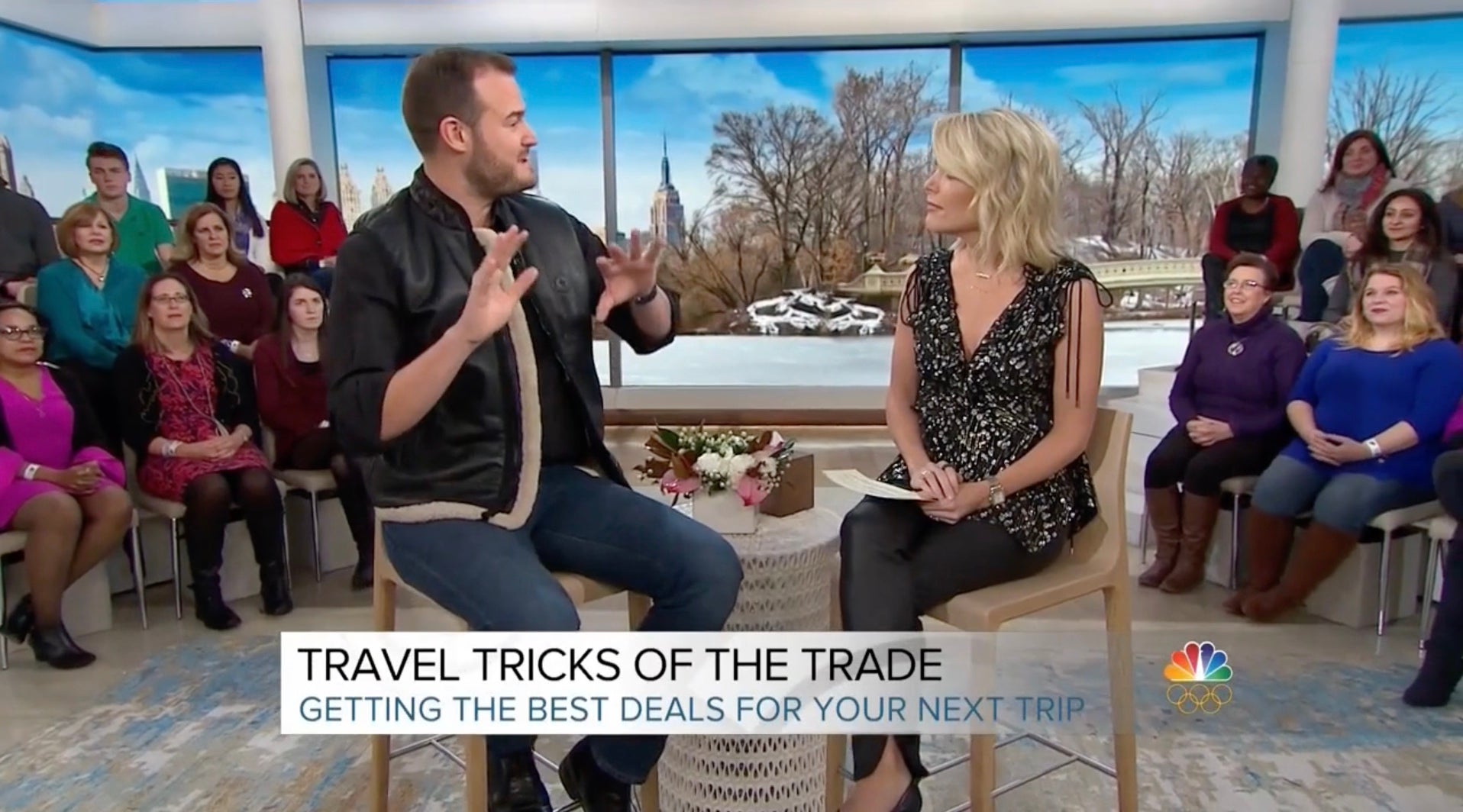 TPG on 'Today,' Chrissy Teigen's Hilarious Tweets of a LAX-LAX Flight, United Refutes 'Bumped Passenger and More
This post contains references to products from one or more of our advertisers. We may receive compensation when you click on links to those products. Terms apply to the offers listed on this page. For an explanation of our Advertising Policy, visit this page.

TPG sat down with NBC's Megyn Kelly on the 'Today Show' to share his best tips for using your points and miles as well as saving as much cash as possible in the new year. Check out the full segment here.

A Tokyo-bound ANA flight turned around four hours after takeoff when the crew realized one of the passengers was on the wrong flight. Celeb couple Chrissy Teigen and John Legend were on board the flight and Teigen hilariously tweeted live updates the flight from LAX-LAX.

A woman claimed United bumped her from her first class seat so that a Congresswoman could sit there. The airline confirmed with TPG that the woman had cancelled her flight, either on purpose or by mistake, via the United app, before the Congresswoman sat in the seat in question.

Washington, DC residents have been turned away by TSA officers saying that their IDs are not valid. A DC Congresswoman penned an open letter to TSA alerting them that her city's IDs are valid and they should not have any problems at security.

In the recent past, users of AA's award program have had difficulty redeeming their miles for flights. Now, the airline is making more seats available, but there's a catch.

The US Is Changing How It Tells Travelers About Dangerous Countries

The State Department is switching to a color-coded system to alert American travelers which places are safe to travel to beginning January 10, 2018. Countries will be categorized from Level 1 (safe to visit) to Level 4 (encouraging Americans to not visit).

There are a handful of US states that are not compliant with TSA's REAL ID Act. In a recent announcement from a TSA spokesperson, states that were granted an extension to fully comply with the regulations can use IDs until October 11, 2018 while states that are already compliant can use their proper IDs until 2020.

In case you missed it, Alaska Airlines and American Airlines are breaking up. After 18 years together, the two formerly close partners are deciding to go their separate ways. While there’s nothing that you can do to save the relationship, there are three actions points/miles enthusiasts and airline elites should consider before the changes kick in on January 1, 2018.

One great perk that travelers should take advantage of if flying British Airways is the cash discount you'll receive if you're an AARP member. However, you'll notice on the discount page that the discount no longer is valid for BA's premium economy product.