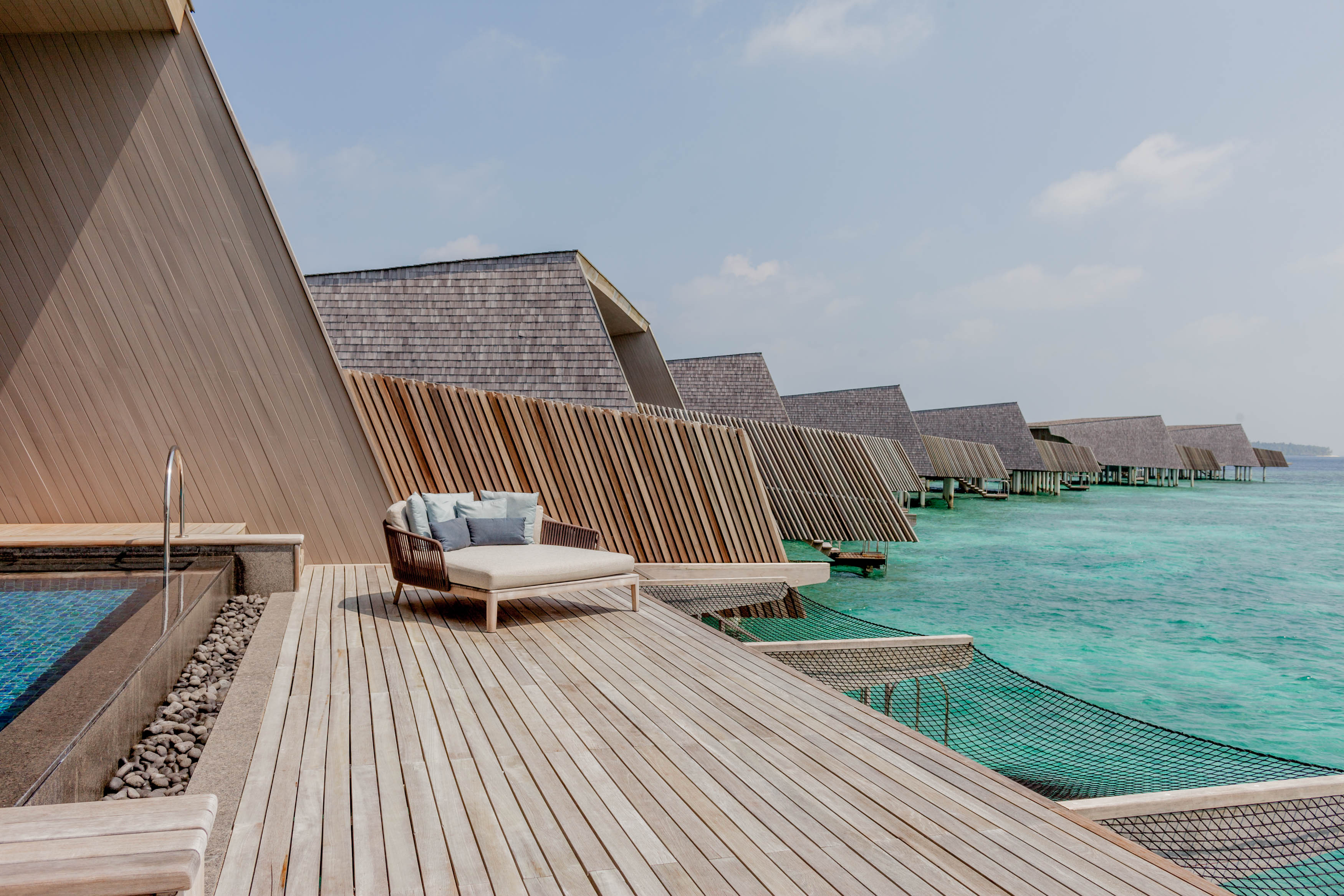 11 Things I'd Like to See in a Super-Premium Marriott Card
This post contains references to products from one or more of our advertisers. We may receive compensation when you click on links to those products. Terms apply to the offers listed on this page. For an explanation of our Advertising Policy, visit this page.

This summer, TPG and I met with David Flueck, the head of the combined Marriott/Starwood Preferred Guest program. The key takeaway was that it would be business as usual for both Marriott Rewards and SPG through 2018, but that we'd be hearing more about the chain's credit card plans by the end of 2017. Those details finally arrived on Tuesday.

Currently, the combined chain offers the following cards — the Marriott cards are issued by Chase, while SPG's offerings are from Amex:

Long-term, it's not entirely clear what will happen to the current card lineup, but we do know that Marriott plans to introduce new cards issued by both Amex and Chase, including what American Express is describing as "super-premium consumer and small business co-branded products."

Typically the term "super-premium" implies a substantial annual fee, such as the $450 you'll pay for Chase Sapphire Reserve or The Ritz-Carlton Rewards Credit Card, or the $550 required with The Platinum Card® from American Express (see rates & fees). I wouldn't expect such a high fee for a co-branded card, however $450 wouldn't be out of the question depending on what perks are included — after all, that's the fee for the current Ritz card, which also falls under the Marriott umbrella. That amount would also be in line with the upcoming Amex Hilton Honors Aspire Card from American Express.

So, assuming that this yet-to-be-released "super-premium" offering commands a significant annual fee, it's reasonable to expect some serious perks. And, naturally, I have a wish list in mind. Some of these might be a bit far-fetched, sure, but I wouldn't be surprised to see at least a few of these benefits make the final cut. So, here's what I hope to see — in addition to a substantial welcome bonus, of course.

You really can't have a $450 fee card and not offer Priority Pass these days — assuming Marriott's new offering does come along with a high fee, it'll almost certainly come with Priority Pass, too. Of course there's a decent chance that potential cardholders will already have access through another premium card, but $450 fees add up — if you're only signing up for one card, and you fly overseas often, make sure Priority Pass is an included perk.

Current SPG members with the Starwood Preferred Guest Business Credit Card from American Express can get access to Sheraton Club lounges on all stays that are eligible to earn Starpoints (plus free night awards) — that's a pretty sweet perk. Ideally, this will remain, and would even be extended to all lounges in the Marriott portfolio for premium cardholders, including those at Ritz-Carlton hotels.

If #2 doesn't pan out, I'd at least like to see Marriott offer a fixed number of club floor upgrades, just as it does for Ritz cardholders today. Ideally, these should be valid at any property with a club floor, and on all booking types, including free nights and points awards.

This is currently a benefit of the Marriott Rewards Premier Credit Card — cardholders get a certificate valid for any Category 1-5 Marriott hotel on their billing year anniversary — so it would be odd for Marriott to not offer it with a new premium card. I just hope it's a bit more flexible — finding a Category 5 or below property that I actually want to book has proved to be a challenge.

An airline fee credit might seem like an odd fit for a hotel card, but Hilton's new Aspire card will offer it, so Marriott may feel the need to follow suit. Ideally, this wouldn't be limited to one specific airline, and would be applied automatically, rather than by calling or messaging an agent, as you currently have to do with the Ritz card.

Ugh. Resort fees are the worst, especially when they're applied at hotels that don't offer resort amenities, such as the Hyatt Centric in Hawaii. While it might be a tough sell to member hotels, offering a waived resort fee could add tremendous value to this new premium card — even if it's only available on award stays.

Officially Marriott doesn't have blackout dates, at least not in the traditional sense. Here's how the chain explains its current policy:

Our no blackout dates policy means you can redeem your rewards for a vacation wherever you want, whenever you want. Please note that some hotels may limit the number of standard rooms available for redemption on a limited number of days.

I've found that some hotels significantly limit award space on certain dates, though, so even though awards may have been available at one point, only a small percentage of base rooms were made available on points. Starwood's policy is much more generous — if there's a base room available, you can book it with points.

Hopefully Marriott will adopt the SPG model, but if not, this should at the very least be available to premium cardholders.

SPG Platinum members already receive complimentary continental breakfast when staying at hotels in the Starwood portfolio, and hopefully this remains as a top-tier elite benefit if the programs merge as expected in 2019. Even better, I think Marriott should offer free breakfast to "super-premium" cardholders, including a full buffet at the hotel's main restaurant.

This one's a long shot, since it's going to be a challenge to implement across such a wide portfolio, but it'd be great to see cardholders have access to a complimentary activity with each award stay, be it tickets to a show or a city bus tour. Wyndham offers something similar to its Diamond members when traveling on points, which makes the program even more rewarding for the chain's most loyal members.

The Citi Prestige Card's 4th Night Free program is hands-down the most valuable credit card perk in my book, offering a rebate equal to the nightly average when you book a stay of four nights or longer directly through Citi. Hotel commissions help to fund this benefit, and if Marriott offers something similar with a direct-booking requirement, it could pass the commission savings directly to consumers, while adding tremendous value to its premium card. It'll also incentivize cardholders to book within the chain, since the free fourth night could make Marriott stays more affordable than those at a competing property.

While a "super-premium" Marriott card will have limited appeal compared to its low-fee alternatives, it's great to have the option to add an especially rewarding option to your credit card mix. I imagine Marriott's going to come out strong right out of the gate, since the chain will want to grow its cardmember base as quickly as possible — and while a significant sign-up bonus can be expected, at least initially, offering solid perks will go a long way toward boosting demand, too.

What benefits would you like to see from a "super-premium" Marriott card?