Articles
Jordi Lippe-McGraw is a writer covering travel, family, food and wellness for outlets like Conde Nast Traveler, Travel + Leisure, the New York Times, Forbes, and more. She has traveled to more than 30 countries on all 7 continents (including Antarctica at 5 months pregnant) and is an avid puppy, penguin, and truffle lover.
Follow
Dec. 10, 2017
•
4 min read 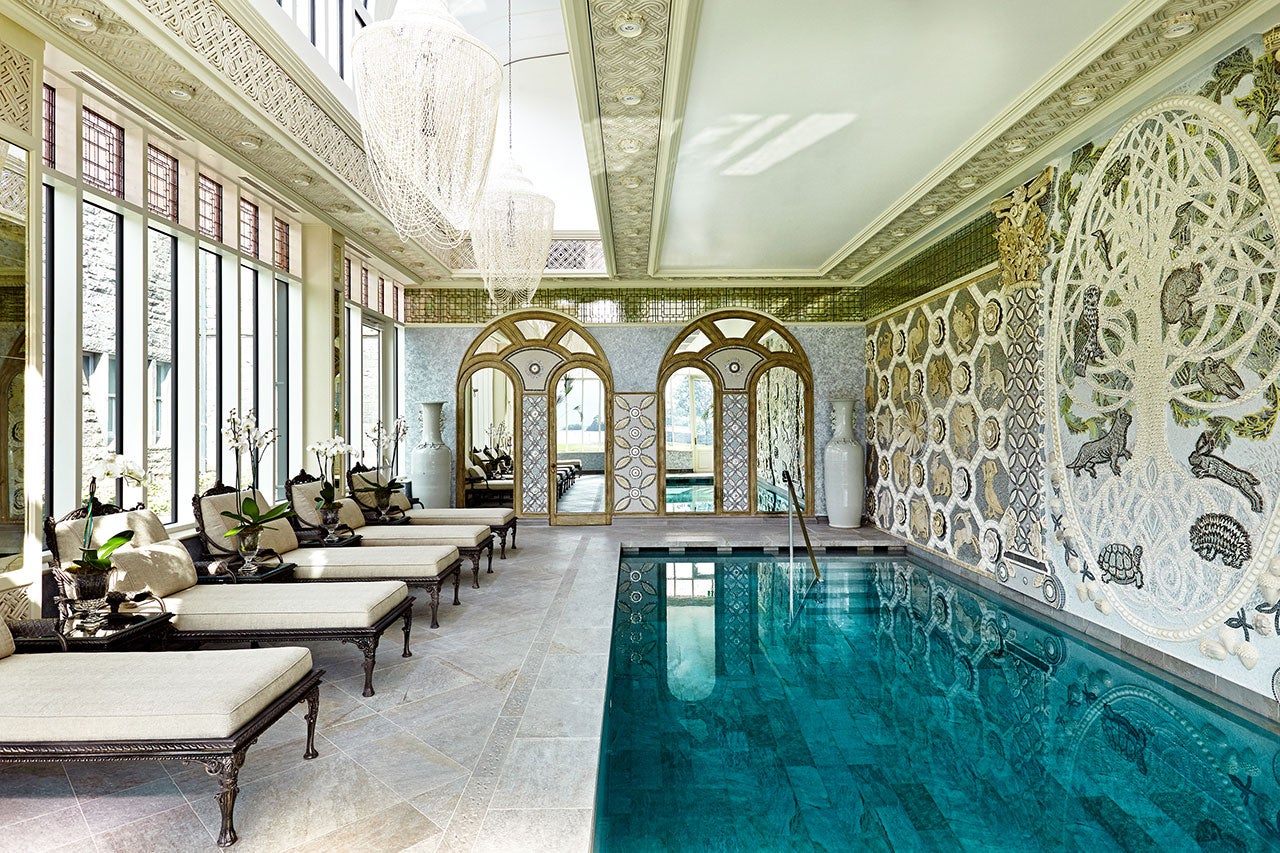 Europe’s Most Luxurious Indoor Hotel Pools
This post contains references to products from one or more of our advertisers. We may receive compensation when you click on links to those products. Terms apply to the offers listed on this page. For an explanation of our Advertising Policy, visit this page.

When you think of hotel swimming pools, tropical destinations with fruity drinks usually come to mind first. There’s nothing better than cooling off beneath the swaying palm trees, right? That is, until you're smack dab in the middle of the Swiss Alps or Tuscan wine country.

Thanks to a spate of stunning hotel indoor pools, travelers to Europe this winter don't need to skip their dip. Below, 10 of the most luxurious:

The newly renovated "White Lady”, as the 1755 hotel is known, has a subterranean swimming pool — in fact, the only pool in Copenhagen's city center. Why? A century ago, when public bathing was the norm, most homes in the city center didn't have private bathrooms. As buildings were renovated over the years and private bathrooms became increasingly standard, the last of the public baths closed in Copenhagen in 2010. D’Angleterre’s pool remained.

You’ll get a taste of Greece in the heart of Germany at this historic five-star hotel. Located just opposite the iconic Brandenburg Gate in Berlin, the indoor pool measures 20 by 36 feet and is part of the 9,000-square-foot Adlon Spa by Resense. The décor features stone lions’ heads, columns and Greek goddesses.

Housed in a former 1913 royal villa and adored by famous guests like Queen Elizabeth II and Elizabeth Taylor, Hotel Excelsior is one of the most lavish hotels on the Adriatic and steps away from the UNESCO Old City of Dubrovnik. Located on the ground floor, below a tranquil spa and fitness center, is an indoor infinity pool situated next to wall-to-wall glass doors that open to views of the Adriatic Sea just beyond.

Il Castelfalfi, which opened in April, is part of the Toscana Resort Castelfalfi, a 27,000-acre development 40 minutes outside Pisa. Even when it's chilly, you can float in the secluded pool while overlooking the rolling hills of Tuscan wine country. After your swim, be sure to relax in the nearby salt and ice cave.

6. One Aldwych in London, England

Though it's nestled in London's bustling Covent Garden district, The Aldwych's 59-foot chlorine-free swimming pool is truly a hidden gem. There's even an underwater music system, which means you can listen to soothing tunes while doing laps in a softly mood-lit room.

Everything about the pool at the lovely and delightful InterContinental Grand Hotel de Bordeaux exudes drama, from the two-story red-and-black columns to the golden statues lining the water. But it's he waterfalls and European art that really bring things over the top. Once you get tired of relaxing, you can adjust the current speed to suit your endurance for laps.

The pool at this Swiss hotel is surrounded by floor-to-ceiling windows that overlook the Alps. That means you can take a picturesque dip in the middle of winter while soaking in views of the stunning snowcapped mountains.

9. The Westin in Valencia, Spain

The indoor pool at the Westin Valencia measures 25 square meters (about 270 square feet), and it’s not just pretty to look at: ionized saltwater makes it therapeutic too. It's also elegantly designed and furnished with comfy lounge chairs, making it a pretty great place to relax in the heart of the Mediterranean city.

The super-sleek 60-foot-long pool is the epitome of modern design: There’s nothing surrounding the water except for pale-wood walls, an off-white arched roof and several Viabizzuno crystal chandeliers.