Earning SPG Platinum Status on the Cheap and Easy

Articles
Summer Hull , aka Mommy Points, ran the Mommy Points site for families who want to travel more for less using miles and points for seven years. She now heads up a variety of special projects at TPG when she isn't exploring the world with her own two girls.
Follow
Dec. 07, 2017
•
7 min read 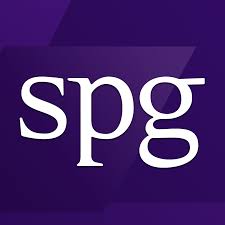 Earning SPG Platinum Status on the Cheap and Easy
This post contains references to products from one or more of our advertisers. We may receive compensation when you click on links to those products. Terms apply to the offers listed on this page. For an explanation of our Advertising Policy, visit this page.

It's been a good long while since I went out of my way to earn elite status. I mean, elite status comes into play when making some of my travel decisions, but rarely is it the only consideration in making a booking. However, for every rule there are exceptions, and when Starwood targeted me for a double stay credit promo, the fact that I only had 4 of the needed 25 annual stays to earn SPG Platinum status with less than three months to go in the year became a minor issue instead of the usual non-moveable roadblock. I had a few stays already on the books, a few that I could easily shift to SPG, and then some I would need to create out of thin air.

Throw in the Amex Offers I had on multiple Amex cards that essentially saved us 20% on the cash part of this 'status hunt' and the math became pretty favorable. So, as of today, I am officially the world's newest (and possibly least valuable) SPG Platinum member.

The reason we went for Starwood status was purely because of anticipated Starwood travel from now through early 2019, when the status will expire. Status is only worth what you get out of it and because of some planned longer award trips to some pricey SPG resorts during that timeframe such as Westin Whistler, Hotel Talisa in Vail, Westin Grand Cayman, Westin Snowmass, and more, there is a lot of value I think our family will get from having SPG Platinum status. Having SPG Platinum also unlocks Marriott Platinum, and if I didn't already have United Silver status, it would unlock that door as well through having Marriott Platinum.

While some chains have moved away from allowing you to qualify for elite status based on stays instead of nights, for me, it is always easier qualifying based on a lower number of stays (aka check-ins). It does result in sometimes changing hotels every night to trigger a new "stay" as you can't check out and back in to the same hotel on the same day and expect it to count twice, but hopping hotels is easier (er, cheaper) for me than racking up lots of nights. Had I wanted to earn SPG Platinum status via nights, I would have needed 50. When I decided to go for SPG Platinum status I was at just four stays for the year (two of which came from just having the co-branded SPG card and two of which were award stays), and needed to get to 25 stays before the end of December. Here's how we got it done in less than two months on the cheap and easy.

We do have one more planned SPG stay before this year ends at the Westin Whistler, but I wanted Platinum status before that stay so we can enjoy Platinum perks like included breakfast for at least Josh and me, and maybe a small upgrade out of our bottom of the barrel room booked on points. Technically suites are in play for complimentary SPG upgrades, but during peak season I'm not holding my breath for too much in that department. Based on a previous visit to that property, I know how valuable free breakfast even for just the two of us will be as things get pricey in a hurry. Last time we were there, kids under 5 ate for free in the hotel restaurant, so fingers crossed that is still the case.

What helped get this quest to Platinum status done in a relatively reasonable manner was obviously first and foremost the targeted double stays promo. It wouldn't have happened otherwise, end of story. Next, having planned travel, some to one of the cheapest parts of the country in Kansas, was a key piece of the puzzle. The fact that award stays count towards status with SPG and you can earn credit for up to three rooms at once was also very important. The well-timed Starwood Amex Offer didn't hurt either, nor did getting two freebies stay credits just by having the Starwood Preferred Guest® Business Credit Card. If I also had the consumer Starwood Preferred Guest® Credit Card, I would have had a total of four stays credits in my account before I even did anything.

I don't recommend most families go out there and chase elite status by doing what we did, but when the promos, planned travel, and math work out in your favor, I do think it is on rare occasion worth considering. Josh had SPG Platinum status a few years ago, but it has been a couple years since we had that tool in our bag of travel tricks, so I'm happy to have it back and will keep you posted as having it (hopefully) helps us save money and score upgrades for the next 14 months.

Related stories
Is the era of amazing cruise deals coming to an end?
Credit card fraud: How to spot and report it
8 lessons from 2022 travel meltdowns to use on your holiday trip
Here are the best Black Friday travel deals of 2022

Our points-obsessed staff uses a plethora of credit cards on a daily basis. If anyone on our team wouldn’t recommend it to a friend or a family member, we wouldn’t recommend it on The Points Guy either. Our opinions are our own, and have not been reviewed, approved, or endorsed by our advertising partners.
See all best card offers
Related stories
News
Is the era of amazing cruise deals coming to an end?
Guide
Credit card fraud: How to spot and report it
News
8 lessons from 2022 travel meltdowns to use on your holiday trip
Guide
Here are the best Black Friday travel deals of 2022