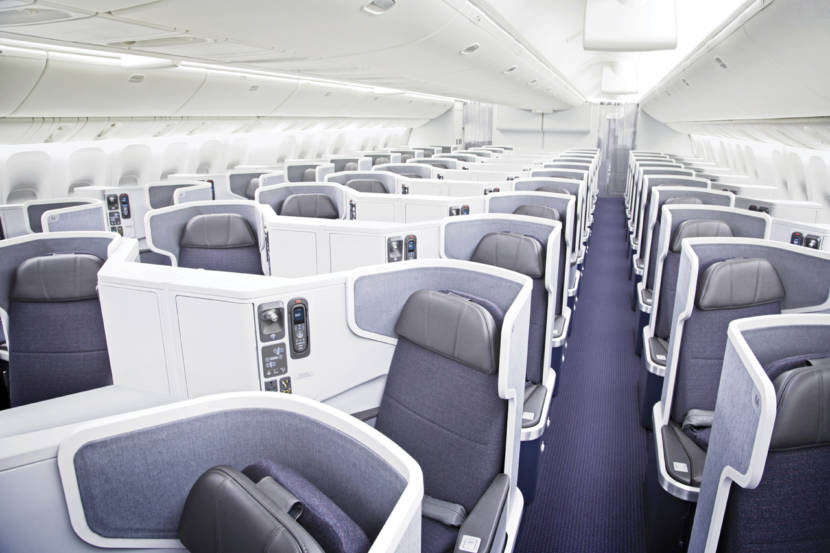 7 Unforgettable Flight Upgrades From 2017
This post contains references to products from one or more of our advertisers. We may receive compensation when you click on links to those products. Terms apply to the offers listed on this page. For an explanation of our Advertising Policy, visit this page.

Plenty of frequent flyers have grumbled about changes to loyalty programs, but there’s still some serious value in sticking with the same airline each time you travel. Free checked bags and priority boarding are valuable benefits, but the ultimate perk is the one that doesn’t always happen: seeing a check mark next to your name on the upgrade requests screen. Throughout 2017, staff members at TPG and frequent contributors managed to score some pretty tremendous moves to the front of the plane. Here’s a look back at some of the most unforgettable upgrades from the past year.

When TPG Editor-at-Large Zach Honig was flying around the world twice in three weeks, he was most likely sitting in first or business class. With Premier 1K status on United, he gets upgraded on nearly all of his flights. On October 7, though, his status paid off for more than himself. He helped five other TPG staff members get upgraded to business class for the cross-country flight to SFO for United Family Day. While the upgrade alone was great news, he and the TPG team also got to enjoy the brand-new Polaris seats on the 777-300ER. Zach’s status had the biggest impact on Samantha. Check out her thoughts on an inaugural experience outside of economy.

By the time you take a seat in economy, it’s fair to assume you won’t be enjoying the elite-level experience, but TPG contributor Eric Goldner enjoyed some last-minute good news: The gate agent came on board to hand him a new boarding pass that moved him from main cabin extra to business-class on an American Airlines A321T. After only paying $241 for his economy seat, this upgrade was especially valuable: The price tag for business class tickets on this route is typically in the $1,100 range, and it made his mileage run in 2016 well worth the extra cost.

While Eric had to wait until takeoff for his upgrade to clear, TPG Points & Miles Writer JT Genter knew well before his trip that he and his wife, Katie, would avoid a cramped economy experience across the Atlantic. With Executive Platinum status on American, he used systemwide upgrades for both legs of this open-jaw trip booked through the Citi Travel Portal for just 24,091 Citi ThankYou Points each. When ExpertFlyer alerted him to upgrade space months before each flight, JT called to get an AAgent to clear the upgrades. The dimming windows, better pressurization and comfort of the B/E Aerospace Super Diamond seats on the new 787-9 Dreamliner made for a top-notch trip from MAD-DFW, but JT said that upgrades aren’t the primary reason for maintaining his status in 2018. Free award flight changes, lounge access and free checked bags are also big motivators.

Frequent TPG contributor Steven Ganeles had already scored a great deal on his trip from Tokyo with a $272 round-trip economy mistake fare (leaving in May and returning in October), but his Gold status helped make his fortune even brighter. He paid $350 each way and cashed in 25,000 miles each way — for tickets that typically cost around $4,500. While domestic upgrades are rare, Steven said that he sees the bump to the front internationally every time he flies.

With Executive Platinum status, TPG contributor Patrick Fallon gets upgraded on most of his domestic tickets, but he was still surprised to see upgrades for himself and a companion clear both ways on the trip from Los Angeles to Kauai due to the insane challenge of getting upgraded on Hawaiian routes. They each cleared around 48 hours prior to departure. Patrick had wisely booked the economy tickets with just 50,000 British Airways Avios after transferring American Express Membership Rewards points with a 40% bonus. The move saved him a lot of miles: If he had booked via AAdvantage, the trip would have required 80,000 AA miles for economy or 160,000 AA miles for a first-class award for two people.

TPG contributor John Harper scores upgrades on approximately three out of every five eligible flights on Delta, but his October flight from San Francisco to New York proved to be an especially unique move. As a number of New York-bound flights were being delayed, he called the Gold customer service line but was forward to the Diamond Desk. He moved his seat on the original, delayed flight to an oversold flight by requesting an operational upgrade to a Delta One seat. With this upgrade and so many more, John says he’s satisfied with his current status and has no plans to try to move up to Platinum Medallion status.

Finally, I’ll share my personal highlight of the year. 2017 was my first full year with elite status on American. As a Platinum member, I had mild luck with upgrades (a Chicago-Palm Springs flight was especially great), but for the most part, my name clocked in somewhere in the teens due to flying frequently traveled business routes like ORD-LGA and ORD-MSP. That luck changed well in advance of a trip to Paris for my wife’s birthday. While we did not get upgraded on the way to France, we knew one month in advance that our return flight would be marked with plenty of complimentary champagne toasts. After a full week of hopping on trains, touring wine country in Bordeaux and celebrating, our exhaustion was rewarded with lie-flat seats on a 787-8 Dreamliner. At a price tag of $700 and 50,000 American Advantage miles ($350 and 25,000 miles for each one-way segment), the experience gave me the itch to get even higher. In fact, I’m writing this from a first-class seat from LGA-ORD in the midst of a year-end mileage run. Fingers crossed that my move to Platinum Pro can make 2018 even more rewarding.

Featured image of business class in a Boeing 777-300 courtesy of American Airlines.