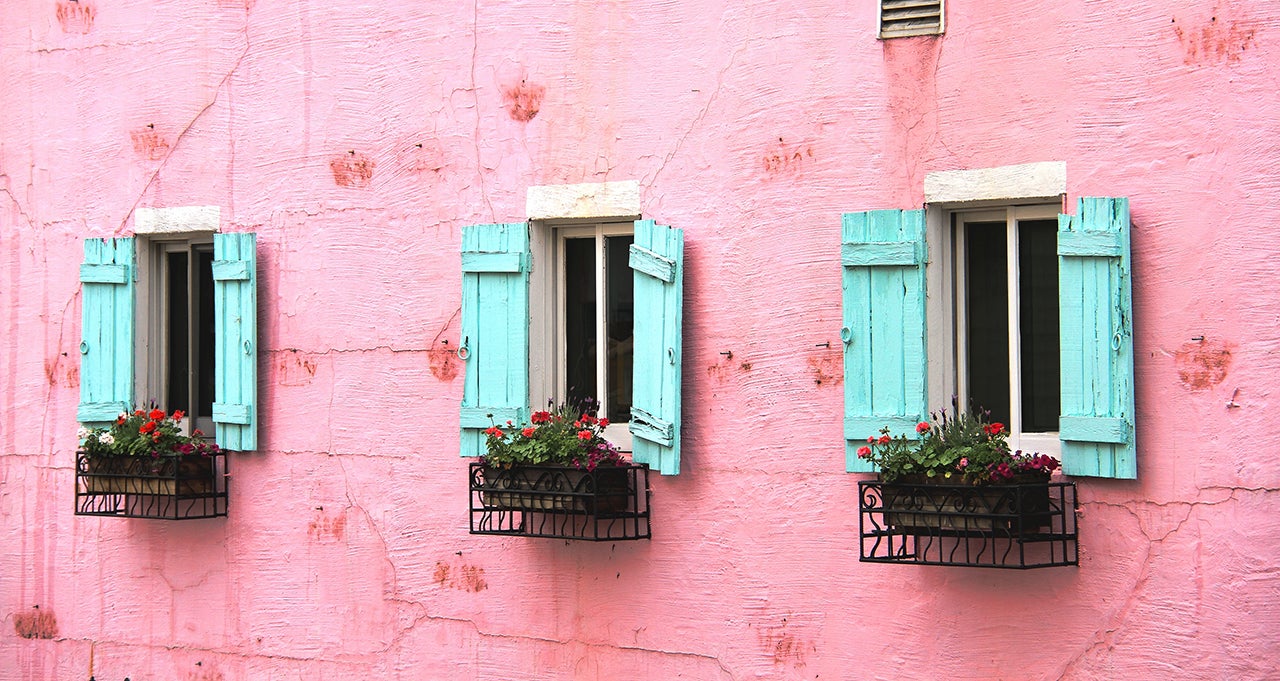 Who wouldn't want to take an Insta-perfect holiday to a quaint European village? Pretty much no one; after all, there's a reason films like Under the Tuscan Sun, Before Sunrise and Midnight in Paris are so popular. But let's face it: The journey of self-discovery amidst cobblestone streets is so popular a fantasy that it's almost become hackneyed at this point. For something a bit more creative, visit one of the villages below, which, despite their European-like charm, are located nowhere near Europe.

Michigan's "Little Bavaria" looks as though it's been plucked straight from an Oktoberfest postcard — even more so during the annual celebration at the end of September. Just 30 minutes north of Flint, the town is known for its cute covered bridges and its Franconian-style architecture, easily recognizable by the timber "X" patterns on the exterior of buildings. The city's German heritage is honored at a number of local restaurants and Frankenmuth Brewery (the oldest in the state) as well as regular festivals like Bavarian Festival, celebrating 60 years in June 2018. Catch an Allegiant flight to Flint and raise a glass of lager.

Pick up a Prada purse or Zegna suit for a steal while strolling through piazzas and palazzos that look like they were designed by Florentine Renaissance architect Filippo Brunelleschi. Florentia Village is part shopping mall, part dining destination and 100 percent Italophile dream. The northern Chinese town features a mix of designer shops and high-end restaurants in a recreation of a 16th-century Italian town, complete with fountains, a small-scale Colosseum and gondola rides, even though Roman amphitheaters and Venetian gondolas have nothing to do with the town's namesake Florence. Snag a flight deal to Beijing; Florentia village is 20 minutes away via high-speed train.

Reach peak hygge without leaving the US in this historic Danish village, located just outside Santa Barbara. Behold traditional Danish–style architecture while soaking up the California sun. Snack on wienerbrod (Danish pastries) and butter cookies at authentic bakeries before visiting the Hans Christian Andersen Museum. Early December is prime time to partake in the annual Julefest, Christmas-themed events. Get a cheap flight to LAX and take a meandering drive up the scenic Pacific Coast Highway.

Sprouting up from the ruins of this former French colonial hillside getaway, Bà Nà Hills Resort has recently been transformed into a classic Gallic village. Surrounded by greenery and occasional mountain mist, this Francophile paradise features an array of French architectural styles, a Gothic cathedral and Le Jardin D'Amour, a complex of 9 gardens. Make sure to ride the 5,801-meter cable car up the lush mountain past trickling waterfalls and streams. Look for an inexpensive flight to Ho Chi Minh City, then jump on a domestic connection to Da Nang.

Like a Little Lisbon across the Rio Plata from Buenos Aires, this idyllic town looks like it was built on the wrong side of the Atlantic. Founded by the Portuguese in 1680, the village has earned itself a spot on UNESCO's World Heritage list for its Old World design, meandering streets and architecture, which is marked by long stone walls, wooden trellises and tiled roofs. Unlike other Latin American cities, Colonia developed around the topographical features of the landscape, rather than the checkerboard grid pattern required by Spain's "Law of the Indies." To get there, grab a nonstop flight to Buenos Aires.

Established in 1839 by a group of Lutherans escaping religious persecution, Hahndorf is Australia's oldest surviving German settlement. With traditional Fachwerk (post-and-beam) buildings and a Gothic-style church with a bell tower imported from Germany, it looks like someone plopped a tiny Deutschland village in the middle of the Outback. The popular Adelaide Hills tourist town still offers plenty of German-inspired cafes, beer halls and businesses. Try to land a cheap flight to Melbourne, then drive, fly or take a train to Adelaide.

Snag hand-painted ceramics, flowers and macarons at this full-fledged Provençal village, filled with pastel-hued, tile-roofed buildings, fountains and grand gardens. The shopping center and tourist destination features around a dozen restaurants — including a European bakery and cafe — as well as shops, galleries and a handmade perfume store. Fly premium economy flight to Seoul; Paju is about a 90-minute drive from the capital.

Avoid the nerds crowds on the Game of Thrones tours with a trip to this Winterfell-like town. Downtown Cambridge (formerly Galt) is remarkably reminiscent of a Northern village in the series — or some Medieval escape — with an abundance of single-story stone cottages, quaint bowstring arch bridge and Middle Ages-inspired Gothic-style architecture. And it's just an hour away from Toronto.

Related stories
Should you buy Marriott points with a 50% bonus?
5 secrets to getting a luxury cruise for less
Deal alert: Widespread Air Tahiti business class award space to French Polynesia
This no-annual-fee card earns 2% cash back on every purchase — and automatically applies your rewards
Featured image by Le Provence, South Korea. Photo by Wanchanta / Getty Images