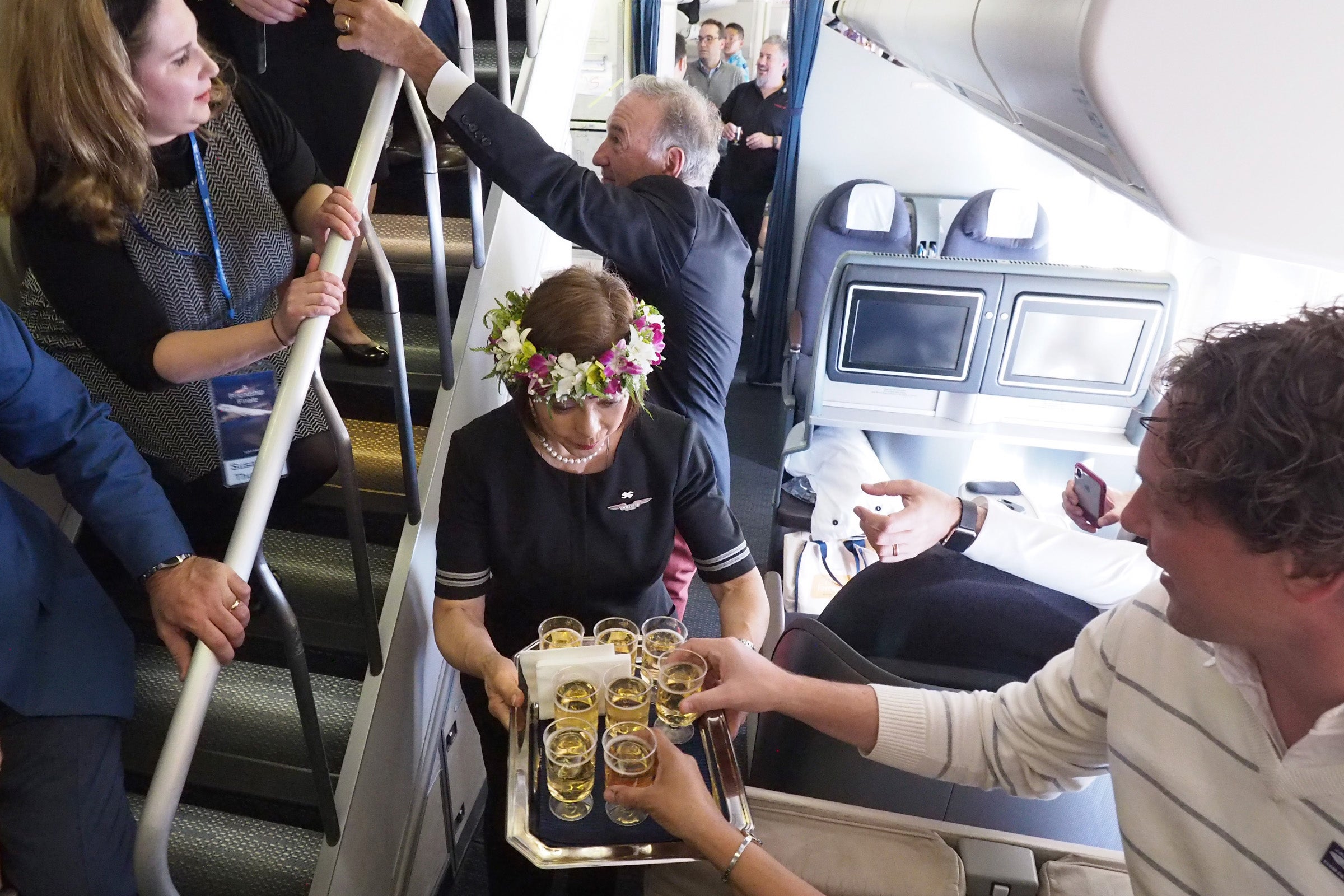 Final Goodbye to United's 747, The State of Caribbean Tourism, WOW Expands Again and More
This post contains references to products from one or more of our advertisers. We may receive compensation when you click on links to those products. Terms apply to the offers listed on this page. For an explanation of our Advertising Policy, visit this page.

TPG Editor-at-Large Zach Honig managed to snag the coveted seat 1A on for United's final 747 flight from San Francisco (SFO) to Honolulu (HNL). Passengers and the crew dressed the part for the final flight and partied like it was 1970 on board for the duration of the flight.

While Zach was up in 1A, TPG's Nick Ellis was also lucky to grab a seat (though in economy) on UA 747 from SFO to HNL. It was a far cry from your typical economy flight.

How Caribbean Tourism Is Doing After the Hurricanes

The Caribbean faced monumental damage in early September after Hurricanes Maria and Irma swept through the region. Find out how each country is doing after being devastated by floodwaters, high-speed winds and extreme power outages.

United's 747s are no longer flying, and now we know when Delta's will be retired, too. This is your last chance to fly on the Queen on a US carrier, and you're going to have to travel a long way from home to do so.

Citi Is Dropping Hilton as a Transfer Partner Later This Year

Earlier this year Hilton announced it was dropping Citi as a co-branded credit card partner and opted for a relationship with American Express exclusively. Now, Citi has shared that it will be dropping the Honors program as a transfer partner altogether.

WOW Air to Launch Service From Another New York Airport, With Fares From $99 One-Way

Over the course of this year, WOW Air has been aggressively expanding in the US, offering $99 one-way flights to Iceland and beyond. On Tuesday, the airline announced it's adding New York's JFK airport to its list of cities and added more flights out of Newark (EWR).

Earlier this week, JetBlue began flying Mint-equipped jets from New York (JFK) to Las Vegas (LAS). And beginning January 4, travelers will be able to fly the much-loved product between Boston (BOS) and LAS.

World Airways, which began flying in the 1940s and ceased operations in 2014, is coming back after its acquisition by investment firm 777 Partners. It will be re-launched as a long-haul, low-cost carrier operating a fleet of modern Boeing 787 Dreamliners.

This holiday season, take advantage of shopping portals in order to earn even more points and miles. Delta currently has an offer that gives shoppers up to 1,000 bonus SkyMiles after spending $300.

Qatar Airways rolled out a new program in May called +Qatar. This allows Qatar passengers to secure a 96-hour Qatari visa at no cost, plus one free night at a hotel. Now, the airline has extended this program through April 2018.