Is an All-A380 Airline Coming? 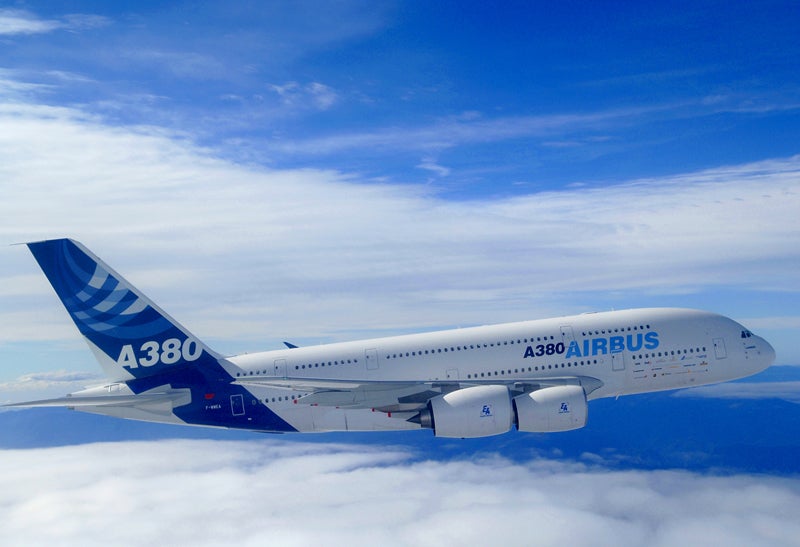 Is an All-A380 Airline Coming?
This post contains references to products from one or more of our advertisers. We may receive compensation when you click on links to those products. Terms apply to the offers listed on this page. For an explanation of our Advertising Policy, visit this page.

The A380 is a unique aircraft with a unique set of challenges, and the entire program's existence is possibly depending on Emirates. Now, an aircraft leasing company with an inventory full of the super jumbos is trying to combat those issues by creating its own airline because it can't find anyone else to lease the aircraft to.

Amedeo, an Ireland-based aircraft leasing company, is attempting to create its own airline, but with the intent of only operating A380s. It would be the only airline of its kind. The company currently owns eight A380s and has another 20 on order from Airbus, but is having trouble with its current business model. No airlines wanted to renew their leases with Amedeo or become new customers for the biggest passenger jet in the sky.

According to Amedeo's CEO Mark Lapidus, the new airline would make money in two ways. First it would operate, staff and fly the aircraft for airlines (most likely for budget carriers) who might need it on certain routes — this would be a so-called wet lease arrangement, with an airline using the Amedeo A380s when needed. Many consumers are used to buying a ticket through one carrier but flying on another.

Secondly, it would approach non-traditional travel companies like Airbnb and offer them the potential to have their own airline without having to build an actual airline from the ground up. It would tailor service to whatever the company wanted while actually doing the flying and staffing itself. Lapidus said Amedeo is already in early discussions with Airbnb and other "non-aviation firms."

However, some aviation experts doubt the viability of an entirely A380 airline. Dr. Alan R. Bender, a professor of aeronautics at Embry-Riddle Aeronautical University, told TPG that he'd "put good money on this concept being a major-league bust." Bender cited the faults of the A380 — being too big, very expensive to operate and unable to fly out of a vast majority of airports — as being the reason a business model like Amedeo's couldn't succeed.

Bender added that similar 747-only airlines like New York-based Tower Air have been "spectacular flops," and that's with the 747 being "far more practical than the A380."

Amedeo would also look at operating flights for low-cost carriers like Level, Norwegian and WOW. Configuring the A380 with only economy seats is what Lapidus thinks could disrupt the industry enough to make its business successful. Bender counters that being disruptive doesn't always lead to success.

Currently, Amedeo's A380s are all leased to Emirates, and the lessor plans on selling off its remaining 777s, A340s and A320s to pursue an exclusively A380 fleet. According to AirlineGeeks, Lapidus hopes to launch the new airline by 2022.

The A380 program is struggling — especially with Emirates backtracking on a large order and Singapore returning the first A380 that flew commercially. Nonetheless, Airbus hopes to revive its superjumbo program with a newer, more fuel efficient A380plus, which however has not been formally launched nor has at this point elicited open interest from potential customers.

Our points-obsessed staff uses a plethora of credit cards on a daily basis. If anyone on our team wouldn’t recommend it to a friend or a family member, we wouldn’t recommend it on The Points Guy either. Our opinions are our own, and have not been reviewed, approved, or endorsed by our advertising partners.
See all best card offers
Related stories
Guide
Save money with these travel-related offers on your credit cards this month
News
1st look: United's new Boeing 767-300 configuration with Premium Plus recliners
News
Racing through LaGuardia: The fastest way out of the airport and into an Uber
News
Travel leaders: US Government must do more to ease woes