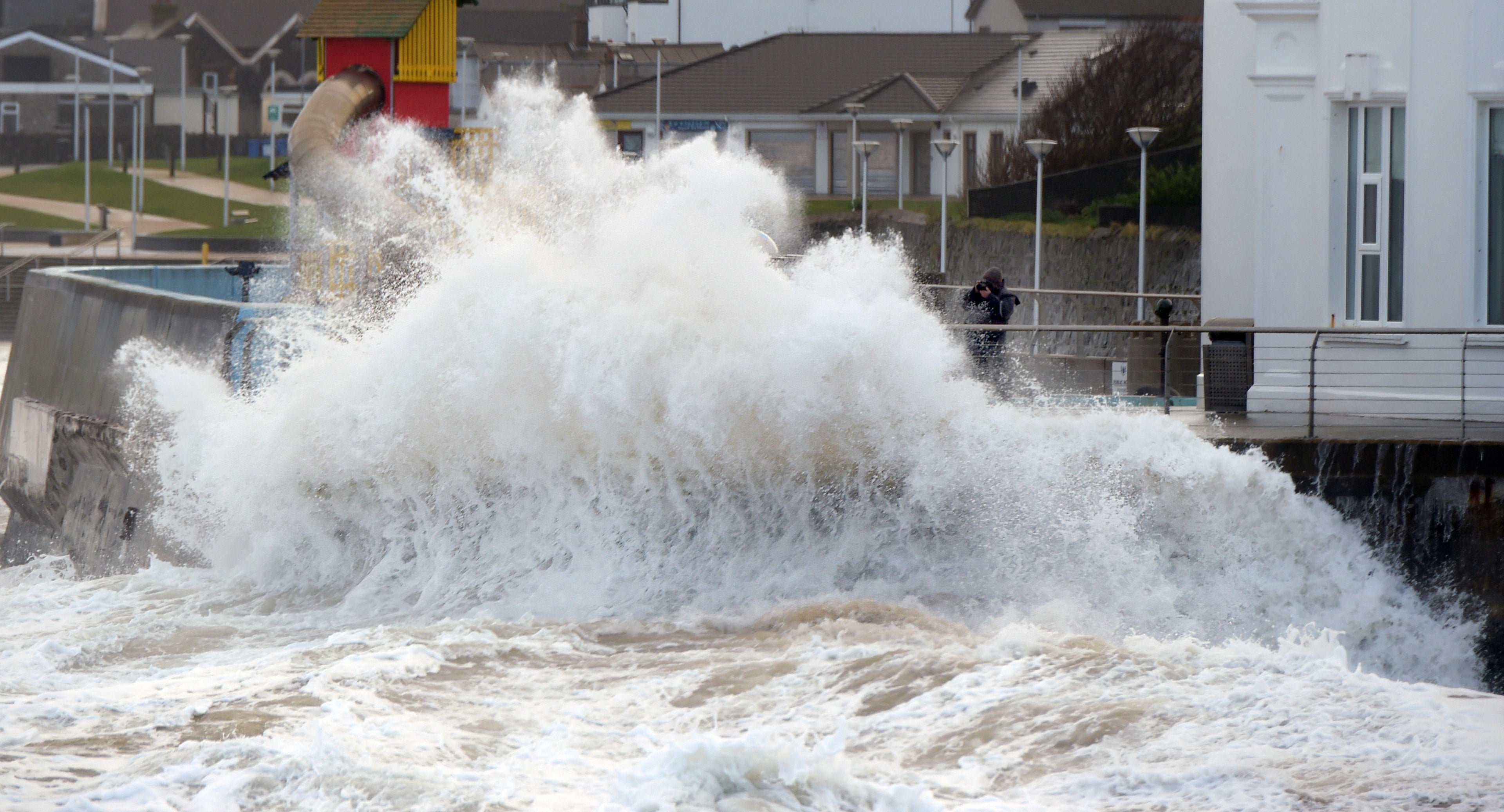 Hurricane Ophelia is less than a day away from a direct hit on the Irish coast near the city of Cork. The weakening cyclone is expected to pound Ireland with hurricane-force winds on Monday. The Met Éireann — Ireland's National Meteorological Service — has extended its highest possible "Status Red" weather alert to cover the counties of Wexford, Galway, Mayo, Clare, Cork, Kerry, Limerick and Waterford.

As of the 11am Eastern update on Sunday, Hurricane Ophelia has weakened to a Category 1 hurricane with top sustained winds of 90 mph. This is in line with the previous forecasts as the storm undergoes an extratropical transition. Further weakening is expected in the critical hours before landfall. However, the cyclone is expected to make landfall on the Irish coast with 75 mph top sustained winds.

The winds will be exacerbated by the storm's very fast northeastward movement, currently at 38 mph. This forward speed and the wind shearing that the hurricane is facing will make conditions much worse on the eastern side of the storm.

The center of circulation is expected to make landfall at 1pm Irish Time Monday (note: the times listed in the map above are Atlantic Standard Time, which is the same as Eastern Time right now). Let's take a look at airport- and airline-specific impacts and travel waivers.

The major airport closest to the center of the hurricane's forecasted landfall point is Cork (ORK). The airport has taken to Twitter to tell passengers to check the status of their flight with their airline, but "avoid traveling to [the airport] on Mon[day] unless absolutely necessary."

Shannon (SNN) notes the Red Warning covering the west coast of Ireland and asks travelers to "check your flight status with your airline before making your way to the airport."

Located on the stronger east side of the storm, Dublin Airport (DUB) is listed in most airline travel waivers (below) and might see significant delays even though it's further inland. For now, the airport is just advising passengers to check flight information before coming to the airport:

As of 11:40am Eastern Time Sunday, the following airlines have released travel waivers:

British Airways has already cancelled 43 flights for Monday. Most of these are in/out of London's Heathrow (LHR), as the airline notes there will be a "reduction in the number of aircraft from all airlines that can land each hour at Heathrow."

Despite being based in Ireland and having numerous flights likely to be affected by the storm, Aer Lingus hasn't issued a travel waiver. On Twitter, the airline is responding to all inquiries saying that there is "no changes to [its] schedule."

Similarly, Ryanair hasn't issued any travel waivers and "flights are operating as scheduled."