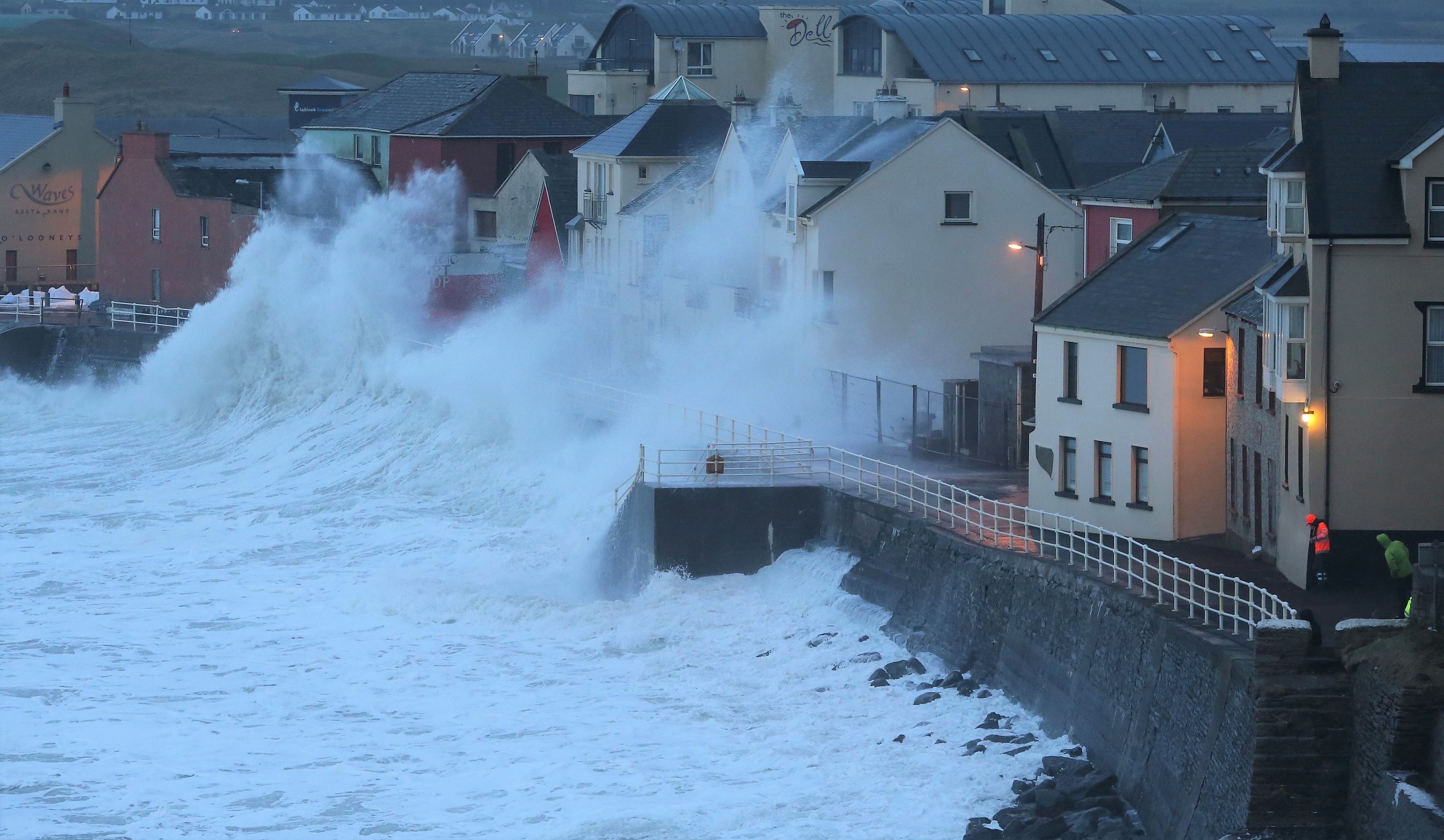 The 2017 Atlantic hurricane season has seen incredible destruction, and has been record-setting in so many ways. Yet again, it's delivering another wild storm. Located in the eastern Atlantic 220 miles south of the Azores, Hurricane Ophelia just strengthened into a "major" hurricane (Category 3) with top sustained winds of 115 mph. Ophelia sets the record for the furthest east a major hurricane has ever developed or been tracked.

Moving quickly to the northeast, the powerful hurricane now has Ireland in its crosshairs. Hurricane Ophelia is forecast to make landfall in the country on Monday as a post-tropical cyclone packing hurricane-force winds.

In preparation for the storm, the Met Éireann — the Irish National Meteorological Service — has issued its highest possible "Status Red" severe weather warning. The alert warns Irish residents in Galway, Mayo, Clare, Cork and Kerry of "structural damage and disruption, with dangerous marine conditions due to high seas and potential flooding." The warning runs from 9am local time Monday to 3am local time Tuesday.

But, it's not only Ireland that's going to be affected by the storm. Strong winds will impact much of the British Isles:

Delays and possible cancellations of transatlantic flights are likely due to the storm's passage through the airspace around the British Isles, vital to transatlantic aircraft. Flights to/from Ireland are the most likely to be impacted, but flights originating or terminating in the United Kingdom might also be affected.

As of 7:40pm Eastern Time, the following airlines have released travel waivers:

As this major hurricane nears landfall in the British Isles, we can expect to see more travel waivers issued. However, as of publishing, the following airlines haven't yet released waivers: Aer Lingus, British Airways, Delta, Ryanair

This story has been updated to reflect travel waivers released after publishing.

Related stories
A rewarding airline credit card: JetBlue Plus Card review
Ian beginning to affect travel with potential to reach US as major hurricane
Practical Pointers: Make sure you don't miss that credit card welcome bonus
Who should (and shouldn’t) get the Bank of America Premium Rewards Card?
Featured photo by PA Images via Getty Images

Our points-obsessed staff uses a plethora of credit cards on a daily basis. If anyone on our team wouldn’t recommend it to a friend or a family member, we wouldn’t recommend it on The Points Guy either. Our opinions are our own, and have not been reviewed, approved, or endorsed by our advertising partners.
See all best card offers
Related stories
Guide
A rewarding airline credit card: JetBlue Plus Card review
News
Ian beginning to affect travel with potential to reach US as major hurricane
News
Practical Pointers: Make sure you don't miss that credit card welcome bonus
Guide
Who should (and shouldn’t) get the Bank of America Premium Rewards Card?