Skip to content
Maximize your travel
Change To UK

Best Hotel for an Astros Game is Westin Houston Downtown

My oldest daughter, my parents, and I spent Friday night rooting as hard as we could for the home team at Minute Maid Stadium in downtown Houston. The Houston Astros had left for New York days earlier up 2-0 in a best of 7 series against the Yankees, and they came home down in the series 3-2 and facing elimination after getting beat three nights straight in the Bronx. It was not pleasant watching them get spanked by the Yankees three games straight on TV, but now we were the home team and as fans, we were going to do our part to yell, and scream, and wave our orange towels to try and reverse the (temporary) curse.

Rewind to a week or two prior when my dad secured four tickets to the game when they went on sale directly from the Astros for about $100 each. At that point, there was no guarantee there was going to be a game six in that series, so while we had tickets, we didn’t know if we would ever get to use them. Still, I have been to an Astros postseason game before and I know how tough the parking situation can be and how long it takes to get out of downtown Houston after the game is over. I had no desire for my seven-year-old daughter and me to still be trying to get out of downtown around midnight after a game, so we booked a room at the Westin Houston Downtown while rates were relatively low before most people were really thinking about that game. Those familiar with Houston will know that this hotel was known as the Inn at the Ballpark until a few years ago.

The Westin Houston Downtown is literally across the street from the Astros’ Minute Maid stadium. They only offer valet parking, but valet parking right across the street from the stadium for $32 overnight is a killer deal in the postseason compared to what parking prices would otherwise be right across from the stadium entrance. A few years ago we actually booked a room here before a playoff game just so we could park two cars and have a home base with our then two-month-old baby.

However, this time around we planned to actually spend the night after the evening game, and I am so glad that we did. There is no better place to stay after an Astros game, and as you can tell from the lobby a couple hours before the game started, lots of other people already know this. 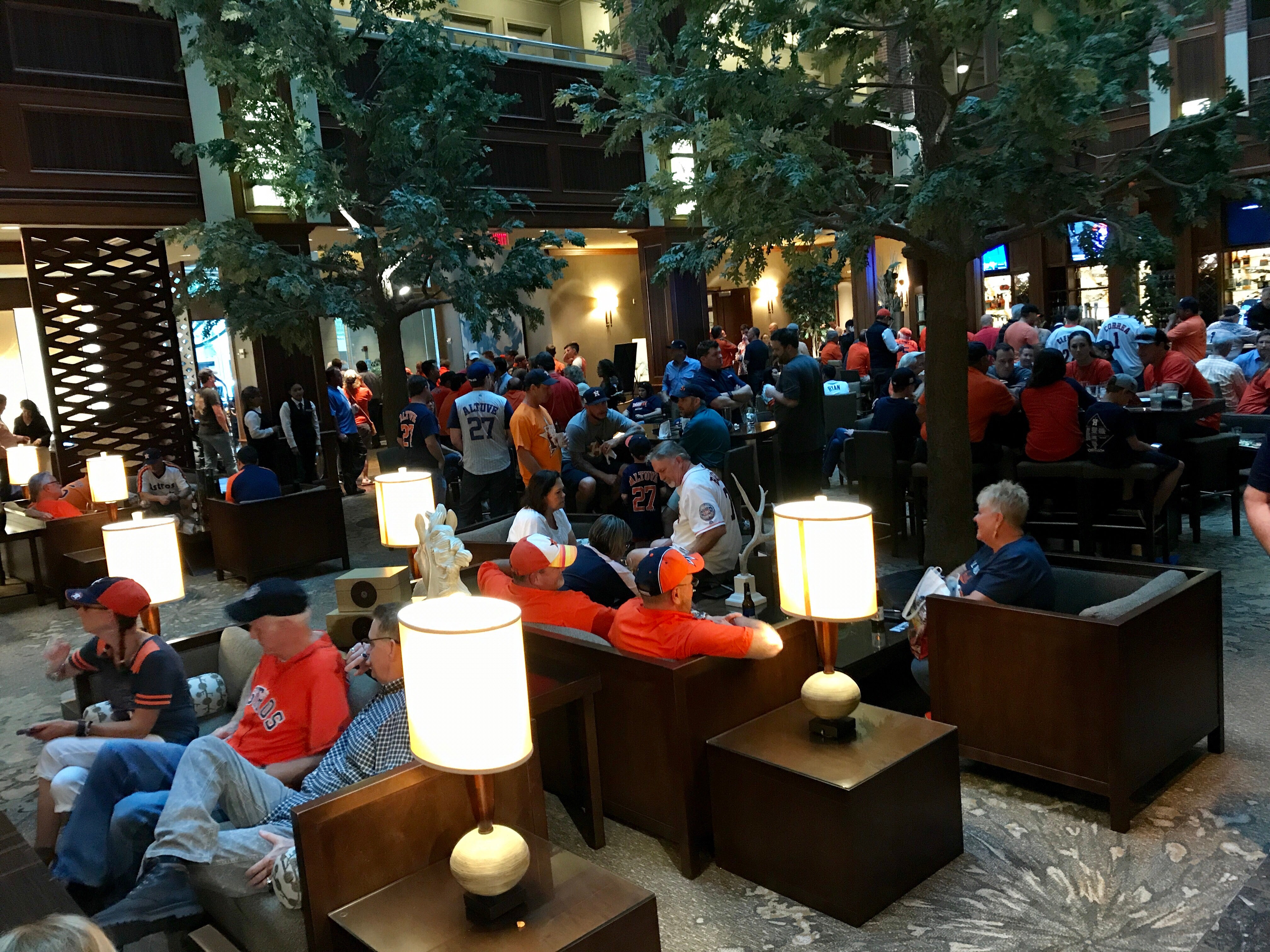 Check-in at the Westin Houston Downtown a few hours before the Astros game was easy and efficient and we were given a drink worth up to $15 at the bar for being SPG Gold members. 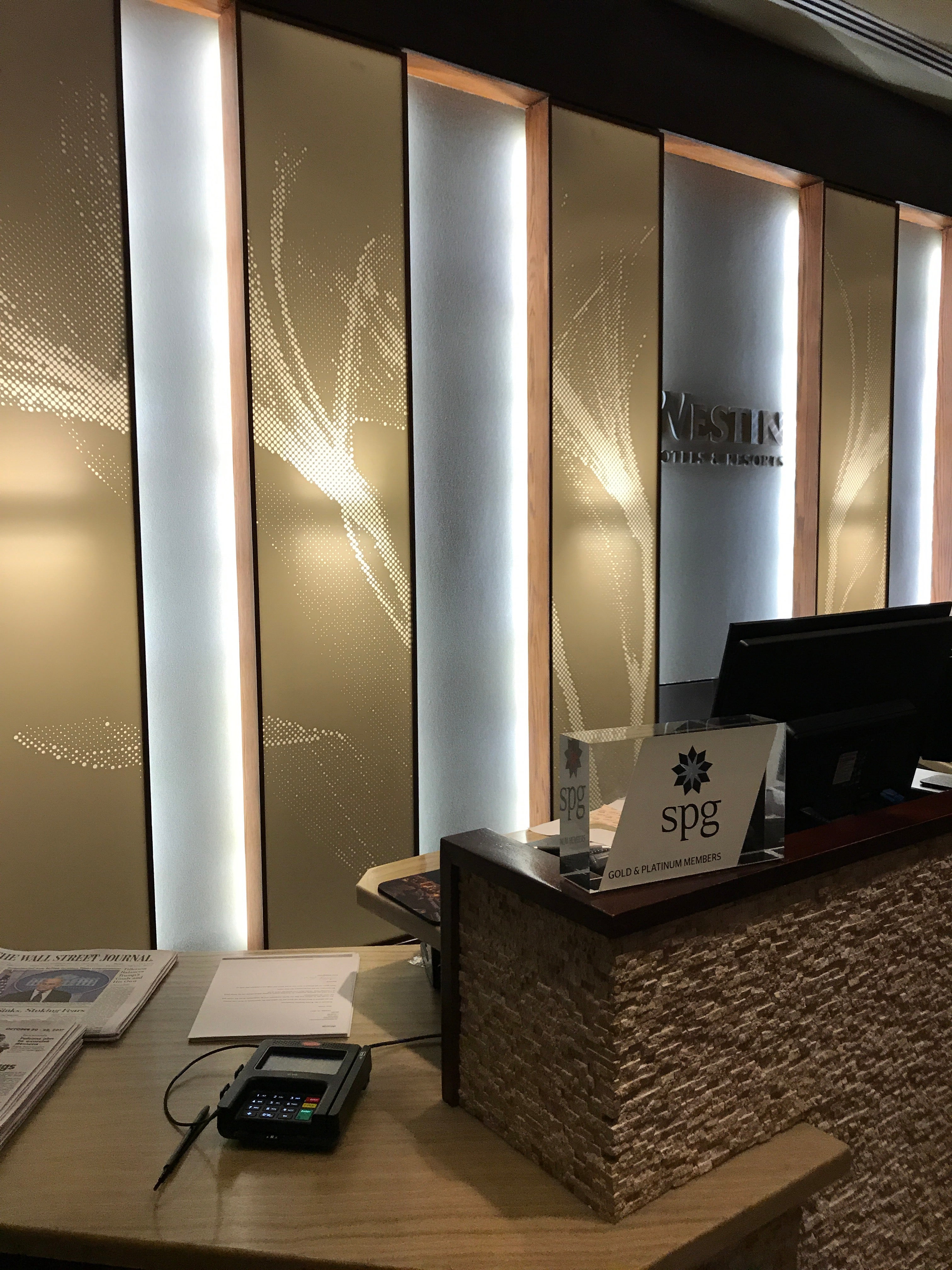 During the playoff game, the hotel not only had the bar hopping, but there were several “beer stations” around the lobby where you could get a drink without waiting in line at the bar.

Within a few minutes of checking in, we were on our way to our king room on the 8th floor. It was clean and spacious at over 350 square feet with the truly Heavenly Westin bed that was more than welcoming after the game ended and we got to the room hours past our normal bedtime. 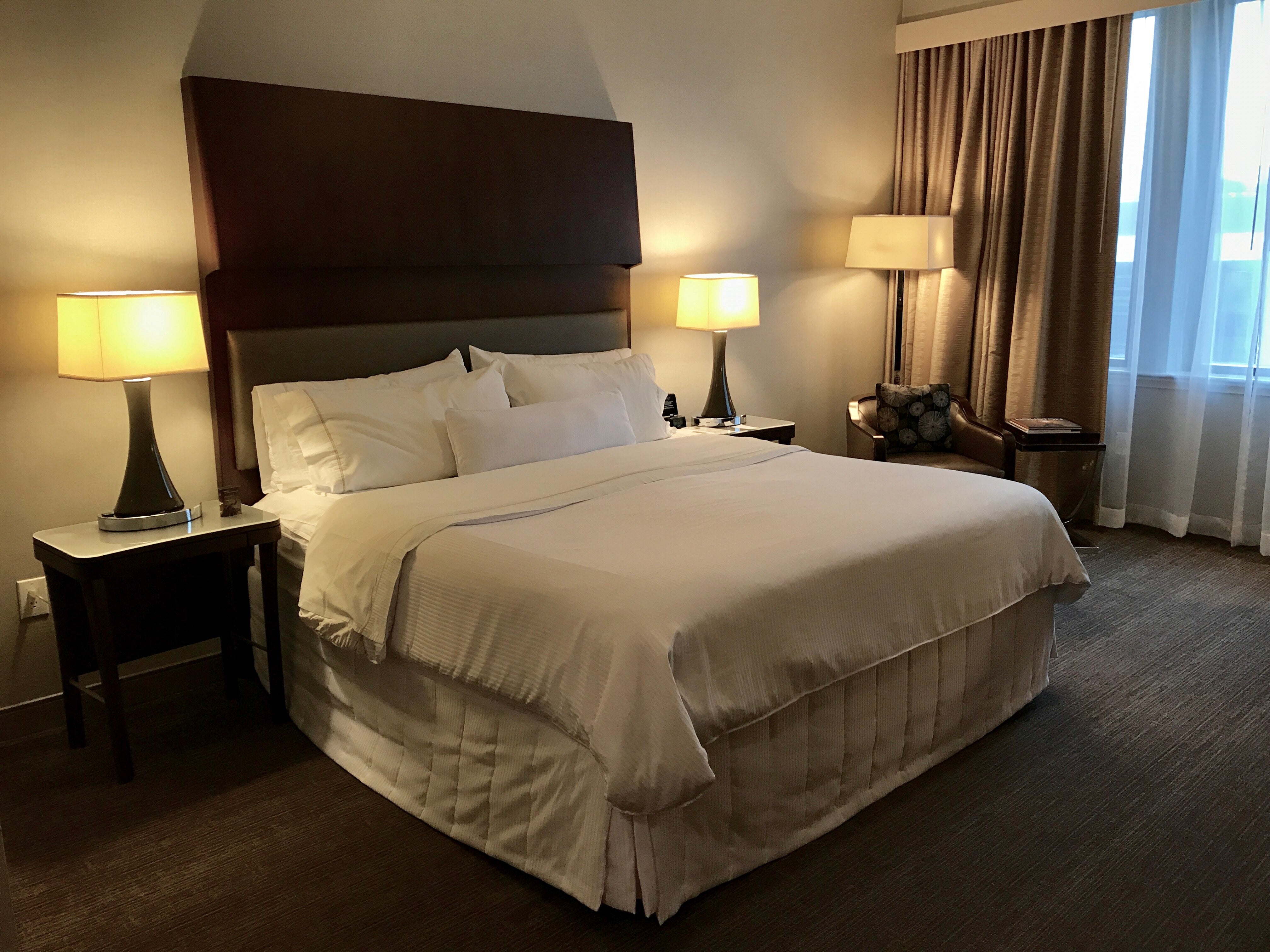 This is a pretty traditional hotel room where the lights are easy to work, you are in control of the room temperature, and the bathroom is in a real separate room with easy to work nozzles and settings. In other words, it was pretty much perfect for our purposes. 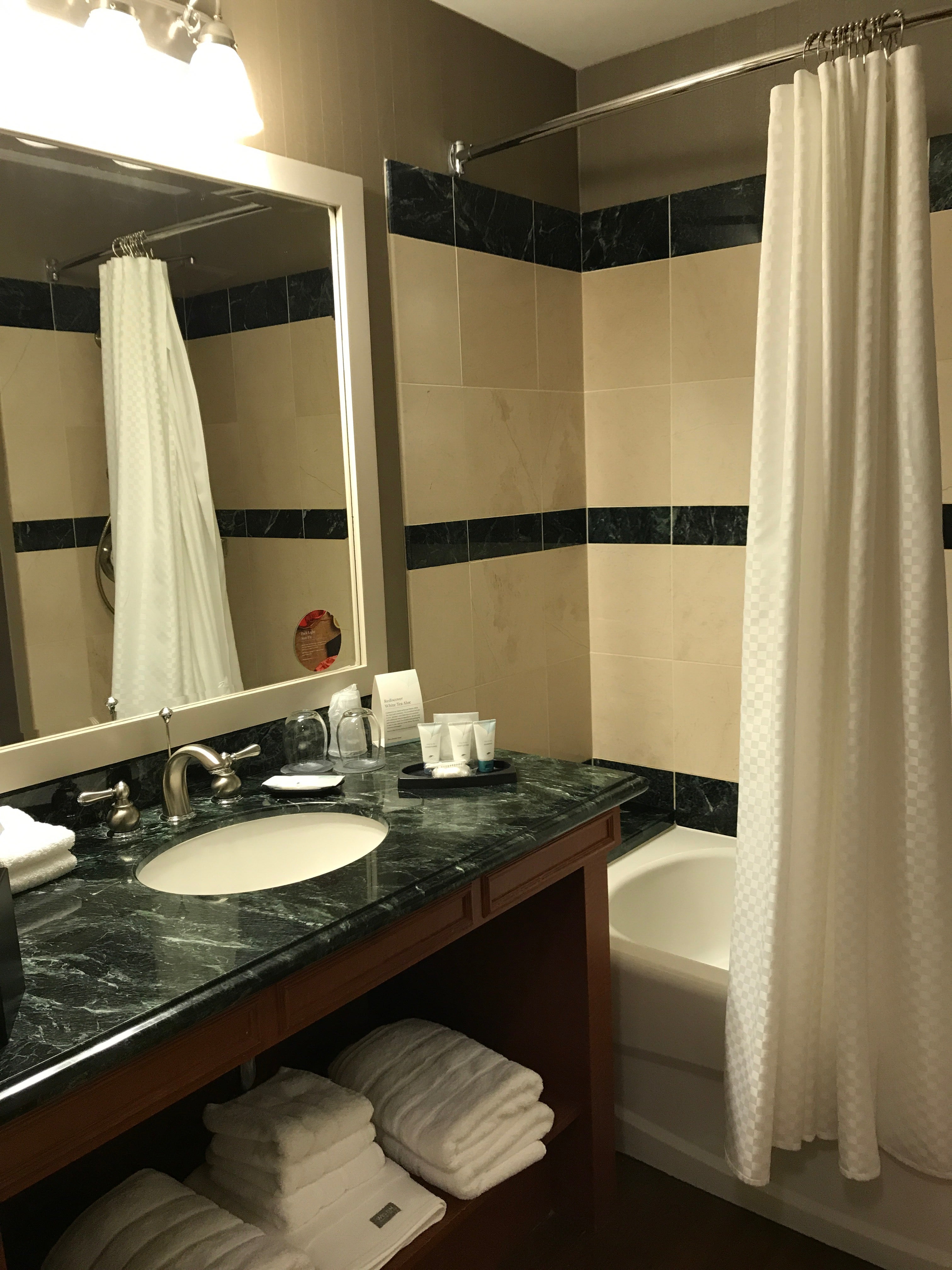 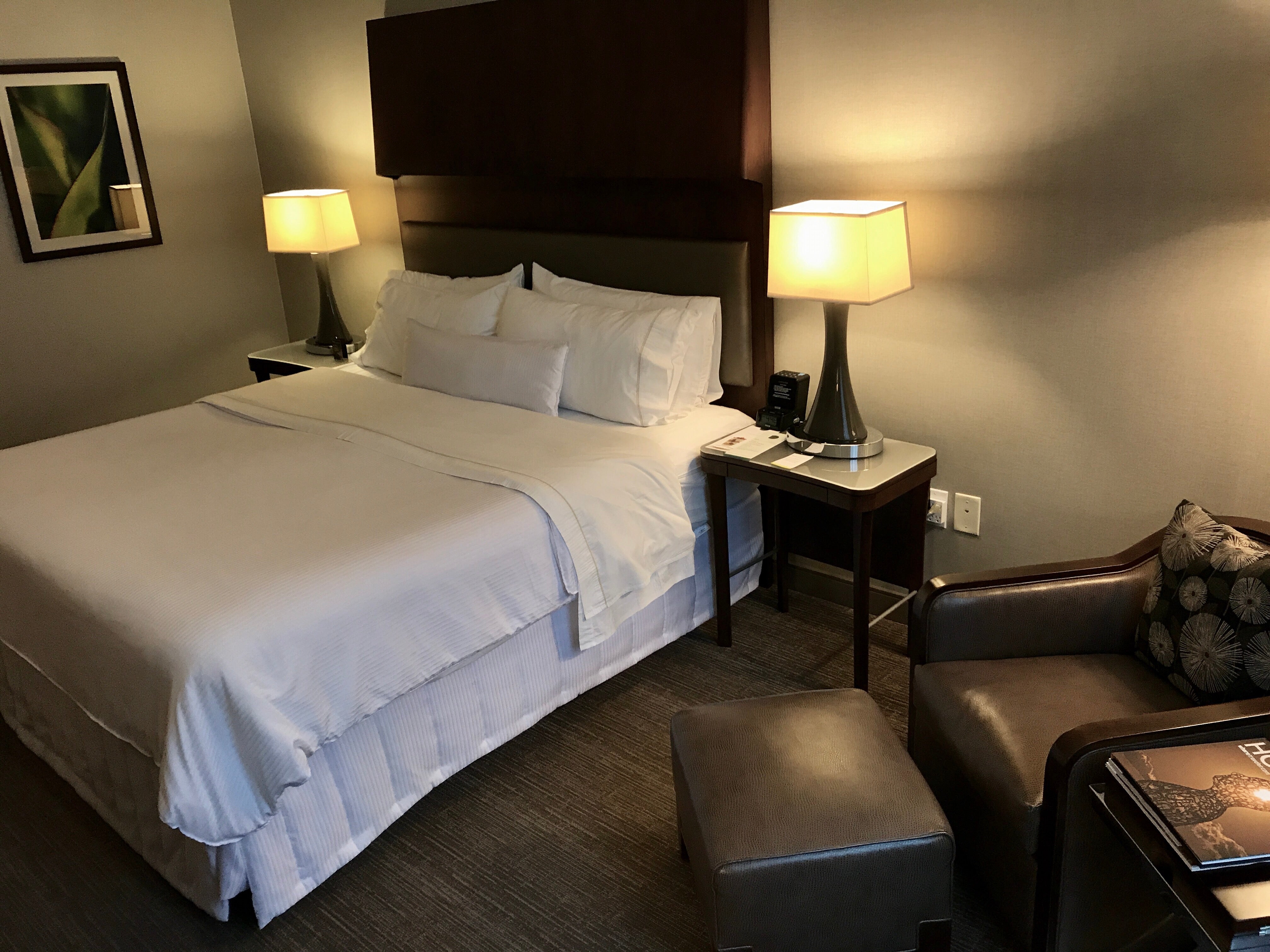 My oldest daughter is always happy to put a hotel desk to good use working on her stories and drawings, so even if Millenials don’t dig hotel desks, maybe the generation after them can put them to good use when they tire of their iPads. I will offer a warning that the WiFi here says it is only free to SPG Platinum members when you connect, but it was indeed free for us as well just as it should be since we booked our stay directly with SPG. 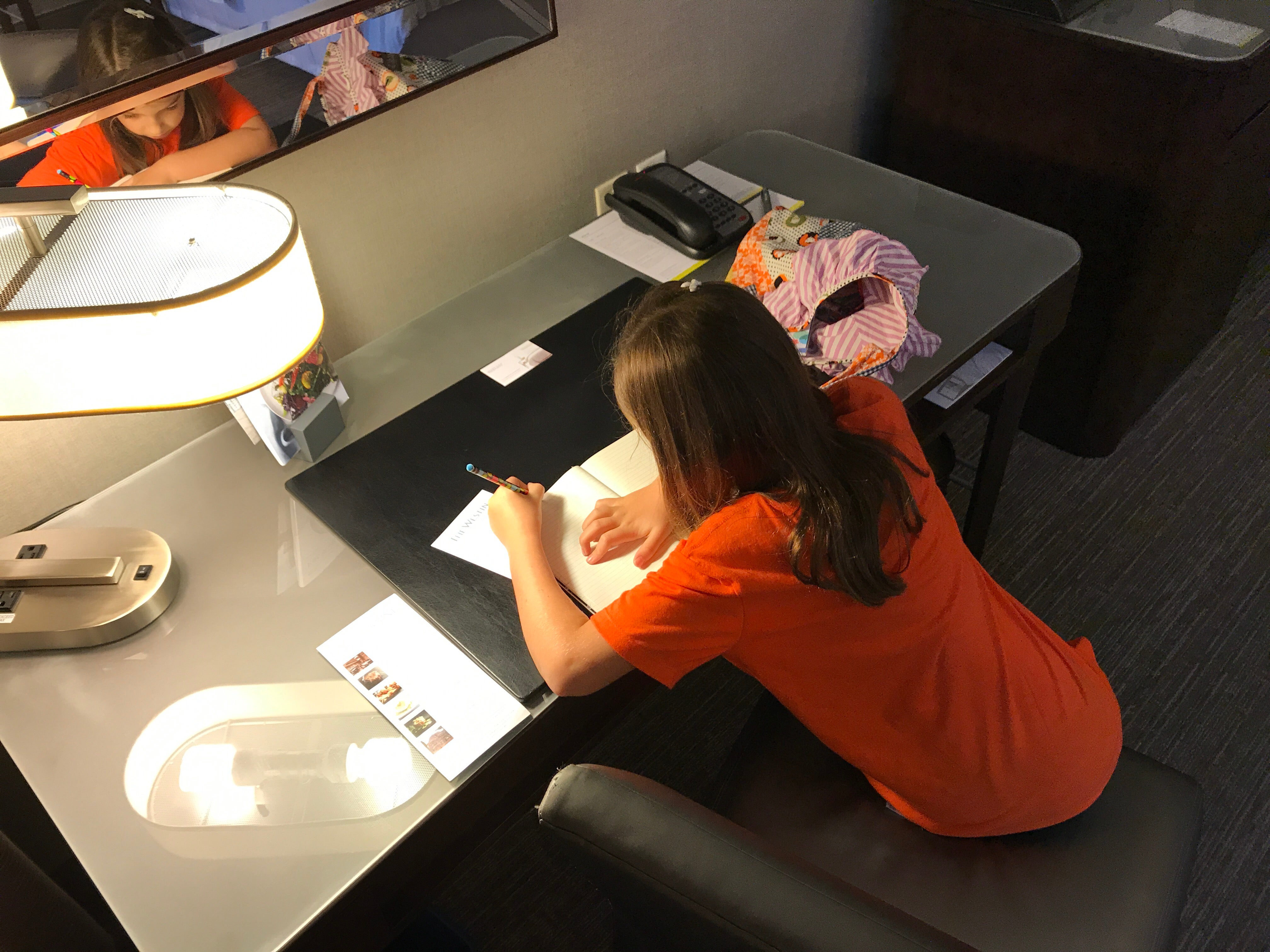 One thing I was a little bit worried about when planning our stay was ambient noise in the room after the game, especially since we won and everyone was in a celebratory mood. In the atrium lobby you did hear happy voices after the game, and as you ascended in the elevator shaft you could still here the happy lobby crowd, but once we reached our room on the 8th floor we didn’t really hear anything and it was easy to pass right out. 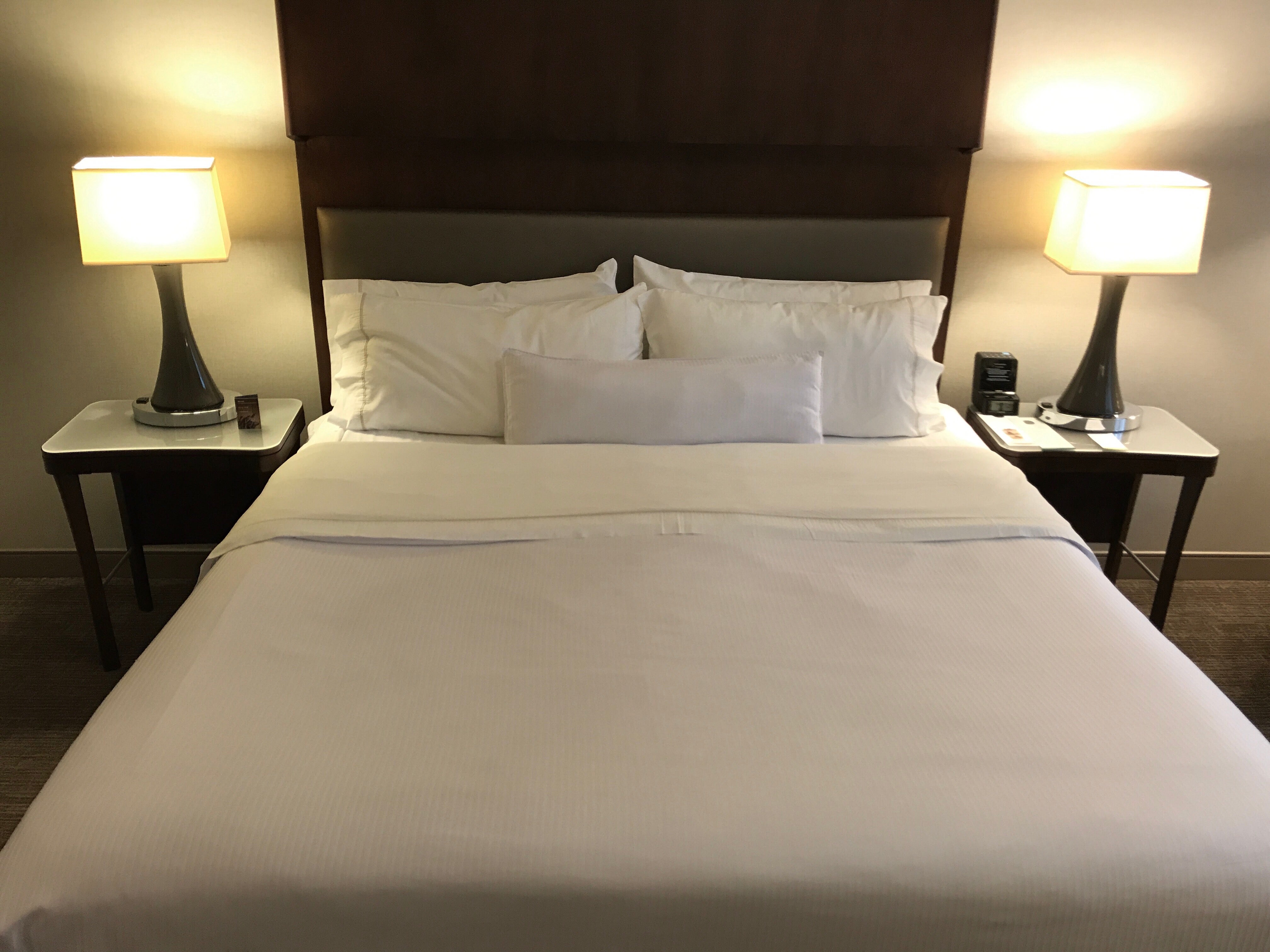 As a Category 5 SPG property that can be 12,000 – 16,000 SPG points per night, it can sometimes be better to snag a $150+ paid rate and earn SPG points. However, during big games and events, points rates can be the way to go when rates skyrocket.

Now, if you are thinking about snagging a room here during the World Series it may be tough at this point. I do see rooms available the nights of a couple of the games in Houston, but they are priced as a special event rate at $899+, and while SPG does not have blackout dates, this special event seems to have received an exception as I did call to try and chat to book an award stay and I was told there are no award rooms as it is a special event.

We can delve more into that blackout dates vs. special events policy in a different post, but the main takeaway from this post is intended to be that the Westin Houston Downtown is an exceptional place to stay when you want to see an Astros game at Minute Maid Park both for the actual comfortable accommodations and for a perfect parking arrangement. While it doesn’t look like we will be staying there during the World Series (not that we have tickets anyway!), we will absolutely be back to stay again in the future. 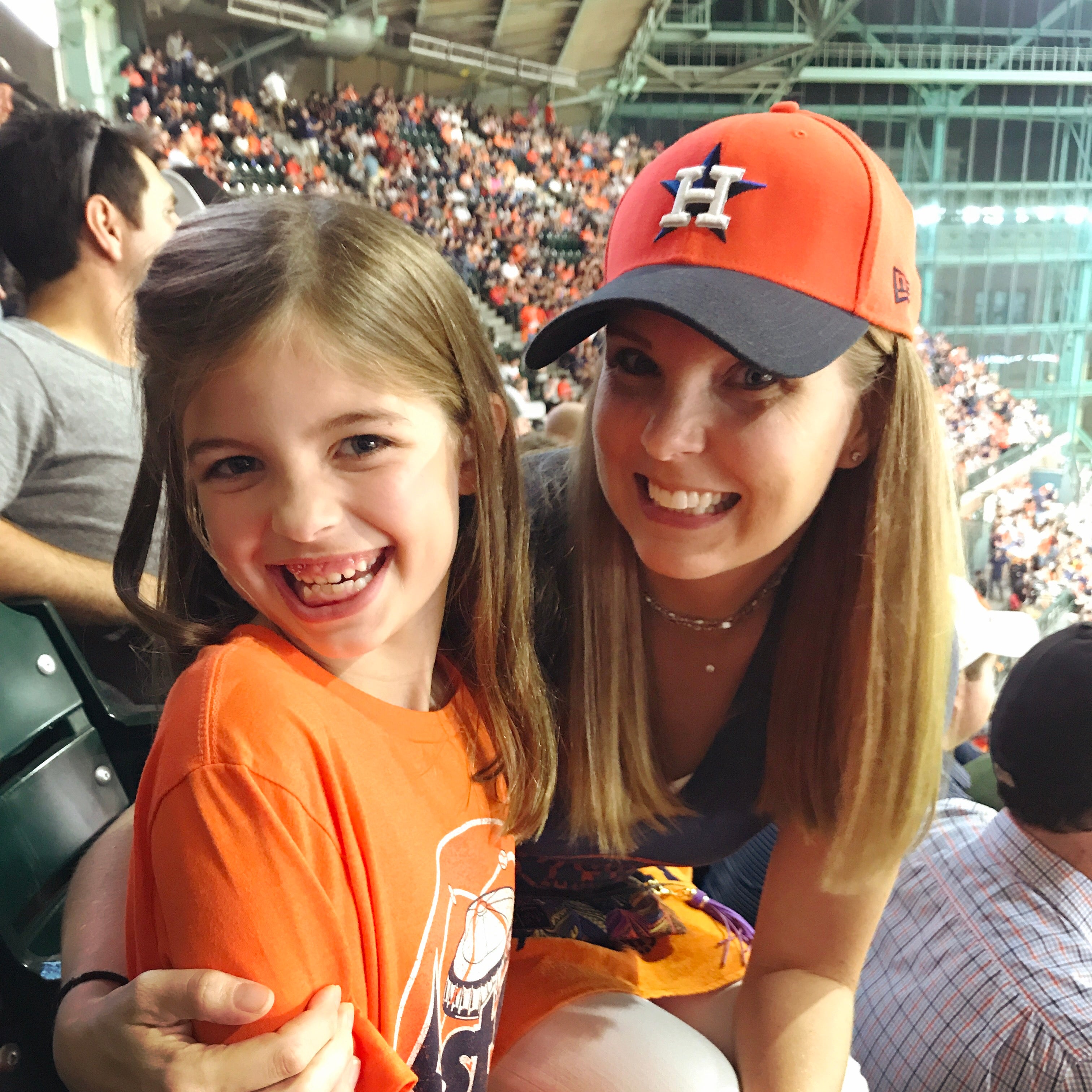 Have you stayed at the Westin Houston Downtown after an Astros game?

Sign up for our daily newsletter
Summer Hull aka Mommy Points, ran the Mommy Points site for families who want to travel more for less using miles and points for seven years and now heads up TPG Family when she isn't exploring the world with her own two girls.
You might like
6 reasons to pick the W Maldives over The St. Regis
News
7h ago
12 key things to know about TSA PreCheck
News
11h ago
Own part of an iconic A380 with these snazzy new luggage tags
News
Yesterday
Chase Sapphire Preferred® Card